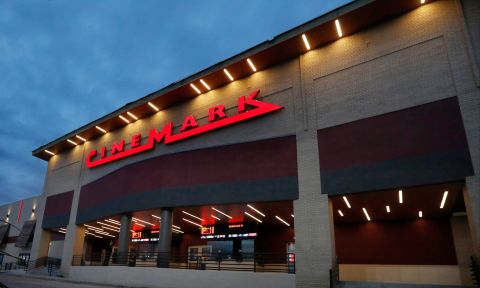 A mainstay since 1994, the refurbished theatre will offer 10 auditoriums with added movie options and brand-new amenities

Cinemark Holdings, Inc., one of the world’s largest and most influential movie theatre companies, announced today that the Cinemark Movies 10 theatre will officially reopen to the public as the Cinemark Central Plano theatre on Thursday, Nov. 14. The theatre has been completely transformed to bring the central Plano community a state-of-the-art entertainment experience with enhanced moviegoing amenities and upgrades. Tickets are now available at cinemark.com.

“After 25 years in the central Plano community, Cinemark is excited to open this revitalized theatre that has been transformed into an entertainment destination that our customers want and deserve,” said Mark Zoradi, Cinemark CEO. “We are confident our guests will enjoy having a modernized theatre in the heart of their community where they can enjoy the latest movies with their friends and family.”

The remodeled theatre offers a variety of new amenities, including:

About Cinemark Holdings, Inc.
Headquartered in Plano, TX, Cinemark (NYSE: CNK) is one of the largest and most influential movie theatre companies in the world. Cinemark’s circuit, comprised of various brands that also include Century, Tinseltown and Rave, operates 548 theatres with 6,082 screens in 41 states domestically and 15 countries throughout South and Central America. Cinemark consistently provides an extraordinary guest experience from the initial ticket purchase to the closing credits, including Movie Club, the first U.S. exhibitor-launched subscription program; the highest Luxury Lounger recliner seat penetration among the major players; XD – the No. 1 exhibitor-brand premium large format; and expansive food and beverage options to further enhance the moviegoing experience. For more information go to https://ir.cinemark.com/.