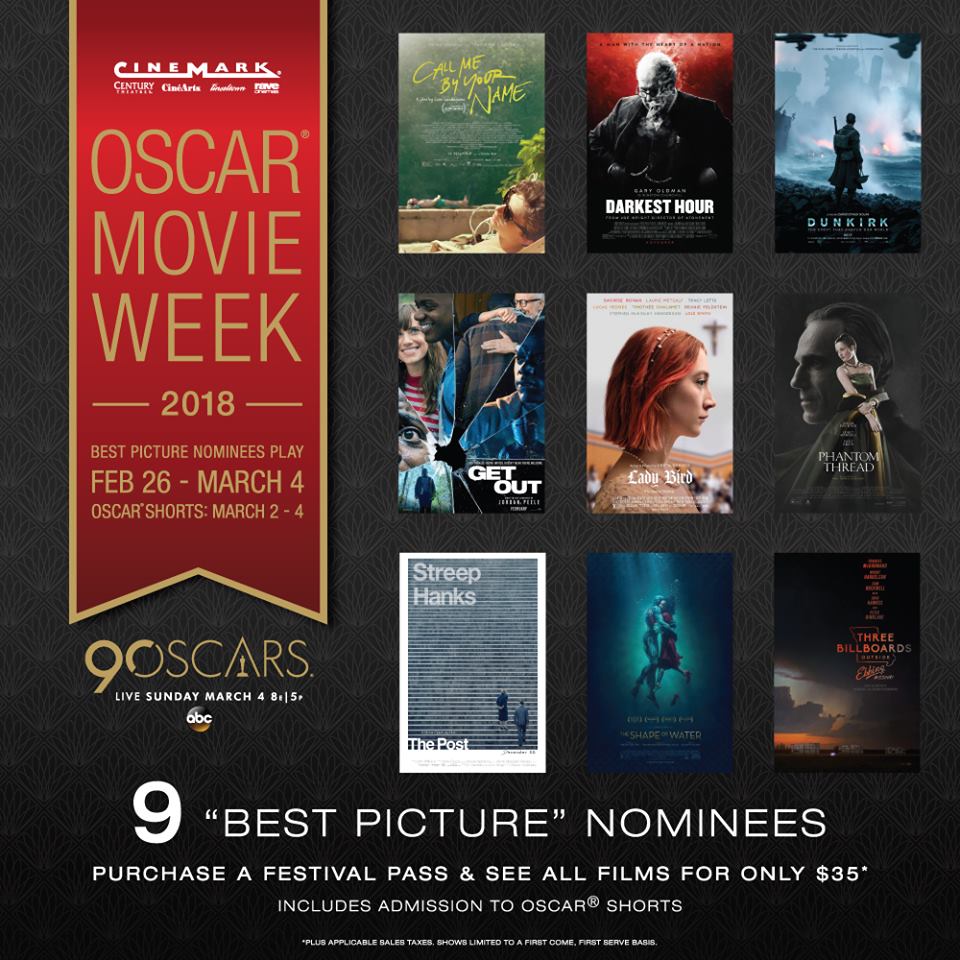 Guests Can Purchase Cinemark's $35 Festival Pass To See All Best Picture Nominees and All Nominated Shorts at Select Cinemark Theatres From Feb. 26 Through March 4

“Cinemark’s Oscar Movie Week is one of our most popular and anticipated programs we present during the year,” said James Meredith, Cinemark’s SVP of Marketing and Communications. “Cinemark fans truly look forward to this opportunity to experience the very best films of the year in the best movie-watching environment.”

Cinemark’s Oscar Movie Week Program begins Monday, Feb. 26. Guests can purchase Cinemark’s special Festival Pass for $35 and watch all nine films all week. Festival pass holders receive an exclusive offer for 50% off any size popcorn and will be awarded a specially designed keepsake badge and lanyard. Guests can also enjoy the nominees on a single-film basis at regular admission price. Tickets for the Oscar Shorts Program, which include seeing all 10 short films, are only $10 each. Find participating theatres and check show times at cinemark.com/Oscar-movie-week.

About Cinemark Holdings, Inc.
Cinemark is a leading domestic and international motion picture exhibitor, operating 533 theatres with 5,957 screens in 41 U.S. states, Brazil, Argentina and 13 other Latin American countries as of September 30, 2017. For more information go to investors.cinemark.com.