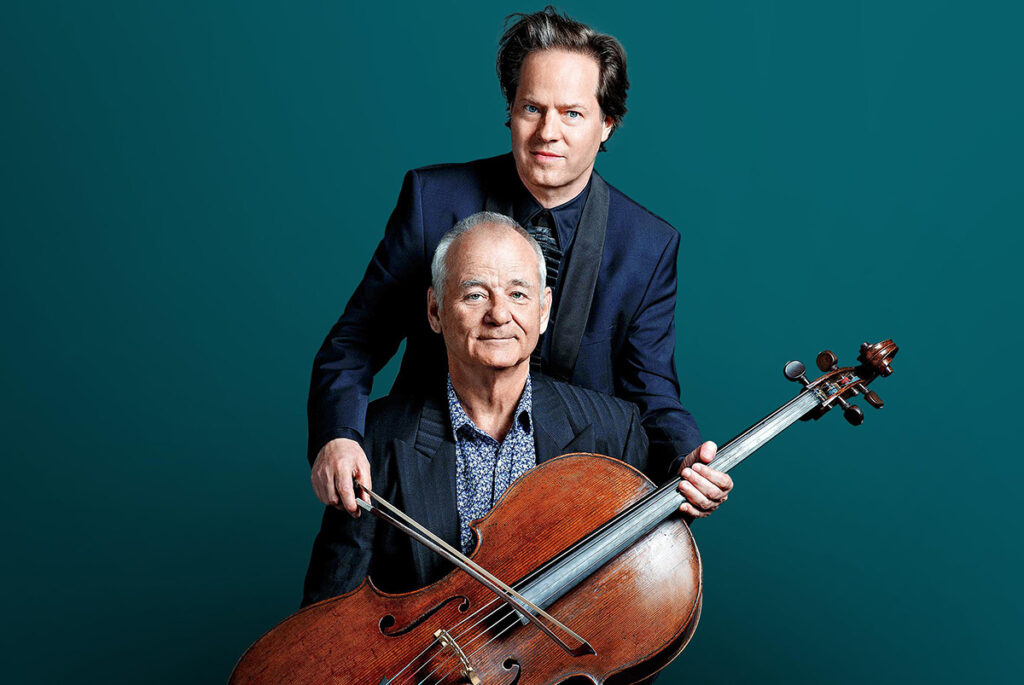 The film will premiere in theaters across the United States February 2 - 28, 2022

Announced today, CineLife Entertainment, a division of Spotlight Cinema Networks, will release “New Worlds: The Cradle of Civilization,” a co-production between Dorn Music, Makuhari Media, and Neda Film, across theaters in the US beginning February 2nd, 2022. The concert-documentary film, which originally premiered at the 74th annual Cannes Film Festival in July 2021, showcases an unforgettable performance of timeless poetry and exquisite music by legendary actor and comedian Bill Murray and world-renowned cellist Jan Vogler. The film immortalizes the final concert on the European leg of the worldwide concert tour of the show New Worlds: Bill Murray, Jan Vogler, & Friends, the first real music project of Bill Murray’s varied and incredible career.

“I rode the perfect wave of three wondrous musicians,” said actor Bill Murray of the project and film.

“New worlds became a fantastic artistic journey that was born from my friendship with Bill,” said Jan Vogler. “I will always treasure our New Worlds Tours as one of the most exciting adventures in my life.”

On a glorious Greek evening, screen legend Bill Murray and world-renowned cellist Jan Vogler rock the Acropolis with a timeless mix of poetry and music. Captured on film by director Andrew Muscato, Murray and Vogler are joined by the dazzling Mira Wang (violin) and dynamic Vanessa Perez (piano). The international quartet enchants the Athenian audience from the 2,000 year-old stage of the Odeon of Herodes Atticus with musical reflections on love, hope and heartbreak. Spanning from Bach to Van Morrison, Whitman to West Side Story, the wildly entertaining, humorous and deeply touching program is infused with the one-of-a-kind charm of Bill Murray.

“This concert-documentary brings together some of the most legendary and renowned voices of the industry,” said Bernadette McCabe, CineLife Entertainment’s Executive Vice President. “We are thrilled to be distributing this across the country so viewers everywhere can enjoy this enchanting film.”

“We couldn’t be more humbled that the years of working with Bill Murray, Jan Vogler, Mira Wang and Vanessa Perez on New Worlds has culminated in this worldwide theatrical release. We are thrilled that with our partners we can now bring it to audiences to enjoy.” says Tanja Dorn, of Dorn Music who produced the film.

The performance in Athens was presented by Minos EMI