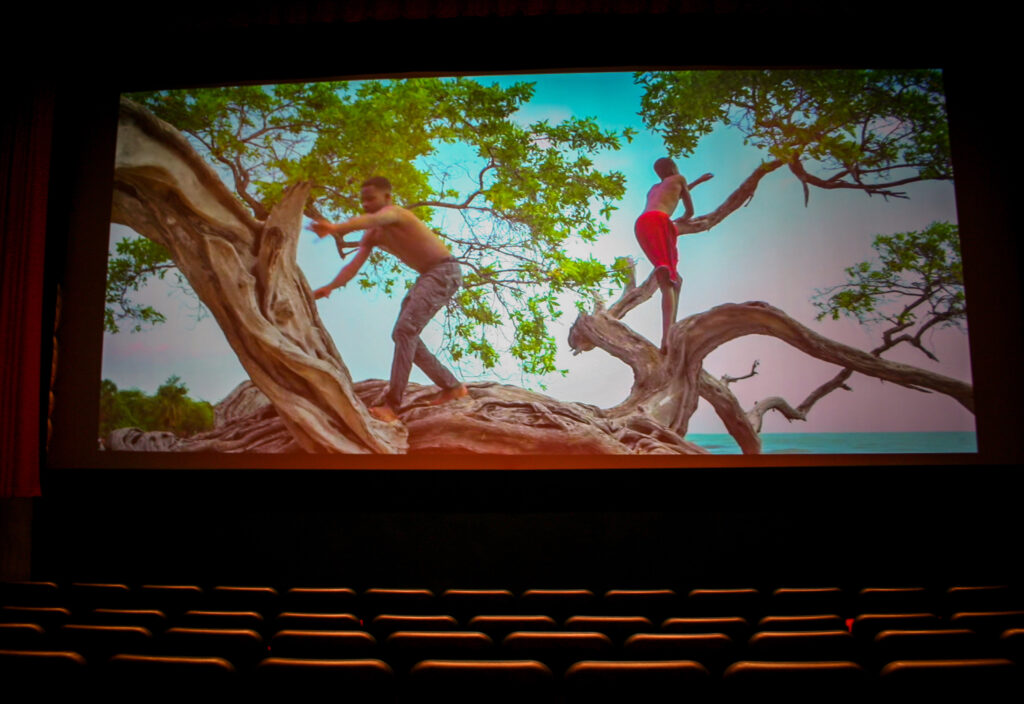 Christie is pleased to announce that the Jamaican cinema chain Palace Amusement Company has opened a new four-screen multiplex in Portmore Pines, St Catherine, featuring Christie digital cinema projection throughout, including an RGB pure laser projector, the first of its kind in the country. CES+ (Cinema Equipment & Supplies) carried out the installation.

A long-standing Christie client, Palace Amusement’s 16 screens throughout the country are all equipped with the brand’s projectors. “We have continuously trusted on the brand for its cutting-edge technology and the truth is that our Christie projectors have always been very reliable” explained Shawn V Smith, CTO at Palace Amusement Company.

“At ShowEast we saw a demonstration of Christie’s RGB pure laser projectors and we were very pleased with their light output. The brightness and picture quality were excellent and because of this we had to have it as a first in this region,” said Smith.

Palace Amusement Company currently operates four cinemas – Carib 5 with 1,355 seats and Palace Cineplex with 349-seats, both in Kingston; Palace Multiplex in Montego Bay, which has 845 seats; and the new Sunshine Palace in St Catherine.

With brightness levels for varying screen sizes from boutique to mainstream to premium large format (PLF), Christie’s proprietary RGB pure laser technology – Christie RealLaser, takes audiences to new worlds of color and contrast with a choice of 2K or 4K systems, all 3D capable and delivering greater than 95% of the Rec. 2020 colour space.

Christie’s RGB pure laser projectors have been embraced by exhibitors around the world as the best replacements for lamp-based projection systems and new installations. In Latin America and the Caribbean, major cinema chains in Brazil, Mexico, Honduras, Costa Rica, Ecuador and Colombia have deployed these systems in their mainstream auditoriums.