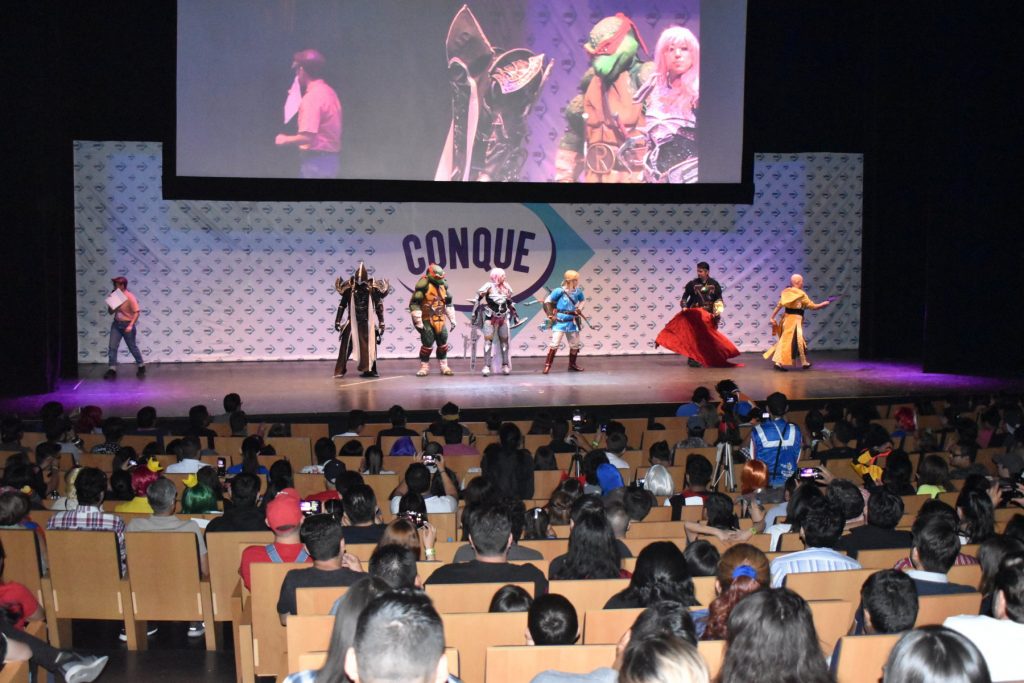 Christie was the projection partner at Conque 2019, Mexico’s biggest comics and entertainment event, for the second year running. Held recently at the Congress Centre in the city of Querétaro, the event’s main auditorium was kitted out with a Christie CP4325-RGB pure laser projector using RealLaser™ technology.

The convention attracted over 35,000 people and this year’s special guest star was Elijah Wood, celebrated for his role in The Lord of the Rings trilogy based on the novels by J. R. R. Tolkien. And the exclusive premiere of the filmTolkien was one of the event’s main attractions, which was screened with the Christie projector like all the other presentations held at the convention.

Ernesto Armus, general manager, cinema sales, Christie, explained that “because of the success of last year’s event and the satisfaction of the distributors, Christie projection set a new benchmark at Conque.”

Luis Gantús, managing director of Conque, confirmed: “In 2018, the relationship between Conque and Christie ran very smoothly and all the projections at the event went extraordinarily well. Not to mention the fantastic professionalism and seriousness of the Christie team. It is crucial for us to have the best possible projection on screen, because our public is very demanding.”

Alfredo Bortot, Conque’s head of motion design, added: “This year we decided to go one step further and opt for RGB pure laser projection because Conque always wants to be at the forefront with the latest technology. And the truth is that the result was incredible; the brightness and quality of image really wowed our audience. All the feedback we received tells us that they were delighted to see the contents they were interested in with such high quality.”

Ernesto Armus concluded: “We are really pleased to have taken part once again in this event in the knowledge that our RGB pure laser projectors delivered the flawless cinema-quality image and performance that festivals and events are looking for.”

With its RealLaser™ technology and the CineLife™ electronic platform, the RGB pure laser Christie CP4325 is a compact all-in-one DCI-compliant projector that stands out for its superior image quality, low cost of ownership andexceptional operational lifetime that guarantees over 30,000 hours without having to worry about lamp changes.

Christie Digital Systems USA, Inc. is a global visual and audio technologies company and is a wholly-owned subsidiary of Ushio, Inc., Japan, (JP:6925). Consistently setting the standards by being the first to market some of the world’s most advanced projectors and complete system displays, Christie is recognized as one of the most innovative visual technology companies in the world. From retail displays to Hollywood, mission critical command centers to classrooms and training simulators, Christie display solutions and projectors capture the attention of audiences around the world with dynamic and stunning images. Visit www.christiedigital.com.