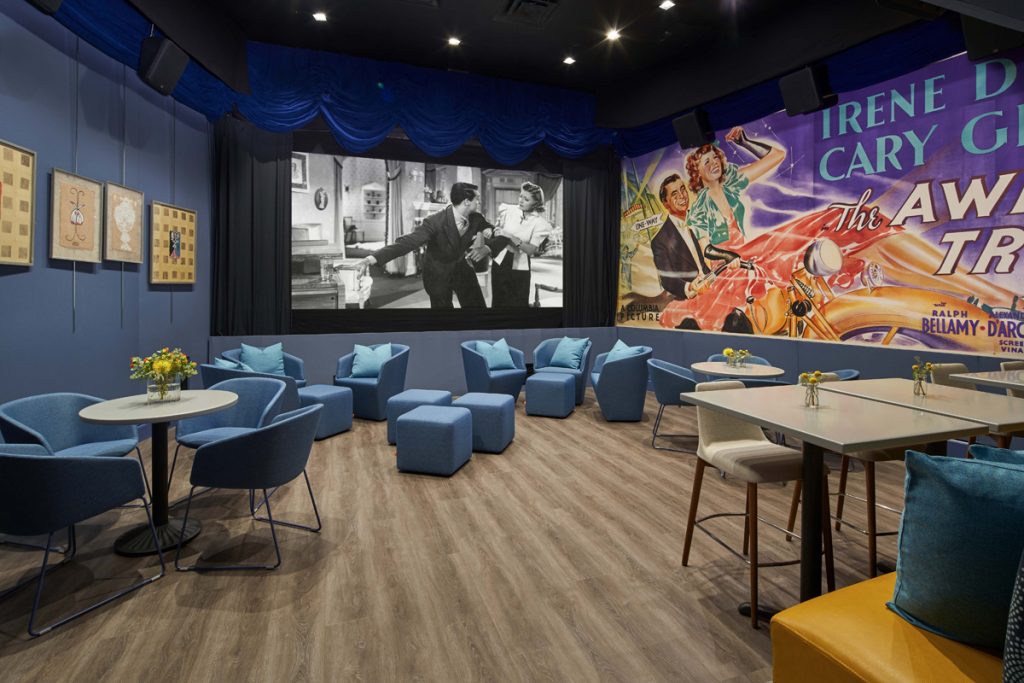 Christie cinema projectors illuminated all three screens for the September grand opening of New York State’s newly-renovated, historic Bedford Playhouse. The original Playhouse first opened its doors in April 1947, and 70 years later the total audio/visual design and installation phase for the new complex was awarded to Digital Media Systems Inc., a valued Christie business partner, as part of the construction of the new facility that begun in spring, 2017.

The Bedford Playhouse is a former movie theater located in Bedford, New York, which closed its doors in 2015. Soon after, a grass roots organization was formed under the leadership of Bedford resident John Farr, with the goal of transforming the theater into a not-for-profit arts house cinema, cultural center and community hub. More than $8 million was finally raised for the construction and renovation of the new facility.

The 18 x 37.6 foot screen in the largest of the three theaters is equipped with Christie’s CP4230, the world’s first superior 4K DLP digital cinema projector and one of the hi-end models in the award-winning series of Christie Solaria digital cinema projectors. This theater also enjoys surround sound through the Dolby Atmos technology. The two smaller theaters are installed with Christie CP2308 projectors and these full-featured, DCI-compliant projectors utilize Xenon illumination that displays realistic colors and gradients for an immersive experience.

“The newly renovated Bedford Playhouse is an exciting resource for our community – a destination where Westchester and Connecticut residents can gather for film, music, events – or just good food and drink,” said Sarah Long, chair of the Playhouse board of directors.

“Our three theaters are being served by state of the art projection and sound equipment. Together with the Clive Davis Arts Center, named for our largest donor, legendary music producer Clive Davis, the Playhouse is dedicated to presenting a rich variety of programming.”

“The 4K image on our large screen provided by the Christie cinema projector is the best I’ve even seen,” said Robert A. Harrison, a member of the Bedford Playhouse board who is also a world renowned film historian and preservationist, and owner of a company that specializes in the restoration and reconstruction of classic films.

“This was a very customized, high end project,” said Gregg Paliotta, president of Digital Media Systems. “To meet the exacting technology requirements throughout this world class facility, as well as providing unmatched performance and continuous operation, the only choice was the Christie solution.”

Added Paliotta: “Christie lamp based cinema projection systems are proven workhorses and still deliver an attractive total cost of ownership (TCO). Their reliability and trusted performance made them the only choice for the Bedford Playhouse.”

About Bedford Playhouse
The Bedford Playhouse mission is to provide a vibrant, state of the art cinema, cultural center and community hub, featuring outstanding films, other arts-related programming, educational offerings and a fun, welcoming café space to relax and socialize.

Our comprehensive support of special screenings/world premieres, theater installations, consulting/event management, as well as cinema equipment sales/rentals/maintenance, makes us a one-stop shop for all projection and sound needs. With decades of experience, a number of high-profile industry clients rely on Digital Media for all their technical needs.