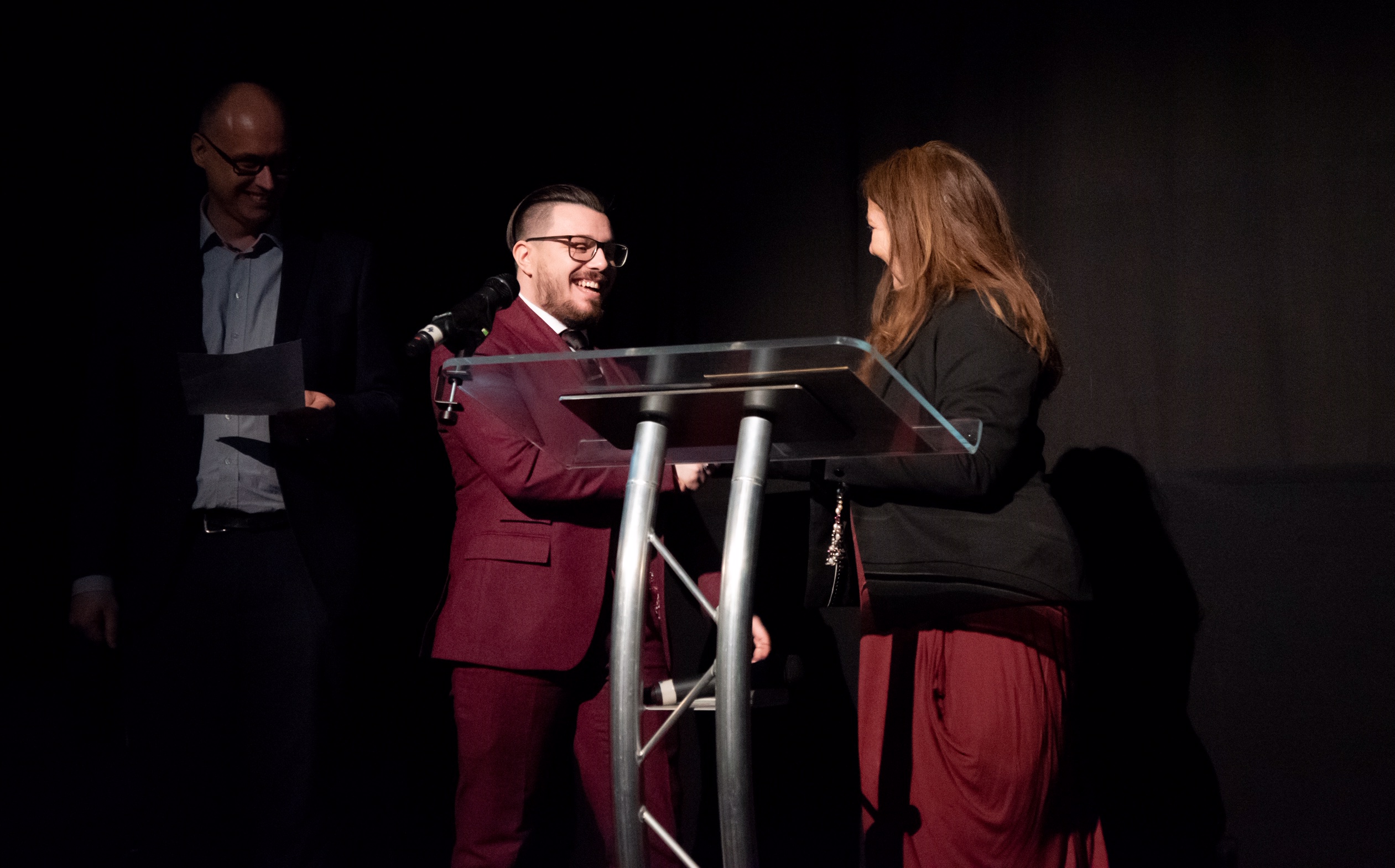 Marking the 15th year of Christie’s partnership with the National Film and Television School (NFTS), this year’s coveted Christie prize for ‘Most Promising Student’ was awarded to Michael Pearce, NFTS Graduate in Digital Effects. Michael received a monetary prize, a certificate, and a crystal trophy to celebrate the win at the NFTS Graduation Ceremony. Already employed as a colourist, Michael has already gained vital experience having worked on numerous short films, music videos, commercials, documentaries and feature film credits.

John Rowe, Head of Digital Effects at NFTS said of the win, “Michael has earned his reputation as a diligent and trustworthy ally, working tirelessly across every genre to help finish projects to the highest possible standards. His determination to succeed and his resourceful nature have resulted in him earning a full-time contract at world-leading postproduction house, Company 3. It can be no surprise that someone so universally liked and trusted has won this prestigious award. Michael has a positive approach to every aspect of life and fully deserves this accolade.”

“We’re once again delighted to recognise outstanding talent in the industry, and we’d like to congratulate Michael on his outstanding achievement,” commented Brant Eckett, marketing director, Cinema, Christie. “In our 15-year partnership with NFTS, we have seen the school continue to grow and enhance its offering, with courses such as Digital Effects, and it has been an honour to support an array of initiatives, including its shift from film to digital projection facilities. During this time the NFTS has continued to provide skillful, creative and dedicated students with the tools required to flourish in our industry.”

The NFTS is one of the world’s leading film, games and television schools. NFTS graduates have gone on to win 13 Oscars, 145 BAFTAs and earn more student academy award nominations than any other film school. In 2018 the NFTS became the first educational institution to be recognised with a BAFTA for Outstanding Contribution to British Cinema. In 2020, a host of NFTS graduates have been nominated for BAFTA’s, including nominations for Best Short Film, Cinematography, Sound and Animated Film.