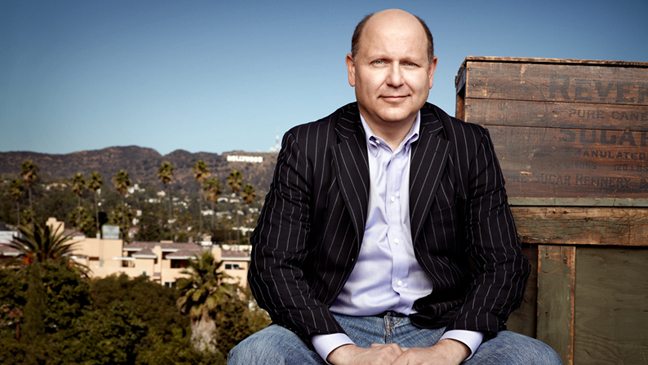 Illumination and Universal Pictures' "Despicable Me 3" Arrives in Theaters on June 30, 2017

Washington D.C. (February 28, 2017) – Chris Meledandri, the Academy Award-nominated founder and CEO of Illumination, who is responsible for the hugely successful “Despicable Me,” “Ice Age” and animated Dr. Seuss franchises, which have grossed more than $7 billion worldwide, will receive the “CinemaCon Producer of the Year Award,” it was announced today by Mitch Neuhauser, Managing Director of CinemaCon.

CinemaCon, the official convention of The National Association of Theatre Owners (NATO), will be held March 27-30, 2017, at Caesars Palace in Las Vegas. Meledandri will be presented with this special honor at the “CinemaCon Big Screen Achievement Awards” ceremony, which takes place on the evening of Thursday, March 30, at The Colosseum at Caesars Palace, hosted by the Coca-Cola Company, the official presenting sponsor of CinemaCon.

“Chris and his team at Illumination have brought to life some of the most creative and whimsical worlds for audiences of all ages,’” noted Neuhauser. “With its astonishing box-office success, his company continues to move animation forward with consistently wonderful films and we are thrilled to honor him with this year’s ‘CinemaCon Producer of the Year Award.’”

Meledandri has built Illumination into one of the industry’s leading producers of event-animated films, and it was recently named one of the world’s Most Innovative Companies by Fast Company. Illumination, which has an exclusive financing and distribution partnership with Universal Pictures, is the creator of the “Despicable Me” franchise, which includes “Minions,” the Oscar-nominated “Despicable Me 2” and summer 2017’s “Despicable Me 3.”

Its franchises include two of the top-six animated films of all time and its films, which include 2016’s hits “Sing” and “The Secret Life of Pets,” have grossed more than $4.5 billion and feature as creative contributors an unparalleled collection of writers, artists, voice talent and musicians. Upcoming releases include “Dr. Seuss’ How The Grinch Stole Christmas,” “The Secret Life of Pets 2,” “Sing 2” and “Minions 2”.On June 30, 2017, Illumination continues the adventures of Gru, Lucy, their adorable daughters—Margo, Edith and Agnes—and the Minions in “Despicable Me 3.” Directed by Pierre Coffin and Kyle Balda, co-directed by Eric Guillon and written by Cinco Paul & Ken Daurio, the animated film is produced by Meledandri and Janet Healy, and executive produced by Chris Renaud.

Joining Steve Carell and Kristen Wiig in “Despicable Me 3” is Emmy, Tony and Grammy Award winner Trey Parker, co-creator of Comedy Central’s global phenomenon “South Park” and the Broadway smash “The Book of Mormon.” Parker voices the role of villain Balthazar Bratt, a former child star who’s grown up to become obsessed with the character he played in the ’80s, and proves to be Gru’s most formidable nemesis to date.

Prior to Illumination, Meledandri was a senior executive at 20th Century Fox, where he created the “Ice Age” franchise and shepherded “The Simpsons Movie” and the Dr. Seuss library (“Dr. Seuss’ Horton Hears a Who!”).