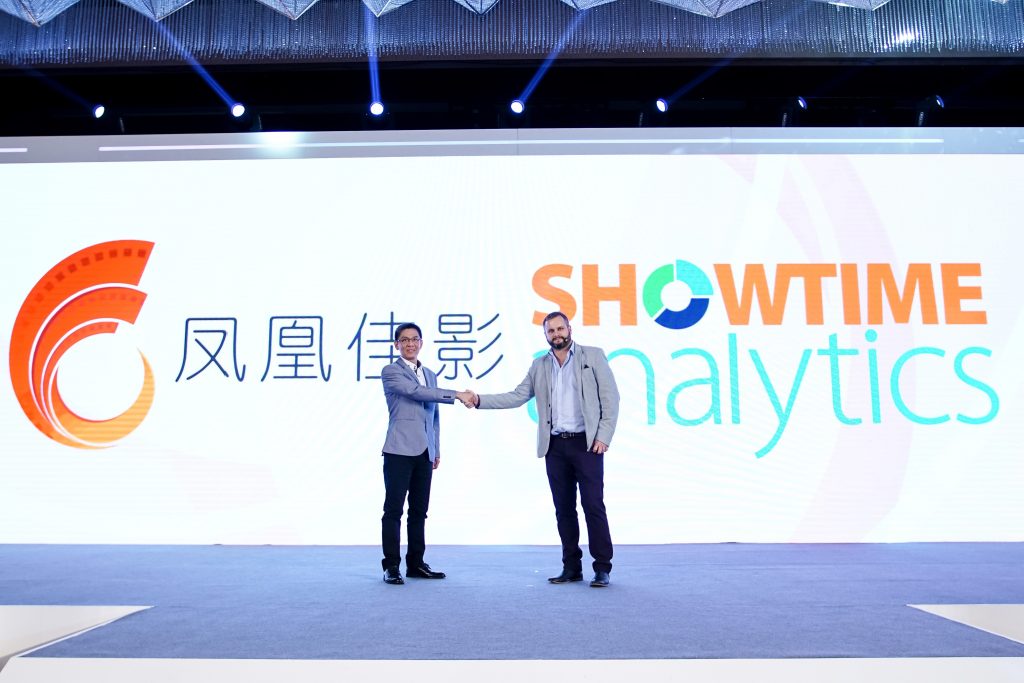 Alibaba Pictures’ subsidiary Yueke/Finixx 's first ever investment outside of China will see Showtime Analytics grow its team and add further products and services to its portfolio.

This funding represents Finixx first ever investment outside China.

Showtime provides cutting-edge products and services to cinema owners and film distributors, allowing them to collate, analyse and visualise their operational data in real time to deliver insights that drive improved business performance. The joint venture will see Showtime and Finixx collaborate to develop products specific to the Chinese cinema industry.

The Ireland-based company was founded in 2014 by Richie Power, Joe Spurling and Paul Lynch. Today it employs 30 full time staff.

Co-founder Joe Spurling has a life long association with the cinema industry. His family co-own and manage Movies@ cinema group in Ireland.

Alibaba Pictures, valued at $9.6 billion, is a technology-driven, diversified film group that ranges from production investment through to distribution and ticketing. Finixx, acquired by Alibaba Pictures Group in 2015, provides software systems for more than 2,000 theatres and more than 30 third online movie-ticketing platforms.

Earlier this year Alibaba Pictures acquired a stake in Steven Spielberg’s Amblin Partners. It has previously invested in major Hollywood blockbusters, including “Star Trek Beyond” and “Mission Impossible: Rogue Nation”.

Speaking at the announcement of the investment, Showtime CEO Richie Power said:

“This investment only marks the beginning of Showtime’s global journey. Ultimately, our business is about more than just helping cinemas sell more tickets. Data analysis is in its infancy in the movie industry, but its potential value is huge.

“In recent years, video-on-demand has stolen a significant march on the cinema industry as the likes of Netflix knows more about its customers and they are using this to their advantage. We want to help cinema owners and film distributors to unlock the potential of their data and help them understand more about the types of films being made, how they’re being made and marketed, and how audiences are responding to them.

“Alibaba Pictures is a market leader in the Chinese movie industry and understands the needs of cinema-goers and other industry stakeholders. This knowledge, coupled with their investment, will prove invaluable to Showtime, allowing us to build even better products and expand our team in Ireland.”

Li Xiangxiong, General Manager at Yueke/Finixx, said: “Finixx’ first international partnership with Showtime Analytics opens up an exciting new frontier for us. The Chinese movie industry is growing from strength to strength. For this momentum to continue, we must invest in innovative new technologies. In Showtime, we have found an important strategic partner in the Irish tech industry that shares our passion and ambition for cinema, and we look forward to building on our new relationship in the years ahead.”

The company enables cinema owners and film distributors to maximise the value of their data assets. Our cutting-edge products and services collate, analyse and visualise their operational data in real time to deliver insights that drive improved performance.