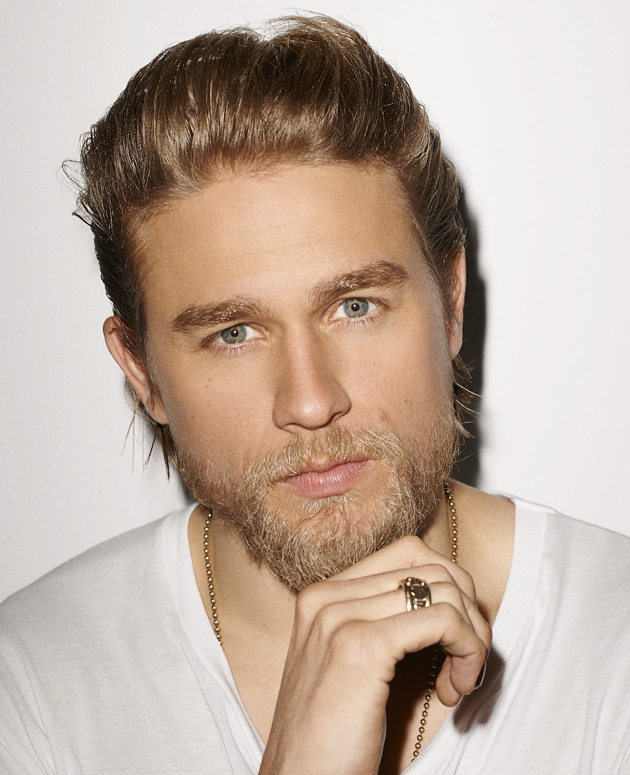 Washington, D.C. (February 22, 2017) – Charlie Hunnam will receive the “CinemaCon Male Star of the Year Award,” it was announced today by CinemaCon Managing Director, Mitch Neuhauser. CinemaCon, the official convention of The National Association of Theatre Owners (NATO) will be held March 27-30, 2017 at Caesars Palace in Las Vegas. Hunnam will be presented with this special honor at the “CinemaCon Big Screen Achievement Awards” ceremony taking place on the evening of Thursday, March 30, at The Colosseum at Caesars Palace, hosted by the Coca-Cola Company, the official presenting sponsor of CinemaCon.

“Having captured the attention of audiences around the world with his standout performances on the small screen in ‘Sons of Anarchy’ as well as on the big screen in such films as ‘Children of Men’ and ‘Cold Mountain,’ 2017 is sure to be Charlie Hunnam’s year with his starring turns in ‘King Arthur: Legend of the Sword,’ and ‘Lost City of Z,’” noted Neuhauser. “We could not be more thrilled to honor such a talented actor with our ‘CinemaCon Male Star of the Year Award.’”

Hunnam can be seen this spring starring in the title role in “King Arthur: Legend of the Sword,” releasing on May 12, 2017 from Warner Bros. Pictures and Village Roadshow Pictures. Directed by acclaimed filmmaker Guy Ritchie, the film is an iconoclastic take on the classic Excalibur myth, tracing Arthur’s journey from the streets to the throne.  When the child Arthur’s father is murdered, Vortigern (Jude Law), Arthur’s uncle, seizes the crown. Robbed of his birthright and with no idea who he truly is, Arthur comes up the hard way in the back alleys of the city. But once he pulls the sword from the stone, his life is turned upside down and he is forced to acknowledge his true legacy. See more about the film at www.kingarthurmovie.com.

Also this spring, Hunnam can be seen starring as British explorer Percy Fawcett in “The Lost City of Z,” to be released by Amazon Studios and Bleecker Street on April 14, 2017. This incredible true story follows Fawcett as he journeys into the Amazon at the dawn of the 20th century and discovers evidence of a previously unknown, advanced civilization that may have once inhabited the region. Despite being ridiculed by the scientific establishment, who regard indigenous populations as “savages,” the determined Fawcett, supported by his devoted wife (Sienna Miller), son (Tom Holland) and aide-de-camp (Robert Pattison) returns time and again to his beloved jungle in an attempt to prove his case, culminating in his mysterious disappearance in 1925.

Hunnam made his feature film debut in the 2002 thriller “Abandon” before gaining attention for his performance in the title role of the big screen adaption of Charles Dickens’ novel “Nicholas Nickelby.” He has gone on to star in such films as “Cold Mountain,” “Crimson Peak,” “Pacific Rim,” and “Children of Men,” to name a few. On the small screen he is best known for starring as ‘Jax Teller’ for seven seasons on FX’s “Sons of Anarchy,” and received critical acclaim for his role in the hit British drama “Queer as Folk,” and the FOX series “Undeclared.” In addition to “King Arthur: Legend of the Sword,” and “Lost City of Z,” Hunnam recently wrapped principal photography on a remake of “Papillon.” In addition to his acting talents, Hunnam completed his first screenplay, “VLAD,” and is developing this, along with “American Druglord,” with Plan B Productions.