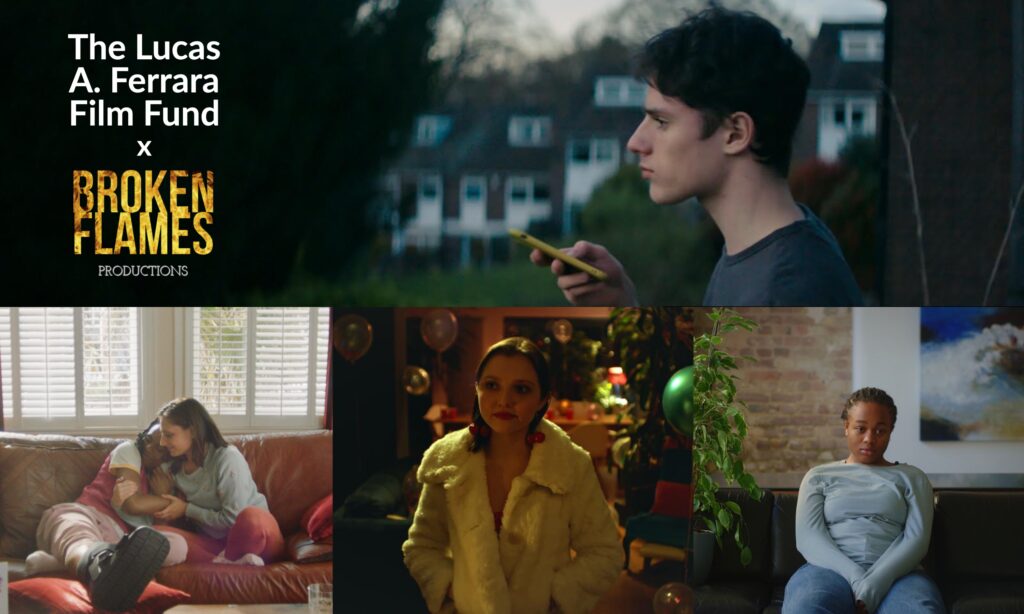 Broken Flames Productions today announces its partnership with Producer Lucas A. Ferrara to form a new film fund for writers.

New York based attorney, Lucas A. Ferrara, has produced over 100 features and shorts, including the upcoming films ‘Find the Light,’ starring George MacKay (1917), and ‘Pragma’ starring Phil Dunster (Ted Lasso).

With this new film fund, Ferrara will provide an opportunity for emerging writers to get their project financed and produced, with the winner also receiving a monetary stipend.

Writers may submit original (previously unproduced) scripts of up to fifteen pages that have a mental health focus. The winner will have their film made by the team at Broken Flames Productions, whose founder Ella Greenwood was selected for this year’s Forbes 30 Under 30 List.

Broken Flames focuses on mental health-based projects, including ‘Smudged Smile,’ which stars Mia Mckenna-Bruce (‘Get Even’), and is the first in a mental health anthology series created by Greenwood.

Greenwood and Maya Bartley O’Dea of Broken Flames will serve as Directors of the fund and will select a shortlist of ten scripts to be reviewed by a committee of industry professionals. The committee will then choose the final five projects to be pitched to Ferrara, who will make the final selection.

Lucas A. Ferrara noted that, “The pandemic has adversely impacted the arts in unprecedented ways, with many creatives denied meaningful opportunities to have their voices heard, and constructive messages realised.  I am honoured to be partnering with Ella, and the team at Broken Flames Productions, to help correct that imbalance.”

Ella Greenwood, Founder & CEO of Broken Flames adds “Lucas is a wonderful supporter of the independent film business and has helped bring to life many projects including some of my own. With this new fund, we can’t wait to find some really special writers and a great new project for all of us to be able to support.”

Submissions for the fund will be accepted starting July 20th, 2021 and will close a month later.

Once the competition is open, for more information, including the governing terms and conditions, and to submit, head to www.brokenflamesproductions.com