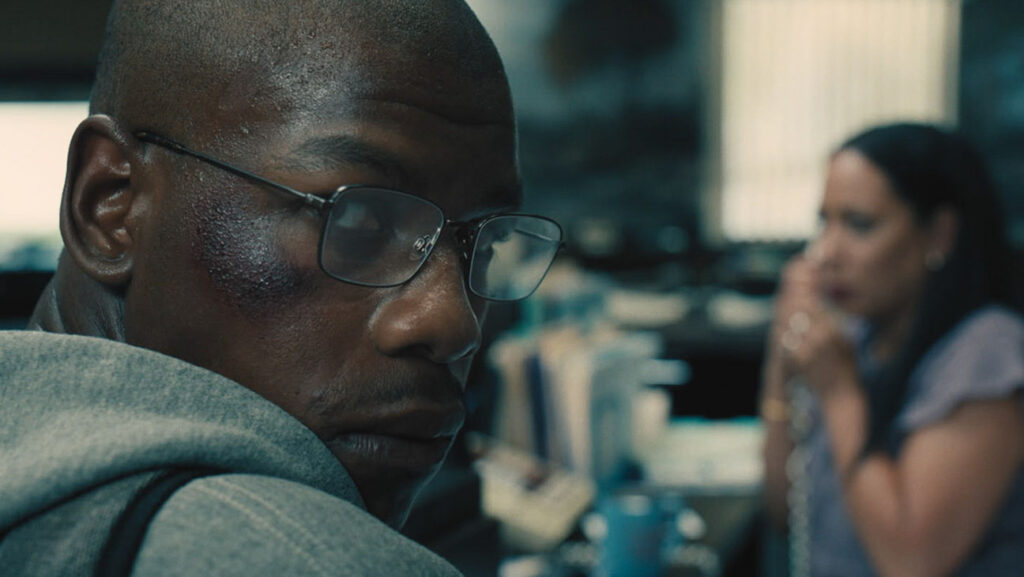 Based on a true story, when former U.S. Marine Brian Brown-Easley’s disability check fails to materialize from Veterans Affairs, he finds himself on the brink of poverty. Desperate and with no other options, he walks into a Wells Fargo Bank and says “I’ve got a bomb.” What ensues is an edge of your seat thriller that reminds us of the social responsibility we have to our soldiers, our colleagues, our families and to strangers as well.

Director and screenwriter, Abi Damaris Corbin said: “We put our hearts and souls into the honest telling of Brian’s story and it is a joy to partner with the team at Bleecker Street, knowing they are committed to do the same.”

Bleecker Street’s co-founder and CEO, Andrew Karpen adds: “Abi’s depiction of Brian’s story is an absolutely essential film that we feel deserves the widest possible audience in theaters. It thrillingly delivers an important message and features an incredible performance from John Boyega in addition to the rest of the cast. We look forward to sharing this with audiences across the country.”

The deal was brokered between Bleecker Street’s Head of Acquisitions Kent Sanderson alongside Avy Eschenasy, with WME Independent on behalf of the filmmakers.

About Bleecker Street
Bleecker Street Media is an independently-financed distributor based in New York City, which was founded in August 2014 by Andrew Karpen. The company has released more than 45 films and established itself as a trusted label and champion of original cinema, cumulating an impressive and lauded slate including Debra Granik’s “Leave No Trace;” Steven Soderbergh’s “Logan Lucky;” “Disobedience” starring Rachel Weisz and Rachel McAdams; the Academy Award Nominated “Captain Fantastic;” the hit thriller “Eye in the Sky,” and the Academy Award Nominated “Trumbo.”

With a slate of 7-10 films per year, recent notable and critically-acclaimed titles include: the Sundance comedy “Dream Horse” starring Toni Collette and Damian Lewis; “Together Together” with Ed Helms and Patti Harrison; the Sundance and Venice Film Festival romance “The World to Come” with Katherine Waterston and Vanessa Kirby; the Colin Firth-Stanley Tucci starrer “Supernova,” Kitty Green’s “The Assistant;” “Military Wives” with Sharon Horgan; and “Wild Mountain Thyme” starring Emily Blunt and Jamie Dornan.