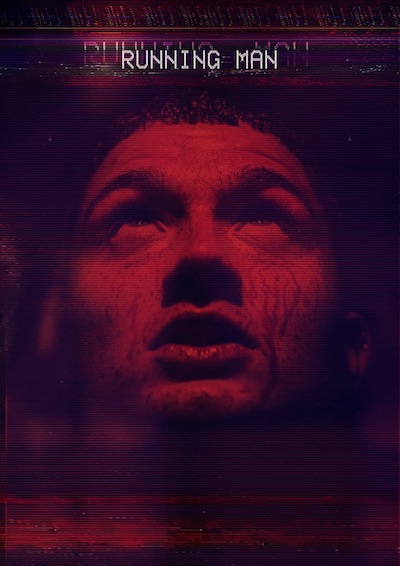 Yesterday, Goldfinch’s streaming platform Birdbox.Film launched its shorts channel with a selection of Oscar and BAFTA award-winning titles and the premiere of Sadie Frost’s “Running Man”, starring Raff Law which will be available for 48 hours from 7.30pm 1st February.

“Running Man” also marks the launch of Birdbox.Film’s first monthly “Film Club”. At 7.30pm on Wednesday 3rd February, users will be able to tune into a live discussion with the Producer Sadie Frost, star Raff Law and Director Chris Turner, hosted by The Big Picture Film Club. The next “Film Club” will follow later in February with a premiere of Sylvia and discussion with Director Richard Prendergast plus other guests.

“Running Man”, a story set in 1991 about a clinical drugs trial that goes horrifyingly wrong for a group of young ravers. Speaking about the film, Sadie Frost remarked “I wanted to make a film about the 90’s rave scene…I wanted it to be authentic and dark. With Johnny Cookes brilliant script and Chris Turner’s spot on direction, along with a stellar cast and a unique rave soundtrack, we have achieved something very exciting! It has been brilliant that so many festivals have reacted so well to it, and ultimately that people are drawn to it and find it an exciting and fun watch.”

Phil McKenzie, COO of Goldfinch said “The BirdBox.Film expansion continues their highly curated approach, giving subscribers a reason to watch content so they don’t have to find it. Current feature-length titles on the platform include “Exit Through The Gift Shop”, “Project Nim”, “Fruitvale Station”, “Beast”, “Moonlight”, “Drive”, “Trumbo”, “Mid 90s” and “The Florida Project”.”

The shorts channel is priced at 99p per award winning short. Since the start of 2021, BirdBox.Film have brought in a subscription option for £2.99 watch unlimited content, or £1.99 to rent a single feature. Current channels on the platform include Documentary, Festival and Drama with a plan to launch at least another 4 channels by summer, bringing on board brand and media partners to support this.

The platform plays an important role within Goldfinch – providing the group with a direct distribution outlet for any projects they are financing or producing, as well as generating a unique position for them within the marketplace. The shorts channel will also feature exclusive short form content from creators in our management company The Koop.