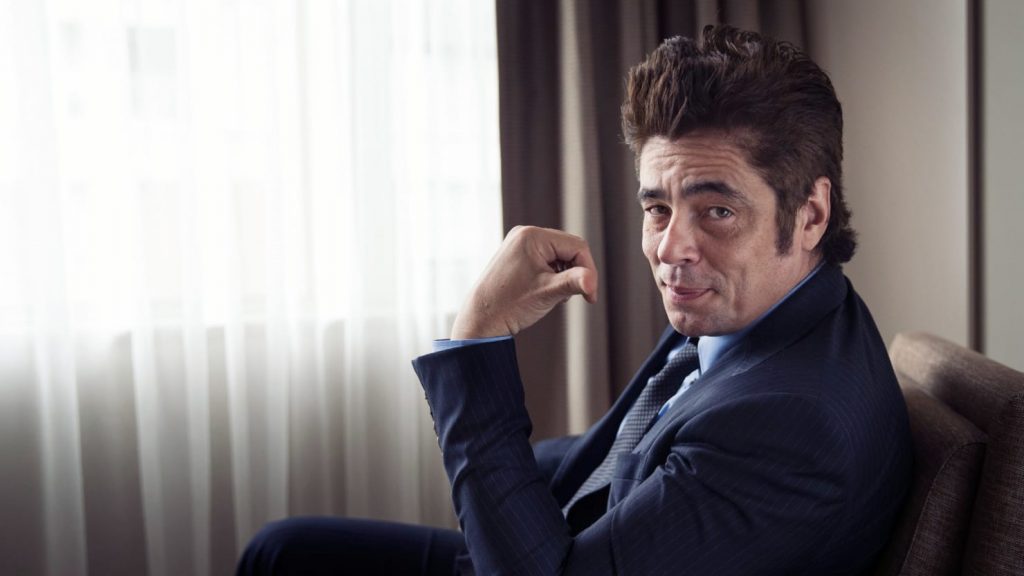 Academy Award winner Benicio Del Toro will receive the “CinemaCon Male Star of the Year Award,” it was announced today by Mitch Neuhauser, Managing Director of CinemaCon. CinemaCon, the official convention of The National Association of Theatre Owners (NATO), will be held April 23-26, 2018 at Caesars Palace in Las Vegas. Del Toro will be presented with this special honor at the “CinemaCon Big Screen Achievement Awards” ceremony taking place on the evening of Thursday, April 26, at The Colosseum at Caesars Palace, hosted by the Coca-Cola Company, the official presenting sponsor of CinemaCon.

“From his commanding breakthrough performance in ‘The Usual Suspects’ to his Academy Award winning role in ‘Traffic,’ Benicio Del Toro has captivated audiences for years with thought provoking characters and worldly charm,” noted Neuhauser. “Benicio is a master at creating unique, interesting and intensely driven characters who more often than not are motivated by a compassionate and personal backstory allowing him to tap into his creative talents. I, for one, cannot wait to see how he takes the character of Alejandro to the next level in the upcoming ‘Sicario: Day of the Soldado.’ What a great honor for our industry to be able to honor Benicio Del Toro at this year’s convention.”

This summer Del Toro will star in “SICARIO: Day of the Soldado,” to be released by Sony Pictures on June 29, 2018. As the series begins a new chapter, in the drug war, there are no rules as the cartels have begun trafficking terrorists across the US border. Federal agent Matt Graver (Josh Brolin) calls on the mysterious Alejandro (Del Toro), whose family was murdered by a cartel kingpin, to escalate the war in nefarious ways. Alejandro kidnaps the kingpin’s daughter to inflame the conflict but when the girl is seen as collateral damage, her fate will come between the two men as they question everything they are fighting for. Directed by Stefano Sollima and written by Taylor Sheridan, based on characters created by Taylor Sheridan, the film is produced by Basil Iwanyk, Edward L. McDonnell, Molly Smith, Thad Luckinbill, and Trent Luckinbill.

Born in Puerto Rico and raised in Pennsylvania, Benicio Del Toro discovered his love for acting while attending the University of California at San Diego before going on to study at the Stella Adler Conservatory. He made his feature film debut in “License to Kill,” before going on to star in such films as “The Indian Runner,” “The Usual Suspects,” “Basquait,” “Fear and Loathing in Las Vegas,” “Snatch,” “Traffic,” “21 Grams,” “Sin City,” “Che,” “The Wolfman,” “Savages,” “Inherent Vice,” “Sicario,” and “Star Wars: The Last Jedi.” He will next be seen reprising his role as The Collector from “Guardians of the Galaxy” in “Avengers: Infinity War” and recently wrapped production on the miniseries “Escape at Dannemora.”

About NATO
The National Association of Theatre Owners (NATO) is the largest exhibition trade organization in the world, representing more than 33,393 movie screens in all 50 states, and additional cinemas in 94 countries worldwide. NATO’s membership includes the largest cinema chains in the world and hundreds of independent theatre owners, too.
Additional information on CinemaCon can be found at www.cinemacon.com.