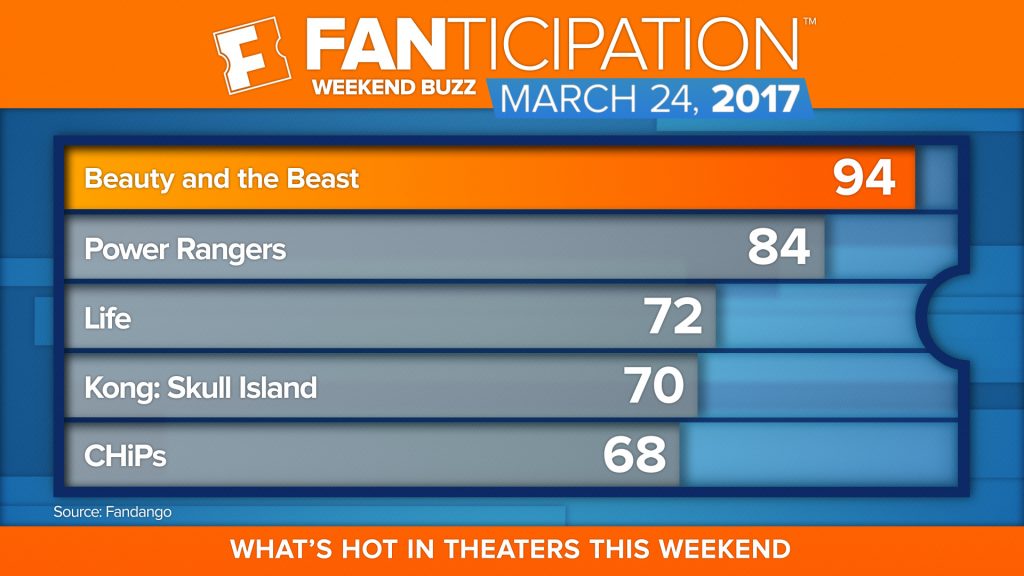 Disney’s live-action “Beauty and the Beast” continues to be a force at the box office. “Beauty” leads Fandango’s weekend ticket sales, scoring 94 out of 100 points on Fandango’s movie buzz indicator, Fanticipation, while the big-screen incarnation of “Power Rangers” (outpacing “The Maze Runner” at the same point in the Fandango sales cycle) follows with 84 points.

Although the month is hardly over, Fandango’s March 2017 ticket sales have already eclipsed total ticket sales from the previous best-selling March (in 2016).

“Hot off one of the biggest opening weekends ever, ‘Beauty and the Beast’ continues to help fuel a terrific month at the box office,” says Fandango Managing Editor Erik Davis. “March isn’t over yet, though. ‘Power Rangers’ is seeing strong advance ticket sales with its massive built-in fan-base, and will draw crowds and cheers with its colorful superheroes and rich messages of inclusiveness and teamwork.”