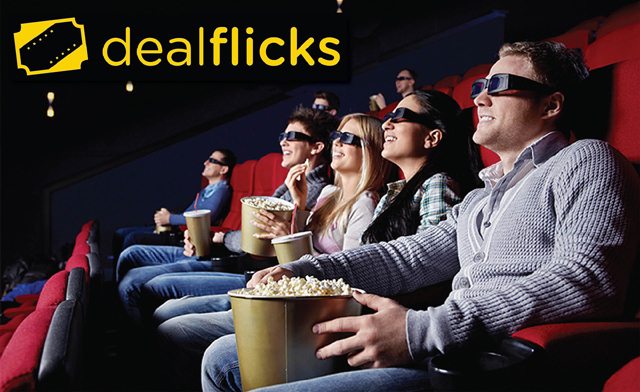 B&B Theatres, the 7th largest U.S. movie theatre chain, and Dealflicks have successfully launched a mix of full-priced tickets and deals across B&B’s 391 screens and 49 theatres. While online ticketing for all films and showtimes will be available, a varied amount of ticket and concession deals will be available for movies on certain days. Availability and prices will differ depending on time of day, day of week, seat availability, and other factors. All B&B sales will run through movieXchange, Vista Group’s newest ticketing API, ensuring guaranteed seating and a seamless in-theatre redemption experience for the customer. By compiling the sales and API inventory data, Dealflicks’ pricing and inventory can get smarter as time goes on.

“We are thrilled about taking our partnership with Dealflicks to the next level while being the first exhibitor to launch on this new technology,” said Bobbie Bagby Ford, Executive Vice President for B&B Theatres. “This type of dynamic offering is what we have been looking for since online ticketing arrived over a decade ago.”

Dealflicks launched back in 2012 with just two independent theatres in California. Since then, the startup has grown to over 500 locations and raised over $4.2 million in capital along the way. While Dealflicks’ product has traditionally been deals, this new partnership with B&B Theatres marks the beginning of Dealflicks’ next phase – dynamic pricing for all movie tickets.

“Dealflicks has been the #1 leader in the movie ticketing deal space for the past few years,” says Sean Wycliffe, the CEO and Founder of Dealflicks.  “But now, we can be the first and last stop for moviegoers when they are looking to see a film. Dealflicks can now not only offer the best price, as we have been doing, but we can also offer the entire inventory of the theatre to customers, allowing them to buy all their movie tickets in one place.”

Dealflicks has already saved its customers over $8 million dollars on tickets and concessions, but Wycliffe is looking forward to the future with B&B and other theatre chains that are in the process of being rolled out on Dealflicks’ new dynamic platform. He remarks, “B&B Theatres and Dealflicks are leading the way in the future of movie ticketing. While other ticketing experiments in the movie exhibition space exist, we believe that Dealflicks’ platform of dynamically-offered movie tickets and concessions is the true, sustainable, and profitable future for theatres, studios, customers, and the industry at large.”

About B&B Theatres
B&B Theatres is 7th largest US movie theater chain with 49 theatres and 391 screens in 7 states. B&B Theatres has been family owned and operated since 1924 when Elmer Bills Sr. opened a movie house in Salisbury, Missouri where the future Mrs. Bills played the piano for silent movies. During the company’s 93 years, and four generations of family involvement, it has seen the coming of sound, color, Technicolor, stadium seating, multiplexes, digital cinema, recliners, MX4D, screenPLAY!, (PLF) B&B Grand Screens, Dine-In Marquee Suites and now immersive sound with DTS:X.Current Operations.

About Dealflicks
Dealflicks is the #1 movie ticket deal app, offering movie tickets and concessions for up to 60% off across over 500 locations and 3000 screens in the US. Consumers can purchase both standard movie tickets and ticket deals that often include popcorn and soda on Dealflicks’ iPhone app, Android App, or Dealflicks.com with just a few clicks. Movie theatres gain meaningful, incremental revenue through Dealflicks’ dynamic pricing and inventory platform, getting butts in empty seats that would have gone unsold while optimizing their revenues and attendance. Dealflicks has now sold over 2,800,000 tickets and concessions since its launch in July of 2012.