Barbican Outdoor Cinema in the Dramatic Setting of the Sculpture Court 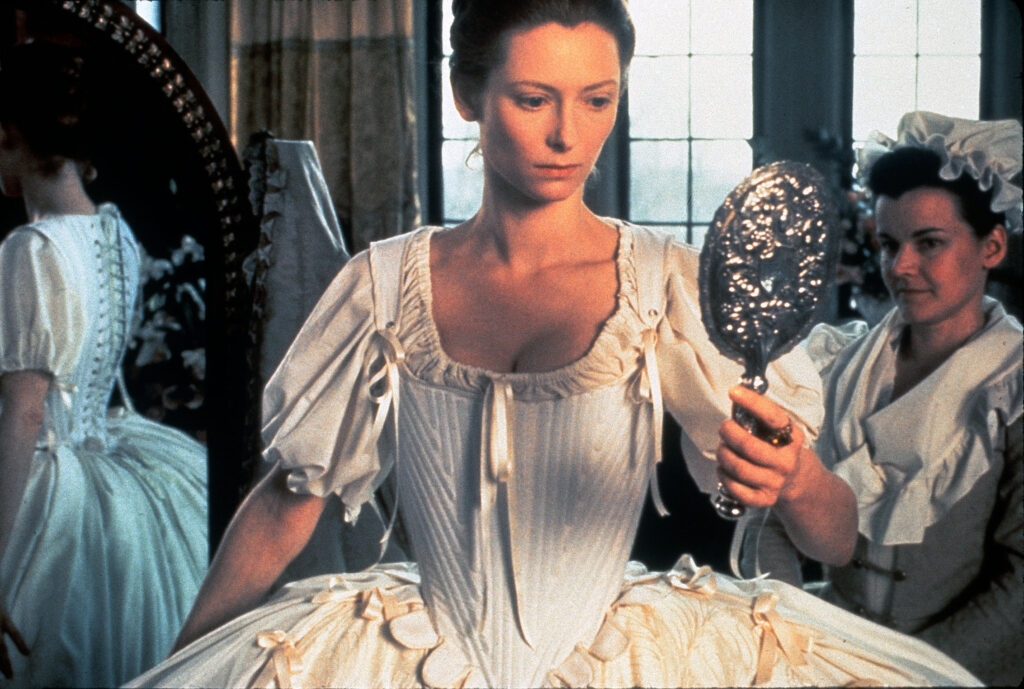 Barbican Cinema is delighted to present a late summer programme of evening Outdoor Cinema screenings, bringing together all the Barbican art forms – cinema, music, theatre, dance and visual art – in the dramatic setting of the Barbican Sculpture Court.

And kicking off a weekend of many romances, is Sally Potter’s landmark ode to self-love “Orlando” starring the impeccable Tilda Swinton, followed by the stylish obsession of Alfred Hitchcock’s “Vertigo”, concluding with David Lean’s gorgeous “Summertime”, with Katharine Hepburn.

Breath-taking cinematography captures some of Bausch’s most celebrated performances in this Oscar-nominated documentary. It follows the legendary ensemble out of the theatre and into the streets of Wuppertal, Germany, which was the home and centre for Bausch’s creativity for 35 years.

Screening in the same programme is “Reflections – Mojave Desert”, a short film directed by Anna Diaz Ortuño (USA 2017, Dir Anna Diaz Ortuño), including a sound-track by Floating Points; ambient sounds creep into the recording, with bird calls and the sound of wind captured by microphones placed in the desert.

Instructions for the Future is a curated evening of artist films and audio works considering the complex relationship between ecology, futurism and ecofeminism.

Himali Singh Soin and David Soin Tappeser’s audio piece Subcontinent (2018) reflects on the potentiality of South Asian Futurism as a form of political resistance while multidisciplinary artist Josèfa Ntjam’s film Mélas de Saturne (2020) narrates fictions and truths towards a decolonial, trans-feminist empowerment. Melanie Bonajo’s film “Night Soil: Nocturnal Gardening” (2016) presents four commanding women whose stories explore Indigenous land rights and the consequences of consumerism. Mexican Colectivo Los Ingrávidos’s psychedelic film “Itzcóatl” (2016) is a study of natural resistance while Soin’s film we are opposite like that (2019) turns to the arctic regions, developing a new mythology about the farthest reaches of our planet. The expansive vision presented here implies that another world is, and has always been, possible.

Highlights include the Mexican Colectivo Los Ingravidos’ politically charged short “Itzcóatl” (2016), which uses the iconography of the snake to reflect on the history of Aztec’s first Emperor; and Himali Singh Soin’s sound piece “Subcontinentment” (2020), which explores the artist’s interest in ecological loss and the radical nature of love.

Outdoor Cinema continues over the weekend with Sally Potter’s enchanting love story Orlando (UK/Russia/Italy/France/Netherlands 1992). Starring Tilda Swinton, this is the life journey of an aristocrat whose fortunes – and sex – change over the course of four centuries.

This visionary masterpiece is as fresh and prescient as ever. The visuals are stunning, and both the striking sets and Sandy Powell’s exquisite costumes were Oscar-nominated. Witty, constantly surprising and very moving, it’s a remarkable achievement that, ultimately, celebrates love in all its forms.

In Alfred Hitchcock’s “Vertigo” (USA 1958), James Stewart and Kim Novak star in this classic film about what happens when love turns into haunting obsession. From Bernard Herrmann’s dramatic score to Robert Burks’ glorious cinematography, “Vertigo” is a delicious feast for the senses; the perfect film to see against a backdrop of the City night sky and the towering heights of the Barbican buildings.

The season concludes on Sun 29 Aug with “Summertime” (UK 1955), an overlooked masterpiece from celebrated British director David Lean. Shot in stunning Technicolour and starring the legendary Katharine Hepburn, in one of her finest performances, the film follows a fleeting romance between American tourist Jane Hudson (Hepburn) and Venetian florist Renato de Rossi (played by a seductive Rossano Brazzi).

Gali Gold, Head of Barbican Cinema comments: “It is an exciting moment when we can bring together the Barbican’s celebrated art forms, and this time rather than under one roof we are under one sky, in the special setting of the Sculpture Court. This unique encounter with film is an opportunity for audiences to enjoy a stunning line-up celebrating love, beauty and our planet through music, dance, visual arts and the language of cinema.”

About the Barbican
A world-class arts and learning organisation, that pushes the boundaries of all major art forms including dance, film, music, theatre and visual arts. Its creative learning programme further underpins everything it does. Over a million people attend events annually and hundreds of artists and performers are featured. The architecturally renowned centre opened in 1982 and comprises the Barbican Hall, the Barbican Theatre, The Pit, Cinemas 1, 2 and 3, Barbican Art Gallery, a second gallery The Curve, public spaces, a library, the Lakeside Terrace, a glasshouse conservatory, conference facilities and three restaurants.