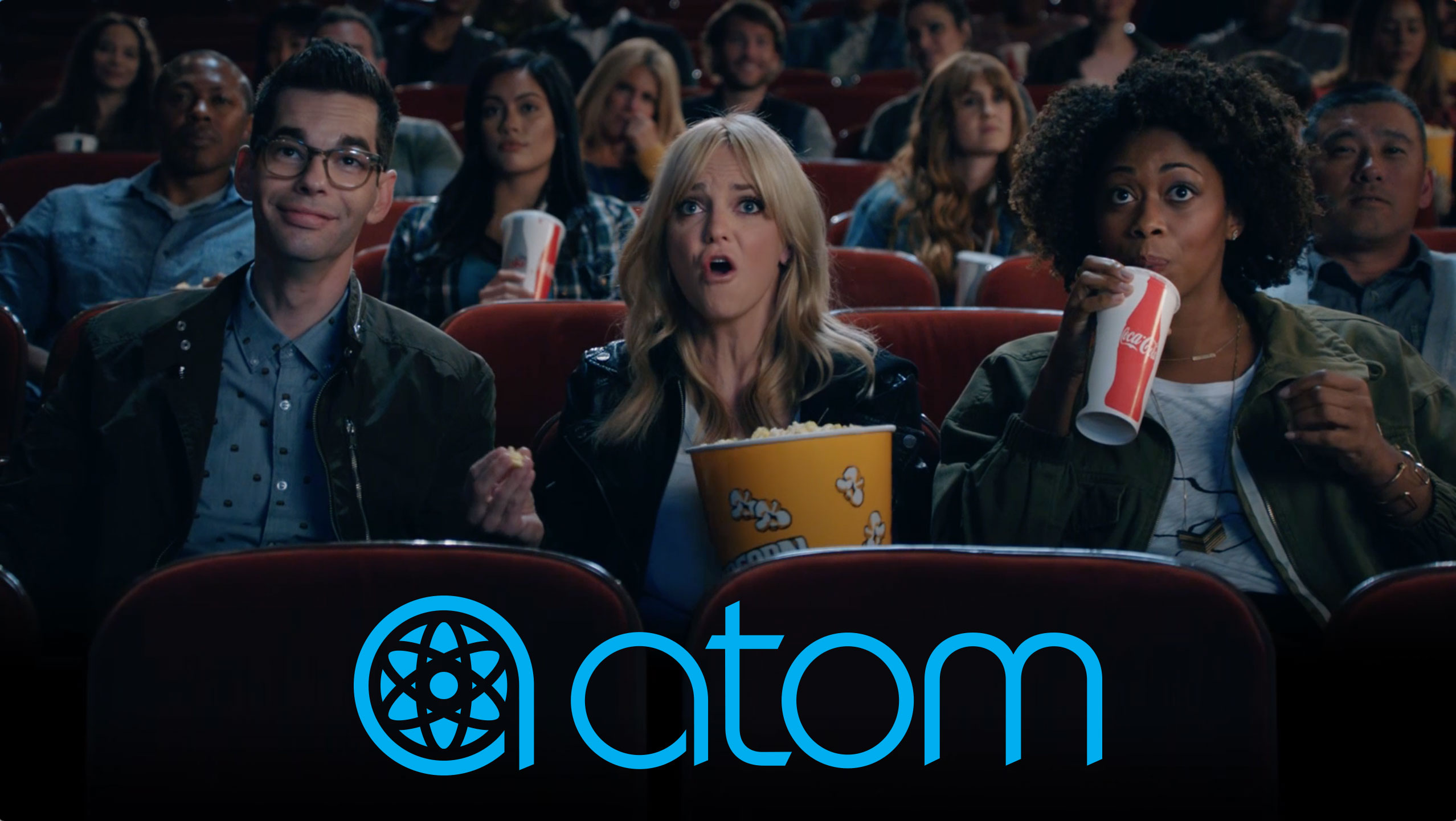 “We’re thrilled to partner with these prestigious exhibitors to deepen our national reach,” said Matthew Bakal, Chairman and Co-Founder of Atom Tickets. “Our app makes it easy to invite friends to see a movie, buy tickets ahead of time and skip the lines at the theater. This experience is greatly enhanced by partnering with forward-thinking exhibitors such as Cinépolis USA, CMX Cinemas, Malco Theatres, Maya Cinemas, and Far Away Entertainment.”

“We look forward to working with Atom Tickets to deliver an enhanced digital movie ticketing experience that is consistent with the moviegoing experience our communities and customers have come to love about Cinepolis,” said Luis Olloqui, CEO of Cinepolis USA.

Cinépolis USA is a leading world-class cinema exhibitor that offers guests enhanced movie-going experiences through its “Cinépolis Luxury Cinemas” and “Cinépolis” theater concepts, and newly debuted 4DX and kid-approved Cinépolis Junior auditoriums. The Dallas-based theater chain opened its first theater in Del Mar, CA in July 2011 and has some of the top performing theaters in the country, currently operating a total of 20 luxury and premium theaters with a presence in Southern California, Florida, New York, New Jersey, Connecticut, Texas and Ohio. Additional theaters across the U.S. are planned to open in the next few years. Its México-based parent company, Cinépolis, is the fourth largest movie theater exhibitor in the world. For more information about Cinépolis USA, please visit www.cinepolisusa.com, or follow on Facebook at www.facebook.com/CinepolisUSA, Instagram at @CinepolisUSA or Twitter at www.twitter.com/CinepolisUSA.

Memphis, TN-based Malco Theatres is a fourth-generation family owned and operated business that reached its 100th anniversary in 2015. Malco operates over 350 screens at 34 locations across the Mid-South, as well as bowling and family entertainment centers in Louisiana and Mississippi. Malco has projects under construction in Memphis, Tennessee; Jonesboro, Arkansas; Ridgeland, Mississippi; and Owensboro, Kentucky.

About Far Away Entertainment

Far Away Theaters are focused heavily on first run films and extensive community involvement utilizing its locations for a mixture of first run film, live entertainment and community events. The circuit consists of 31 screens, all locations are digital and has been operating since its formation in 1997. It’s Lynwood Theater on Bainbridge Island near Seattle is one of the oldest single screen movie houses on the West Coast operating non-stop since July, 1936.