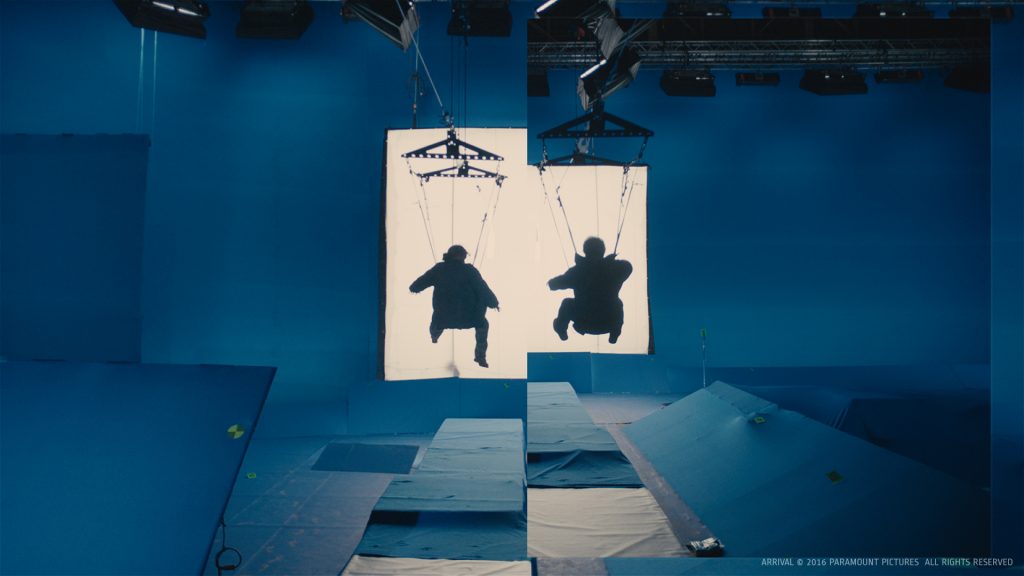 Shot entirely in Quebec, “Arrival” is based on Ted Chiang’s novella “Story of Your Life”. It follows linguist Louise Banks (Amy Adams), theoretical physicist Ian Donnelly (Jeremy Renner), and US Army Colonel GT Weber (Forest Whitaker) as they seek to discover the intentions of extraterrestrials that have landed on Earth.

Rodeo FX, led by VFX supervisor Arnaud Brisebois, worked on CG aircraft exteriors and interiors, including fighter jets in flight, a helicopter taking off and landing, and a spaceship interior. The most technically challenging sequence has Banks and Donnelly entering the alien ship for the first time, through a tunnel in which gravity disappears, allowing them to walk vertically up the shaft. Rodeo FX created full digital doubles of the actors, including the challenging fabric texture of their orange hazmat suits.

Rodeo FX wishes the best of luck to Denis Villeneuve and his team for the upcoming awards ceremonies.

About Rodeo FX
Founded in 2006, Rodeo FX delivers award-winning visual effects to leading feature films and television productions. The studio’s VFX expertise appears in more than 80 feature films, including “Arrival”, “Fantastic Beasts and Where to Find Them”, “Miss Peregrine’s Home for Peculiar Children”, “The Legend of Tarzan”, “Warcraft”, and Academy Award-winner “Birdman”.

With studios in Montreal, Los Angeles and Quebec City, Rodeo FX employs 350 accomplished artists and professionals and celebrated its 10th anniversary in 2016.