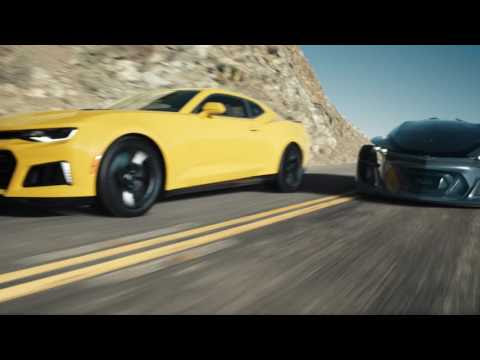 Arraiy is enhancing the expressive power of artists, directors and other content creators by leveraging machine learning.

Palo Alto, CA (March 28, 2018) – Arraiy, a computer vision and machine learning platform for the motion picture and television industry, announced today that it has raised over $10 million in a Series A round of funding. The round was led by Lux Capital and Softbank Ventures, with new participation from Dentsu Ventures and Cherry Tree Investments, and continued participation from IDG Capital and CRCM Ventures. Arraiy will use the capital to grow its team, scale its product portfolio and fuel expansion in the professional film market.

High-end film production is incredibly complex, time consuming and expensive to create. With the advent of streaming distribution models, and the importance of satisfying niche audience preferences, demand for rich film content is at an all-time high. Within this environment, Arraiy is building an AI-based production workflow to simplify the production process and enable content creators to deliver top-tier visuals for significantly lower costs.

“Content is becoming king: Apple, Amazon, Netflix, and Hulu, are taking a page out of HBO’s playbook and creating their own content. Carriers are coming to realize that connectivity is becoming abundant while magical content is scarce. Arraiy is positioning itself to become the standard workflow as these tech-native companies enter the media business,” says Shahin Farshchi, partner at Lux Capital, who joins Arraiy’s board of directors.

Early previews of the Arraiy technology can be seen through their collaborations with The Mill and Black Eyed Peas. Arraiy provided The Mill with a real time tracking solution that allowed the production team to visualize a photorealistic digital car as the shot was being filmed. The project, called “The Human Race” showcases the creative opportunities of “virtual production,” and won Siggraph 2017 Best Real-Time Graphics and Interactivity award.  Arraiy also worked with Black Eyed Peas to create their recent “Street Living” music video. They made it simple for the production team to superimpose band member’s mouths over already-existent images from the civil rights era.

“Our aim is make movies better, cheaper and faster to produce by empowering creators with a practical machine learning based workflow,” says Ethan Rublee, Co-founder and CEO of Arraiy. “We’re filmmakers, scientists, roboticists, and engineers; and we’re passionate about the opportunity to bring all of these disciplines together as we reimagine the process of making movie magic.”

“Machine learning is the next industrial revolution, vision and deep nets are really at a point of maturity, with the opportunity to provide a 10x on productivity. We’re solving the inverse graphics problem in the context of storytelling, and it’s just plain fun,” says Dr. Gary Bradski, Co-founder and CTO of Arraiy and founder of the Open Computer Vision Library (OpenCV).

“The future of the company looks very exciting. Beyond movies and ads, their technology can also have a huge impact in gaming, virtual reality, and sports broadcasting,” says Reda Dehy at Softbank Ventures. “We are very excited to support Arraiy, the team and their vision.”

About Arraiy
Headquartered in Palo Alto, Arraiy is building the premier AI-driven production platform for the motion picture and television industry. Arraiy is collaborating with major studios, industry veterans, and award-winning artists to re-invent the filmmaking process with self-improving AI at its core. With its products, Arraiy seeks to enhance the creative freedom of storytellers and unlock the next generation of visual storytelling.