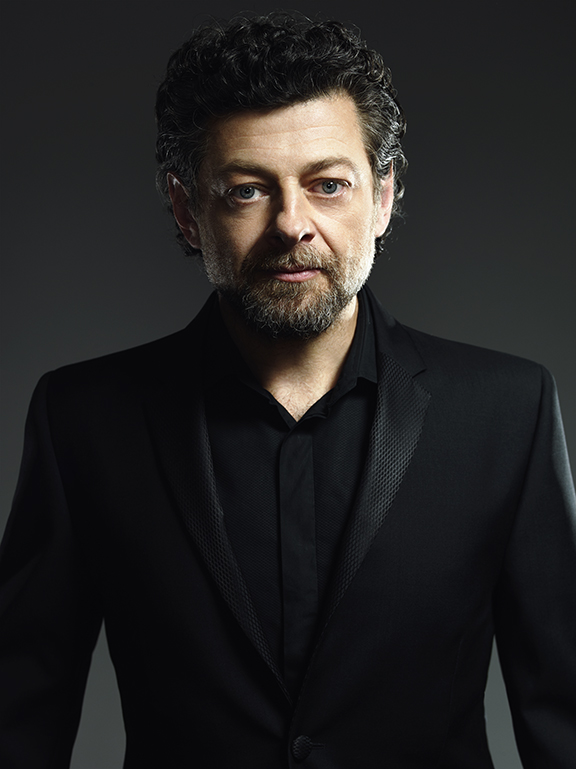 London, UK (July 30, 2019) – The IBC2019 International Honour for Excellence will go to Andy Serkis, the director, producer and actor who is today best known for his performance capture roles. These include Gollum, Supreme Leader Snoke, King Kong and Caesar in the Planet of the Apes series. Serkis will accept the award at the climax of the IBC2019 Awards Ceremony, on Sunday night.

“IBC is where the technology, the craft and the business of the media industry come together,” said Michael Crimp, CEO of IBC. “The International Honour for Excellence has a long history of rewarding those who have transformed our creative vision. Andy Serkis has achieved this by bringing extraordinary humanity to computer-generated characters.”

Serkis was born in England in 1964 and wanted to be an artist before becoming an actor, working in the theatre and on television. Today he is also a producer and director, with his London-based company Imaginarium Studios producing last year’s Mowgli, Legend of the Jungle, a new interpretation of Kipling’s originals adapted by Serkis, which also featured him co-starring as Baloo the bear alongside Christian Bale’s Bagheera.

His greatest achievement, though, is in making the shift from mere motion capture for CGI towards a combination of technology and the interpretive skill of the actor to create the fidelity of the performance in every detail. This is what gives the performance genuine humanity: his performance as Caesar in the three Planet of the Apes films won him an acting nomination from the Broadcast Film Critics Association.

For bringing together the highest performance standards with the latest in image recognition and CGI technology, the IBC2019 International Honour for Excellence will be presented to Andy Serkis.

“I feel incredibly honoured to have been chosen as the recipient of this year’s prestigious IBC award,” said Andy Serkis. “In tun, I must share this appreciation with the phenomenal legions of creative artists, visionaries and pioneers with whom I’ve been lucky enough to dance with on this journey of next generation storytelling.”

The IBC2019 Awards Ceremony is free to all IBC visitors. It takes place on Sunday evening 15 September at 18.30 in the RAI Auditorium, and will also see the presentation of two new awards this year, honouring achievements in social responsibility and a Young Pioneer, alongside the IBC Innovation Awards.

Earlier on Sunday Andy Serkis will feature in an IBC2019 Conference Convention Keynote, in conversation with Hollywood journalist Carolyn Giardina. They will review his career, the state of the art in motion capture, and discuss where he sees the future of technology in film and television. The Convention Keynote is at 12.30 in the Forum, and is free to attend.