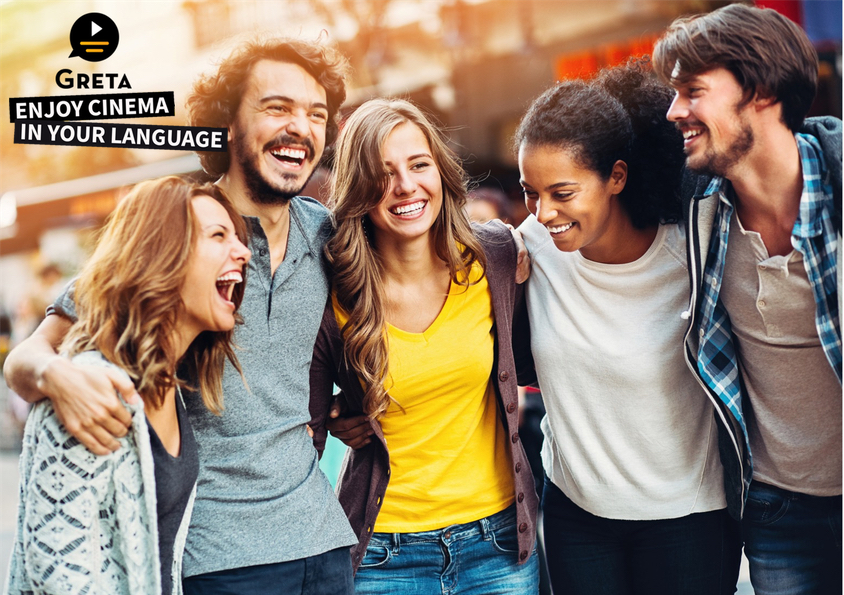 Greta & Starks is a Berlin-based film tech company introducing a new service for foreign language audiences worldwide during EFM 2020. Imagine that there was an easy way to win up to 400 million expats, international students and tourists as new audiences!

A new platform and the existing app, Greta, will make different language versions (both as audio and as subtitles) available worldwide as an innovative pay-per-view option. Currently 400 million expats, students, immigrants as well as tourists are excluded from enjoying the cinema because of language barriers. In a globalized world, growing interest in original versions and the demand for multilingual dubbing is on the increase.

A recent survey among 563 expats, tourists, and international students showed that 53% are not satisfied with the existing availability of OV in cinemas: 84% would go to the cinema more often if dubbing in their language was available. 72% would pay between 1-3€ for it. 5% were even willing to pay more than 3€!

Greta & Starks’ vision is, with this technology, to enable people using languages to go to the cinema together. This is both company founder, Seneit Debese, and the European Commission’s goal of making cinema more accessible and attractive to an audience as large and diverse as possible.

“We expect an additional profit of approximately €120,000 per language for a successful arthouse release.” said Debese. It is a win-win situation on several levels. This is an audience acquisition tool with enormous potential to increase tickets sold. The app, the database and all of the processes involved comply with the highest DRM and security requirements.

About Greta & Starks
Greta & Starks, an award-winning company based in Berlin, has made over 800 films accessible with audio descriptions and closed captions in Germany, Austria, Switzerland, France, Belgium, Luxembourg, and Israel with their Greta app. Designed for cinemas, Greta also works on DVD-versions of films, streaming and at film festivals. Since 2014, more than 480,000 people became enthusiastic new moviegoers thanks to the app. Greta & Starks is a company that was also specially featured during EFM 2016, and has consistently worked to make cinema more accessible. The company collaborates with independent and US major distributors such as Studiocanal, Constantin, Disney and Universal. In TV, a successful collaboration was also possible with RT2. Some A-festivals such as the Berlinale, DOK Leipzig, Zurich Film Festival and many others are partners too. Seneit Debese, founder and CEO of Greta & Starks, will be available for interviews before and during the Berlinale to provide more insights into the project.