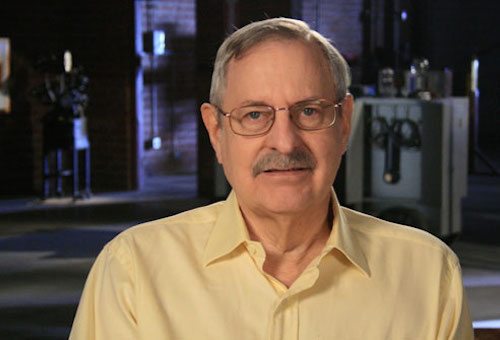 The Association of Moving Image Archivists (AMIA) will present four awards in recognition of work by individuals in the areas of archiving and preservation on November 30, during the AMIA Annual Conference in New Orleans. This year’s recipients include Robert Gitt, founder of the UCLA Film & Television Archive’s Preservation Department, for the Silver Light Award; Chapin Cutler, co-owner of Boston and Light & Sound (BLS), for the Spotlight Award; Regina Longo, founder and leader of the Albanian Cinema Project (ACP), for the Alan Stark Award; and Moriah Ulinskas, longtime chair of the AMIA Diversity Committee, with the William S. O’Farrell Volunteer Award.

AMIA’s Silver Light Award, which will be bestowed on Gitt, recognizes career achievement in the field of moving image archives, including professional and volunteer works or activities, and contributions to preservation and restoration projects. Gitt is considered one of world’s innovators in the field of archiving. He personally preserved or supervised the restoration of more than 360 feature films, as well as hundreds of shorts and newsreels. Notable films he worked on include Orson Welles’ Macbeth (1948); the silent comedy classics “Grandma’s Boy” (1922) and “The Freshman” (1925); Rouben Mamoulian’s early Technicolor feature “Becky Sharp” (1935); Elia Kazan’s “A Face in the Crowd” (1957); Charles Laughton’s “The Night of the Hunter” (1955); and Stanley Kubrick’s “Paths of Glory” (1957), among many others. Gitt is also renowned for his historical lectures on “Charles Laughton Directs The Night of The Hunter and A Century of Sound,” currently in production as an extended documentary in collaboration with Chace Audio. His career began at Dartmouth College where he remained for several years after he graduated, curating programs for Dartmouth College Films. In 1970, Gitt joined the American Film Institute (AFI) in Washington, D.C, where he established presentation standards for the AFI Theater, and launched his longtime archivist vocation.

The Spotlight Award recognizes Cutler’s history of advocacy to the art of film projection and presentation, education, and collaboration between the exhibition and archival communities. Cutler and his company are the “go-to” resource for specialty and high-profile projection projects, from building out theaters to festivals and special events. BLS was responsible for all the 70mm equipment and most of the projectionists for the large-format theatrical film releases of “The Hateful Eight” and “Dunkirk” – sometimes resorting to 3D printers to make projector parts that just aren’t manufactured anymore. As a member of AMIA, Cutler instated the Projection Workshops, and has served on numerous committees. A projectionist for more than 50 years, he is passionate about keeping projection skills alive and the quality of exhibition high. Between his professional and volunteer duties, Cutler rebuilds old machines and answers any calls for mentorship from the exhibition and archival communities.

Longo’s efforts to preserve collections in under-resourced environments is a leading example of what Alan Stark, the award’s namesake, represents. Stark believes that work done to preserve audiovisual legacies is only strengthened by the diversity of experts working in the field. Longo founded ACP in 2012 to bring awareness and assistance to the National Film Archives of Albania (AQSHF), and to preserve, restore and promote Albanian film heritage. In just five years, she assembled a coalition of archivists, filmmakers and cinephiles, as well as significant partners including AMIA, International Federation of Film Archives (FIAF), The Film Foundation, the U.S. Embassy in Tirana, and the Albanian Ministry of Culture. Her efforts have led to the preservation of several Albanian films that have screened all over the world, enlightening new audiences of cinephiles, film scholars and the Albanian diaspora. ACP has also provided training, consulting and support to the archivists at AQSHF for the care and preservation of their collections; brought material support to the Albanian Film Archives; lobbied the Albanian government against the proposed ban on screening Albanian communist-era films; and created internship opportunities at ACP.

The William S. O’Farrell Volunteer Award recognizes significant contributions to AMIA. The Award is named for long-time member Bill O’Farrell and honors all that he did for AMIA, including the mentoring role he played over the years to so many archivists, and his contribution to the field. As chair of the AMIA Diversity Committee formed in 2011, Ulinskas is the driving force behind efforts at the organization to promote equity in the field of archiving and preservation. She authored an organizational statement on Diversity Equity and Inclusion and ushered it through ratification. The Community Archiving Workshop (CAW) program is among the projects she introduced to the Diversity Committee, having first become involved individually in 2010 (under the Independent Media Committee) and later engaging AMIA as a partnering organization. After several successful CAW events, Ulinskas co-created the Community Archiving Workshop handbook and toolkit (www.communityarchiving.org). She is currently pursuing a doctorate in public history at the University of California, Santa Barbara.

For more information, or to register for the AMIA Annual Conference, visit www.amiaconference.net.