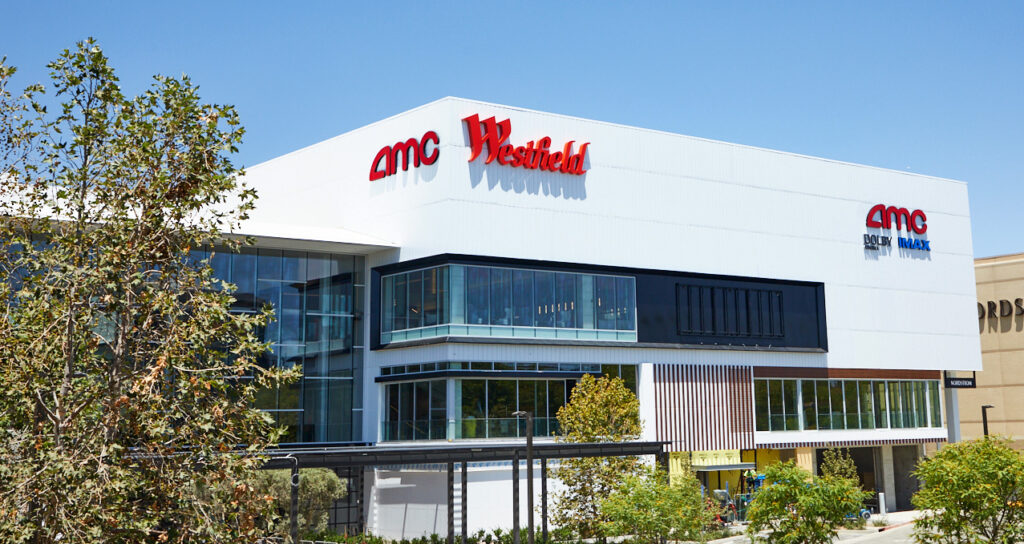 AMC DINE-IN Topanga 12 features all recliner seating, IMAX with Laser at AMC, Dolby Cinema at AMC, as well as many other popular amenities like all laser projection and the Dine-In Delivery to Seat service. In conjunction with the opening of AMC DINE-IN Topanga 12, nearby AMC Promenade 16 will close at the end of business on Wednesday, June 1

AMC Theatres, the largest theatrical exhibitor in the United States and the world, and Unibail-Rodamco-Westfield (URW), global developer and operator of flagship destinations, today announced that AMC’s first newly-built theatre of 2022, AMC DINE-IN Topanga 12, will open to the public this Thursday, June 2. In conjunction with the grand opening of AMC DINE-IN Topanga 12, the nearby AMC Promenade 16 in Woodland Hills will cease operation and close at the end of business on June 1. AMC DINE-IN Topanga 12 is a core entertainment anchor in the expansion at Westfield Topanga & The Village, and part of URW’s massive investment in renovating the center to create a world-class dining, entertainment, and luxury district out of former department store space.

The theatre opens just in time for the summer moviegoing season, and AMC DINE-IN Topanga 12 is ready to accommodate movie-lovers’ demand to see the action on the biggest and best screens possible. The theatre features IMAX with Laser at AMC and Dolby Cinema at AMC premium formats, ensuring plenty of capacity for this summer’s biggest blockbusters.

As the name suggests, AMC DINE-IN Topanga 12 is AMC’s latest addition to its collection of Dine-In theatres, offering delicious meals along with the unmatched on-screen entertainment. The Dine-In Delivery to Seat concept allows guests to place their order in the lobby area and have it delivered directly to their seat to enjoy as they watch their movie. In addition to the always popular AMC Perfectly Popcorn and Coca-Cola Freestyle, guests can choose from amazing dining options like Southern Style Chicken Tenders, Chicken Cobb Salad, Bacon Chicken Mac & Cheese Bowl, Royal Bacon Brie Burger, Chocolate Hazelnut Churros and our Mega Milkshakes in flavors like OREO®, chocolate, and vanilla.

At AMC, every seat is the best in the house. In addition to AMC Signature Recliners and state-of-the-art laser technology in every auditorium, AMC Topanga 12 features reserved seating, ensuring moviegoers can secure their seats before they arrive at the theatre, as well as ticketless entry, which allows guests to skip the box office entirely through access to their ticket on their mobile device.

Expected in the coming weeks is the AMC MacGuffins adult beverage concept. Available to guests 21 and older, MacGuffins offers beer, wine and premium cocktails for guests to enjoy before, during or after their movie.

“During the last two years AMC has made a significant investment in expanding and enhancing the AMC movie-going experience in the Los Angeles market with acquisitions, renovations, and brand-new theatres. When considering all we’ve done recently to Make Movies Better in the Los Angeles market, I’m proud to say that opening AMC DINE-IN Topanga 12 is among our most important accomplishments, for our Company, for our studio partners and, most importantly, for moviegoers,” said Dan Ellis, Executive Vice President, Chief Operations & Development Officer, AMC. “With the theatre’s world class amenities, state-of-art technology, and our incredible theatre team, AMC DINE-IN Topanga 12 is one of our crown jewels not only in the Los Angeles area, but in the entire country.”

“Establishing Westfield Topanga & The Village as the place in the San Fernando Valley to shop, dine, and play—as well as one of the most attractive destinations on the West Coast—begins with the opening of AMC DINE-IN Topanga 12,” said Geoff Mason, Executive Vice President of Development, Design, and Operating Management for URW in the U.S. “The addition of one of the most luxurious movie theatres in the market is a part of a series of significant investments we’re making in the center to develop an experience-driven, landmark destination tailored to satisfy the desires and demands of the local community.”

AMC is the largest movie exhibition company in the United States, the largest in Europe and the largest throughout the world with approximately 950 theatres and 10,500 screens across the globe. AMC has propelled innovation in the exhibition industry by: deploying its Signature power-recliner seats; delivering enhanced food and beverage choices; generating greater guest engagement through its loyalty and subscription programs, web site and mobile apps; offering premium large format experiences and playing a wide variety of content including the latest Hollywood releases and independent programming. For more information, visit www.amctheatres.com.