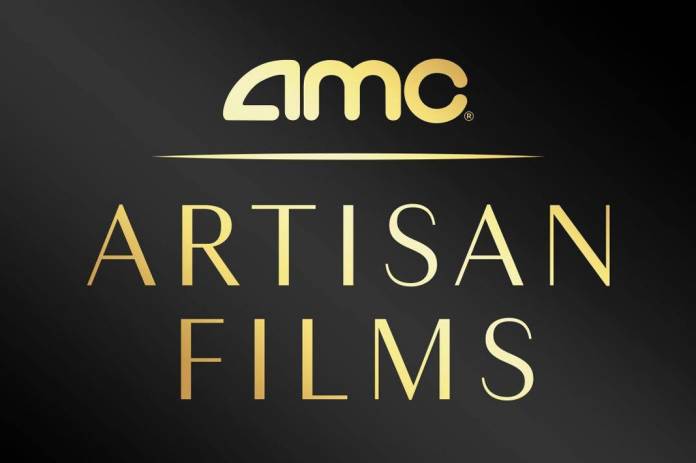 AMC Theatres (NYSE:AMC), the largest theatrical exhibitor in the United States and the world, is proud to announce the launch of AMC Artisan Films, a new programming and marketing initiative that will put a spotlight on a curated set of character and narrative driven movies.

AMC Artisan Films strives to make critically acclaimed films more accessible with the quality amenities and cutting-edge technology guests expect from AMC. Through AMC Artisan Films, AMC will program specialized movies consistently in select locations throughout the United States. This programming approach will let interested moviegoers know where to look for upcoming acclaimed and thought-provoking films, and it will provide consistent and convenient showtimes.

Any movie with the AMC Artisan Films seal shows expertise in writing, directing, acting and/or one of the many component parts that make up a movie. It is an artist-driven, thought-provoking movie that advances the art of filmmaking.

“Because AMC is the industry’s top choice for blockbuster movies, many consumers don’t realize that we play more elevated and celebrated films than anyone else in North America,” said Elizabeth Frank, EVP of Worldwide Programming and Chief Content Officer, AMC Theatres. “With the launch of AMC Artisan Films, we aim to expose more movie-goers to specialized films and increase their theatrical success. And we plan to increase consumer access to these special films by seeking earlier runs in platform releases and holding longer in theatre to give audiences time to learn about them from other passionate guests.”

The idea for AMC Artisan Films arose when AMC CEO Adam Aron and Elizabeth Frank met earlier this year in Los Angeles with several key members of the Directors Guild of America. Jon Avnet, one of many longtime and prominent directors who participated in the session, suggested that it is vital for major theatre operators to embrace small and mid-size films, whether they come from major studios or from more independent sources. On behalf of AMC, Aron and Frank agreed that AMC taking actions to promote and celebrate more films and more storytellers would be a healthy enhancement to the cinematic ecosystem, and AMC Artisan Films was born.

The AMC Artisan Films program launches with the release of “Yesterday”, which opens nationwide on June 28, 2019. Additional upcoming AMC Artisan Films titles include “Midsommar”, “Blinded By The Light”, “The Peanut Butter Falcon”, “Downton Abbey”, “The Art of Self-Defense”, “Luce”, “The Kitchen” and “Where’d You Go, Bernadette”.