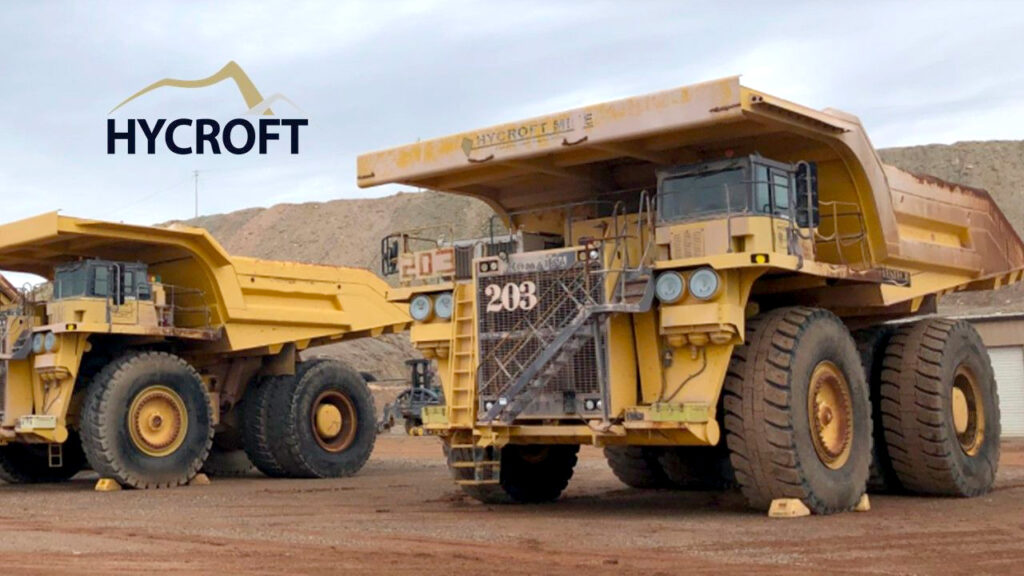 AMC buying 22% of Hycroft Mining Holding Corporation, and to receive an additional 23.4 million warrants in Hycroft at $1.07 per share

AMC Theatres (NYSE:AMC), the largest theatrical exhibitor in the United States, in Europe & the Middle East, and in the world, today announced it is buying 22% of Hycroft Mining Holding Corporation (NASDAQ:HYMC) and its 71,000 acre Hycroft Mine in northern Nevada. Independent third-party studies confirm that the Hycroft Mine has some 15 million ounces of gold deposits and some 600 million ounces of silver deposit. In addition, AMC will receive an additional 23.4 million warrants in Hycroft at $1.07 per share.

Making an investment equal to AMC is Eric Sprott, one of the world’s leading gold and silver investors. Combined, AMC and Mr. Sprott are investing $56 million, which will help Hycroft considerably lengthen its financial runway. With its investment, AMC has been granted the right to appoint a representative to the Hycroft Board of Directors.

AMC and Mr. Sprott will each invest $27.9 million in cash in Hycroft in exchange for 23,408,240 units, with each unit consisting of one common share of Hycroft and one common share purchase warrant (the “Units”). The Units are priced at $1.193, which complies with the minimum bid price required by Nasdaq for an at-the-market purchase. Each purchase warrant is exercisable for one common share of Hycroft at a price of $1.068 per share and will carry a five-year term from the date of issuance. The closing of the Private Placement is expected to occur on or about March 15, 2022.

Commenting on the investment in Hycroft, Adam Aron, chairman and CEO of AMC Entertainment said, “The strength of “Spider-Man: No Way Home” and “The Batman”, as well as 2022’s promising industry box office, heighten AMC Entertainment’s conviction that we are on a glide path to recovery. Our strategic investment being announced today is the result of our having identified a company in an unrelated industry that appears to be just like AMC of a year ago. It, too, has rock-solid assets, but for a variety of reasons, it has been facing a severe and immediate liquidity issue. Its share price has been knocked low as a result. We are confident that our involvement can greatly help it to surmount its challenges — to its benefit, and to ours.”

Aron said, “Our investment to buy 22% of Hycroft Mining Holding Corporation, and to receive an additional 23.4 million warrants in Hycroft at $1.07 per share is a truly terrific opportunity to potentially strengthen and enrich our company, and thereby create significant value for AMC Entertainment shareholders. It is appealing that the investment requires the commitment of only a nominal amount of AMC cash. Independent third-party studies confirm that the 71,000 acre Hycroft Mine in northern Nevada has some 15 million ounces of gold deposits and some 600 million ounces of silver deposits. It is one of North America’s largest development sites. We are joined in this investment by Eric Sprott, one of the world’s most acclaimed and most successful gold and silver investors, who is taking an equal 22% stake in Hycroft alongside us. His co-investment underscores our confidence that we have found a profound and unique opportunity for AMC.”

Aron continued, “To state the obvious, one would not normally think that a movie theatre company’s core competency includes gold or silver mining. In recent years, however, AMC Entertainment has had enormous success and demonstrated expertise in guiding a company with otherwise valuable assets through a time of severe liquidity challenge, the raising of capital, and strengthening of balance sheets, as well as communicating with individual retail investors. It is all that experience and skill that we bring to the table to assist the talented mining professionals at Hycroft.”

Aron explained, “AMC’s willingness alongside gold and silver expert Eric Sprott to invest in Hycroft has already had immediate benefit for the company. It is receiving an infusion of $56 million of equity from the two of us, considerably lengthening its financial runway. Additionally, at our urging, the maturity of $156 million of first lien debt and second lien debt has been extended all the way until 2027, giving Hycroft ample time to start moving its mineral deposits up the value chain. What’s more, as a result of AMC’s success in having raised capital in 2020 and 2021, we will be a valuable advisor to Hycroft in its efforts to secure additional equity investments to further increase its cash reserves.”

Aron added, “As I have been saying repeatedly since last June, investors should think creatively and boldly about AMC‘s future, because within the company, we ourselves have been thinking creatively and boldly about our future. Of course, as the largest movie theatre chain in the world, we are passionately committed to orchestrating a full recovery from COVID impacts on the cinema industry. But even with the enthusiasm that the public has for moviegoing at our theatres, it is not enough for us to merely bring back the AMC of old. In 2021, our retail shareholders armed us with a $1.8 billion war chest to play on offense and grow our company. To that end, we have already started adding highly appealing and what we believe will be nicely profitable theatres to our global network, committed to increasing IMAX and Dolby Cinema premium screens, which are so successful within our theatres, introduced NFT programs and accepted cryptocurrency to boost theatre attendance. Similarly, we have announced a major initiative to enter the multi-billion dollar industry of retail popcorn sales, which is right down our alley. Now, we are taking AMC’s demonstrated achievement in writing the play book as to how to navigate through liquidity challenge and applying our lessons learned to another entity in Hycroft Mining. With Hycroft’s 15 million ounces of gold deposits and 600 million ounces of silver deposits, we believe our efforts here will be quite lucrative for AMC shareholders.”