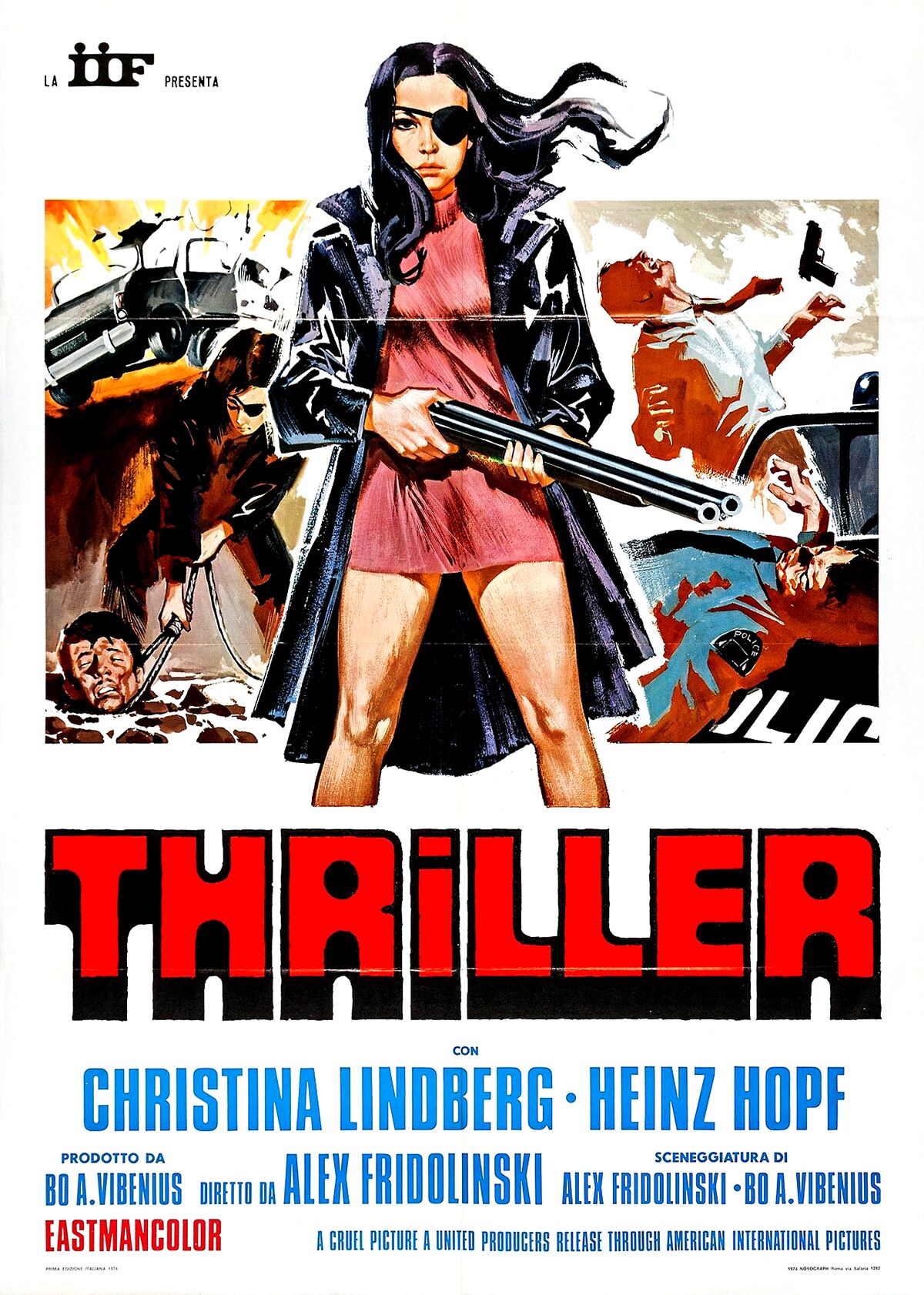 A RoboCop anniversary celebration with star Peter Weller, revivals of exploitation gems, and huge special guests headline the next wave of "Alamo20"

An epic, cybernetic anniversary celebration. Iconic special guests. Premieres of restored exploitation classics and lost masterpieces saved from obscurity. An immersive food and film experience not for the faint of palate. The next round of spectacular film events celebrating twenty years of Alamo Drafthouse is here, and they are truly “distinctly Alamo.”

An explosive 30th anniversary party for cinema’s favorite cyborg super cop tops this list of heavy hitters. On September 10th, the original RoboCop himself, Peter Weller, joins us in person for a screening of ROBOCOP on the steps of Dallas City Hall, a.k.a. OCP Headquarters in the film. RoboCop superfans don’t just have to travel to Dallas to join the fun: local Alamo Drafthouse locations nationwide will host interactive Movie Party screenings of the film that same night with the Q&A beamed in live.

For fans of cinema from the edge, the second wave of “Alamo20” will be a feast for the senses, including two deep dives into exploitation madness:

The second wave of Alamo20 also sees the return of an over-the-top food and film event from Alamo Drafthouse’s past: THE ULTIMATE GARLIC EXPERIENCE, a four-course tribute to the beauty of the stinking rose paired with Les Blank’s documentary GARLIC IS AS GOOD AS TEN MOTHERS. First staged in 2005 at the original Colorado Street location in downtown Austin, TX, this revival will bring tears to eyes at Alamo Drafthouse locations from Brooklyn to El Paso, all the way to San Francisco.

“Planning the Alamo 20th Anniversary events has been a warm, nostalgic walk down memory lane,” said Alamo Drafthouse Founder and CEO Tim League. “For example, I have such vivid, strong memories of the first time we did the Ultimate Garlic Feast. After the show, I just couldn’t wipe the smile off of my face (or the smell of garlic off my clothes). I was so proud of the team that made that perfect evening happen, and I can’t wait to experience that feeling again.”

Last but not least, the capper to this second wave is a one-of-a-kind weekend with two Hollywood luminaries: William Friedkin and his wife, legendary producer/studio executive Sherry Lansing. The couple will choose and present their favorite of each other’s films. On night one, Friedkin will choose his favorite of Lansing’s films; on night two, Lansing will choose her favorite of Friedkin’s. Each will introduce the other’s film and intimate, in-depth Q&As will follow after the credits roll. The films, however, will remain a complete surprise until showtime.

“William Friedkin is one of our all-time favorites, both as a filmmaker and a guest,” said League. “To celebrate our twentieth, this time around we thought it’d be fun to also shine the light on Ms. Lansing and her tremendous accomplishments. I personally can’t wait to witness the results.”

“RoboCop” at OCP Headquarters with Peter Weller
“RoboCop” Peter Weller live in person!
When: September 10, 2017
Where: Dallas, TX + Locations Nationwide
This September we’re marking the thirtieth anniversary of ROBOCOP, Paul Verhoeven’s wild cybernetic vision of the future of law enforcement, with a once-in-a-lifetime livestream event broadcast from the real OCP Headquarters shooting location, aka City Hall in Dallas, TX. And joining us? Part man, part machine, all badass, the first and the greatest RoboCop: Peter Weller! The icon will be there live and in person for a conversation and Q&A that’ll get beamed into ROBOCOP Movie Party screenings across the country. That’s not all. Both the live event and all Alamo Drafthouse screenings are ROBOCOP Movie Party screenings, with special props included with the ticket so you can interact with the film. Presented by Birth.Movies.Death., SYFY, and Alamo Drafthouse.

The Ultimate Garlic Experience
When: September 1, 2017
Where: Locations Nationwide
A celebration of the stinking rose so profoundly immersive it’ll bring tears to your eyes. On the screen, we will project Les Blank’s seminal food documentary GARLIC IS AS GOOD AS TEN MOTHERS. And on your plate, the Alamo Drafthouse culinary team has prepared an amazing four course garlic-lover’s feast — all included in your ticket.

“Video Vortex: Palonia Powa!” An Evening of Trash-Horror Madness with Mark Polonia
Director Mark Polonia live in person!
When: October 17, 2017
Where: Alamo Drafthouse Ritz – Austin, TX
When a movie carries the name “Polonia,” there is no ranking from “best to worst.” There is only POLONIA POWA!! Twin brother trash-horror sensations Mark and John Polonia were responsible for over two dozen feature-length blasts of mayhem before John’s untimely passing in 2009. From CHURCH OF THE DAMNED to HOLLA IF I KILL YOU, the unbeatable Polonia work ethic led to the most outrageous, passionate, and legendary D.I.Y. horror films of all time. At this once-in-a-lifetime event, we’ll unleash a brain-stomping mystery double feature of POLONIA POWA from the VHS depths, complete with an in-person, in-depth, IN-POLONIA discussion with Mark himself. Unmissable.

“Thriller (They Call her One Eye) with Christina Lindberg
U.S. premiere of a brand new 4K restoration from the Swedish Film Institute with star Christina Lindberg live in person!
When: November 11, 2017
Where: Alamo Drafthouse Ritz – Austin, TX
There are regular movies. And then there is THRILLER: THEY CALL HER ONE EYE. A direct inspiration for Quentin Tarantino’s KILL BILL, and the movie that Tarantino famously cited as, “The roughest revenge picture of all time,” THRILLER is an unforgettable collision between pop-art pulp and gritty ultra-violence. It’s also one of the most influential exploitation movies of all time, mostly due to the iconic and empowering presence of star Christina Lindberg. We’re honored to present the U.S. premiere of a new 4K restoration of THRILLER from the Swedish Film Institute, and beyond honored to welcome Christina Lindberg — in person! — to discuss her iconic role and legendary career.

The films of William Friedkin and Sherry Lansing
William Friedkin and Sherry Lansing live in person!
When: November 18 & 19, 2017
Where: Austin, TX
Two Hollywood legends. Two surprise films. William Friedkin is the legendary director of a laundry list of truly great films. Sherry Lansing is a legendary producer and studio executive. They also happen to be married. For one weekend only, we’re celebrating the work of this power couple side by side, with two mystery screenings of their work followed by Q&As. But here’s the real twist: They will pick and introduce their favorite from each others catalog of films – Friedkin for Lansing the first night, and Lansing for Friedkin the next. The film each night will be a surprise, and the evenings are sure to be memorable.