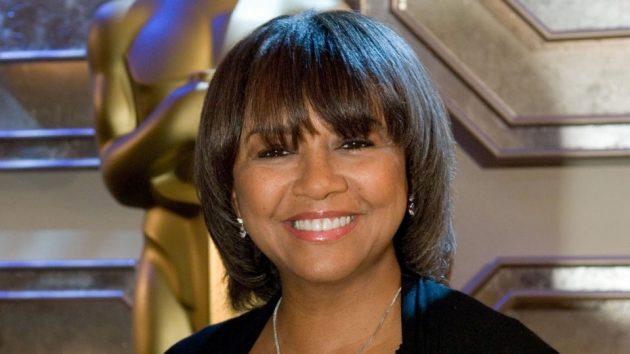 The Will Rogers Motion Picture Pioneers Foundation announced today that Cheryl Boone Isaacs, President of the Academy of Motion Picture Arts and Sciences (Academy), will receive the 2017 Pioneer of the Year honor on March 29, 2017 at the annual theater owners’ convention, CinemaCon, in Las Vegas.

Boone Isaacs is the first African-American and third woman to hold the office of Academy president for which she was elected in 2013. She has represented the Public Relations Branch of the Academy as a Governor for 24 years.

In her role as president, Boone Isaacs presides over the Academy’s board of governors, a group of 54 artists and filmmakers who set the Academy’s strategic vision, preserves the organization’s financial health, and assures the fulfillment of its mission. She also oversees the Oscars and Governors awards and has been instrumental in leading several successful Academy initiatives including launching A2020 – a comprehensive five-year plan to bring new voices into all areas of the organization and helping increase inclusion.

An accomplished film marketing and public relations executive, Boone Isaacs runs her own company, CBI Enterprises, Inc. where she has created and executed publicity campaigns for Academy Award-winning films, including “The King’s Speech” and “The Artist”.

Previously, Boone Isaacs was president of theatrical marketing for New Line Cinema where she promoted campaigns for “Austin Powers: The Spy Who Shagged Me”, “The Wedding Singer”, “Rush Hour” and “Blade”. Prior to her role at New Line Cinema, Boone Isaacs worked at Paramount Pictures for 13 years, eventually becoming the studio’s worldwide director of publicity. While at Paramount, Boone Isaacs led marketing and publicity campaigns for Academy Award-winning films “Forrest Gump” and “Braveheart”.

Boone Isaacs was inducted into the NAACP Hall of Fame in 2014 and in 2016 she was awarded the Rosa Parks Humanitarian award by the Southern Christian leadership Conference of Southern California. She has also received honors from Essence Magazine, The International Cinematographers Guild and African-American Film Critics Association for her professional achievements and impact in the entertainment industry, as well as honorary doctorates from Chapman University and the University of North Carolina.

“We are delighted that Cheryl has accepted the 2017 Pioneer of the Year Award and will be receiving this well-deserved honor,” said Jim Orr, President of WRMPPF and Executive Vice-President of Domestic Theatrical Distribution at Universal Pictures. “She is a true Pioneer in our industry, who demonstrates extraordinary leadership and vision not only in her role at the Academy, but also as a committed member of the entertainment community at large. We look forward to celebrating Cheryl’s philanthropic contributions and professional accomplishments at CinemaCon 2017, as well as raising much needed funds for the Pioneers Assistance program.”

The Pioneers Assistance Fund continues the mission of FMPP by helping any individual from the motion picture community who are encountering an illness, injury or life-changing event. Social workers provide confidential consultations and financial assistance on a short-term or long-term basis, in order to help a person, get back to a normal life or continue living with dignity.