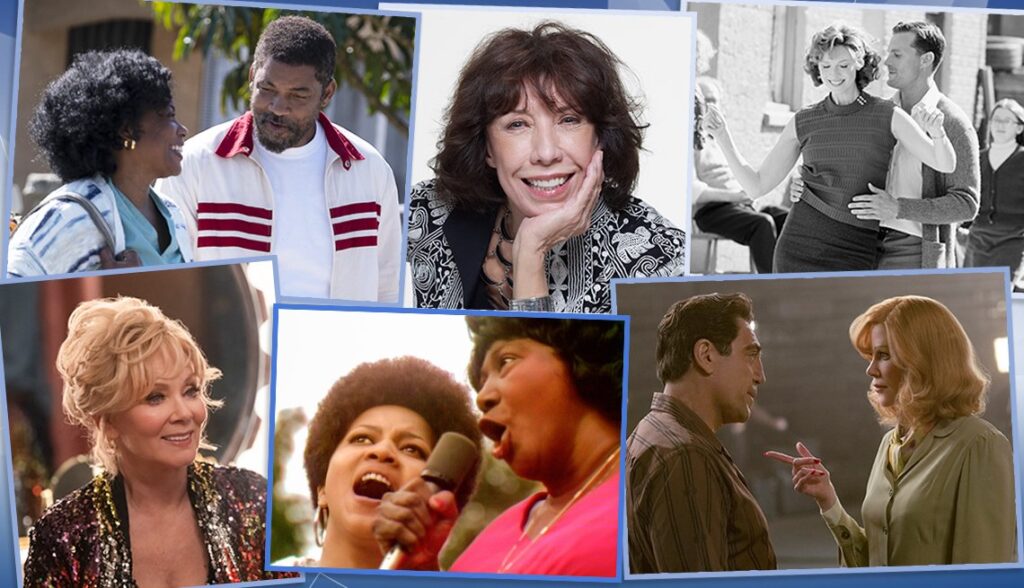 Other highlights of the evening included a special appearance by actress Saniyya Sidney, who presented the Best Actor award to “on-screen dad” Will Smith for his role in “King Richard.” Film director Aaron Sorkin presented the Best Actress award to Nicole Kidman for portraying both Lucille Ball and Lucille-Ball-as-Lucy-Ricardo in “Being the Ricardos.” Michael Keaton took home Best Actor (TV) honors, sharing the deeply personal importance of his role in “Dopesick.” Director Kenneth Branagh received Best Picture/Best Movie for Grownups for “Belfast,” explaining that it’s a memoir of a sort, about growing up during the conflict in Northern Ireland.

“We are thrilled to share this year’s Movies for Grownups Awards honorees during our 20th anniversary special,” said Tim Appelo, AARP film and TV critic. “Even in a pandemic, creators continue to raise the bar, captivating audiences and giving us all a bit of solace during trying times. Twenty years is quite a milestone to celebrate, and we wish all our nominees and honorees a heartfelt congratulations.”

The complete list of the Annual Movies for Grownups Awards winners:

About AARP
AARP is the nation’s largest nonprofit, nonpartisan organization dedicated to empowering people 50 and older to choose how they live as they age. With a nationwide presence and nearly 38 million members, AARP strengthens communities and advocates for what matters most to families: health security, financial stability and personal fulfillment. AARP also produces the nation’s largest circulation publications: AARP The Magazine and AARP Bulletin.