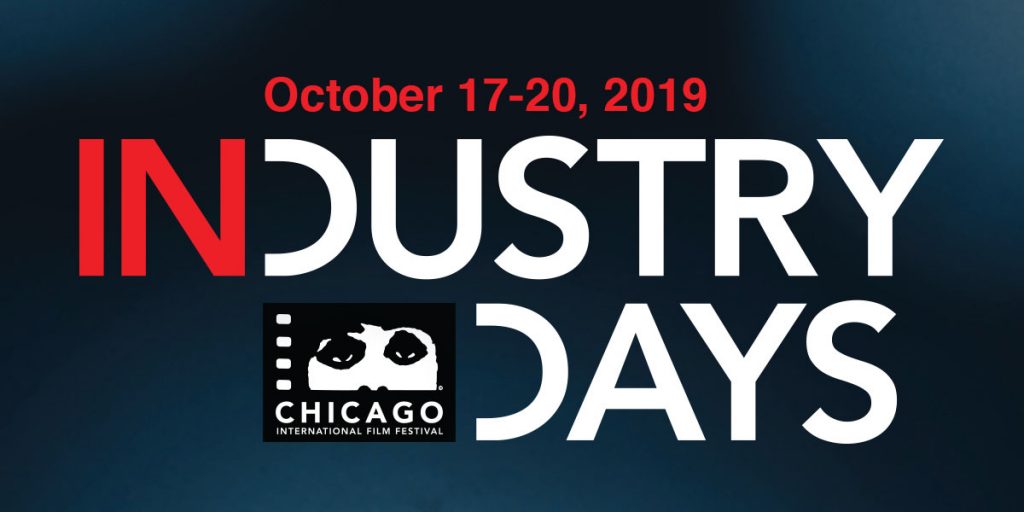 Filmmakers Compete for Pitch Prize Worth Over $20,000 To Make their Movies

The 55th Chicago International Film Festival announced a slate of five narrative feature film projects in active development that will be pitched in front of a live audience and a panel of distinguished industry judges during the Festival’s Industry Days on Sunday, Oct. 20, 2019 at the Chicago Cultural Center, 78 E. Washington St. Now in its fifth year, The Pitch at Industry Days has established itself as a leading industry showcase spotlighting bold, original work from the Chicago region.

Past projects from The Pitch at Industry Days have gone onto completion, including Jennifer Reader’s “Signature Move,” and two films showing at this year’s Chicago International Film Festival: “Knives and Skin,” also directed by Jennifer Reeder, and Haroula Rose’s “Once Upon a River.”

This year’s filmmakers represent a diversity of voices that continue to reinforce the breadth and vitality of Chicago-area filmmakers and projects. From a John Belushi family comedy to a Mexican-American fable, from a feminist mystery thriller to dramas about a 20-something woman finding her way and a desperate single mother losing hers, the selected projects display character-driven storytelling at its finest. See below for the full list.

“We want to see these films get made,” said Chicago International Film Festival and Industry Days Senior Programmer Anthony Kaufman. “And The Pitch is a terrific way for the Festival to support and encourage these local filmmakers, and the winning project gets a huge boost with networking meetings with executives both in Chicago and New York and a great package of in-kind services.”

The Pitch at Industry Days will take place at 1:30pm on October 20th, 2019 at the Chicago Cultural Center’s 5th Floor Millennium Park Room, and is open to both festival badge holders and the public.

To register for Industry Days, go to:
https://www.chicagofilmfestival.com/festival/industry-days/

For more information on The Pitch, go to: https://www.chicagofilmfestival.com/festival/industry-days/the-pitch/
The selected projects for 2019’s The Pitch at Industry Days are:

America’s Guest
Director/Writer/Producer: Justin Shady
Director/Producer: Neal E. Fischer
In 1979, on a warm summer night in Chicago, a middle-class family teetering on the brink of divorce is forever changed when actor John Belushi—who just so happens to be filming a scene for The Blues Brothers down the street—knocks on their front door and invites himself in for dinner.

Carrie On
Director/Writer: Tayler Vee Robinson
Producer: Eugene Sun Park
Carrie moves to Chicago to start over, but gets herself entangled in a messy affair with an ex-boyfriend and his new girlfriend instead.

Homesick
Director/Writer/Producer: Jim Vendiola
Writer/Producer: Shelley Gustavson
Following a traumatic breakdown, a bratty young art student is forced to recover in the isolation of her father’s mid-construction home. But as she works to rebuild her world, she stumbles across a dark, decades-old mystery.

Lotería
Director/Writer: Emily Esperanza
Producers: Brian Khan, Eugene Sun Park
An undocumented bathroom attendant at a seedy vaudevillian nightclub longs to be a famous singer and strikes a deal with the devil to make her dreams a reality.

Three Hours
Director/Writer: Aemilia Scott
Producer: Holli McGinley
A single mother living on the edge in Chicago’s Humboldt Park has three hours to find someone, anyone, to care for her child, or risk losing the job that keeps both of them from losing their home.

About Industry Days
The Chicago International Film Festival’s hub for filmmakers and industry professionals to connect, share ideas and inspire each other, the Industry Days (Oct. 17-20) program includes panels and workshops as well as roundtable meetings, networking events, and a competitive pitch session, which all take place during the Festival (Oct. 16-27, 2019). Events are held at the Festival’s main venue, the AMC River East 21, located in the Streeterville neighborhood in downtown Chicago with a few events happening at the Chicago Cultural Center.