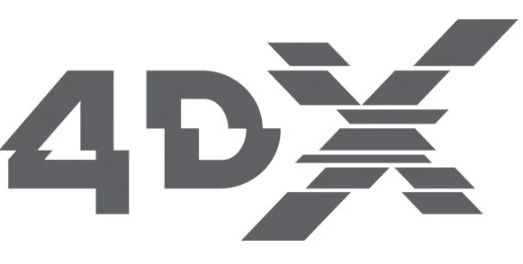 CJ 4DPLEX, the world’s leading cinema technology company, has announced that 4DX has opened its 700th auditorium in the Netherlands. Pathé Utrecht Leidsche Rijn is the latest 4DX venue for the ever-expanding 4DX cinema technology, with the grand opening set for November 27th in Utrecht, Netherlands.

The first screening of 4DX at Pathé Utrecht Leidsche Rijn will be Disney’s “Frozen 2”, melding the innovative 4DX technology with the imaginative and fantasy elements of the film. Audiences will get to experience the motion seats syncing with the musical numbers, along with environmental effects of snow, water, wind, fog and various scents, all coming together to highlight the adventures of Elsa, Anna, Kristoff and crew as they journey away from Arendelle and into new lands.

“This is a meaningful milestone for us as we continue our journey to become the leading premium technology brand in the global cinema industry. Our partnership with Les Cinémas Gaumont Pathé is stronger than ever and we look forward to breaking more records together in the future. With audiences continuously seeking unique and memorable ways of watching films, we believe 4DX offers the most exciting and one-of-a-kind cinematic experiences in the market today,” said JongRyul Kim, CEO of CJ 4DPLEX. “For the 700th opening of 4DX at Pathé Utrecht Leidsche Rijn, we are thrilled to inaugurate the milestone with Disney’s ‘Frozen 2’ for movie fans to experience in 4DX.”

“We are thrilled for the opening of 4DX in Pathé Utrecht Leidsche Rijn with CJ 4DPLEX, which also excitedly marks the 700th 4DX auditorium worldwide. Since the first 4DX opening with Pathé in December 2017, the multi-sensory experience has proven to be a very popular choice amongst our customers with over 900,000 customers experiencing the premium cinema format,” said Doron Kurz, Director Commerce Pathé Theatres B.V. “Pathé aims to offer the best and most innovative cinema experience to customers and with the extreme effects of 4DX, our visitors can really get into the action on screen.”

With the opening of 4DX at Pathé Utrecht Leidsche Rijn, there are now a total of eight 4DX auditoriums operating across the Netherlands with Pathé. CJ 4DPLEX and Pathé first brought 4DX to the Netherlands in 2017 in Rotterdam and Amsterdam. Following the successful performances, more locations followed across Scheveningen, Maastricht, Eindhoven, Nijmegen and Arena. The ninth 4DX auditorium will open in Zwolle before the end of the year. In total, 4DX is available in 49 theaters across Europe with Les Cinémas Gaumont Pathé – 36 in France, 8 in the Netherlands, 4 in Switzerland and 1 in Belgium. More than 80,000 4DX seats have been installed across 65 countries with the capacity to accommodate more than 144 million worldwide moviegoers per year.