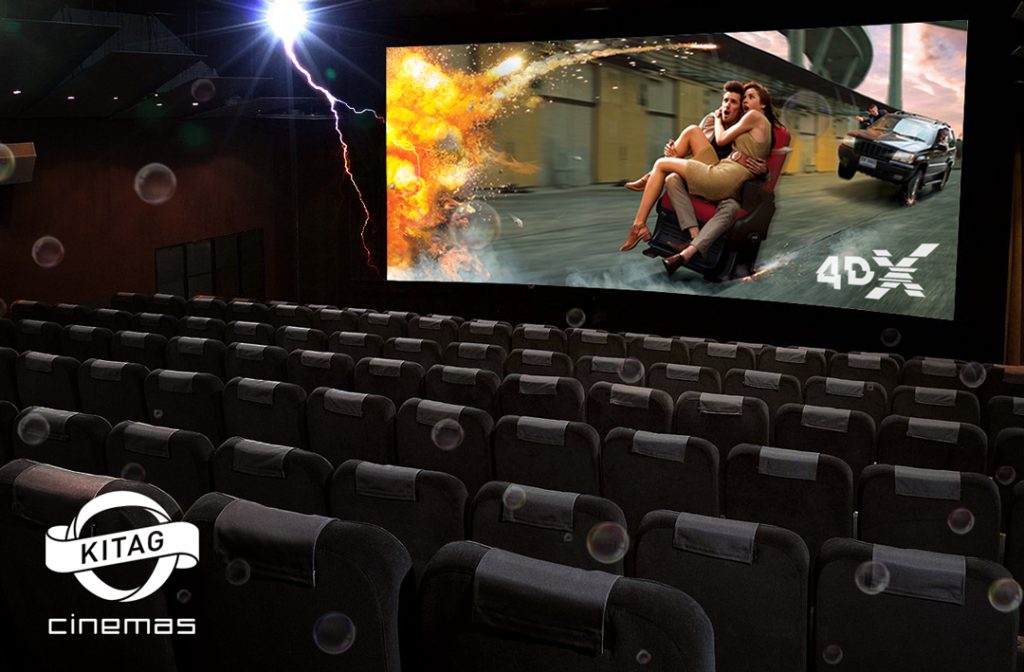 CJ 4DPLEX has today announced that 4DX – the world’s first and leading 4D cinema technology for feature films – has partnered with the innovative cinema exhibitor, KITAG Cinemas. The cinema operator is the largest in German-speaking Switzerland with 85 screens and 17,000 seats at the following locations: Basel, Bern, Biel, Lucerne, Emmenbrück/LU, St. Gallen, Abtwil/SG, Winterthur and Zurich. The new 4DX auditorium will be located at KITAG Cinemas Abaton in Zurich – which has 12 auditoriums with a total of 1,759 seats. It is scheduled to open before the end of the year.

The KITAG Group has set new standards in the Switzerland cinema industry constantly incorporating numerous innovations and hosting film premieres with major international stars. These standards have also attracted considerable attention outside Switzerland. KITAG CINEMAS will strengthen its position as leader of innovation in cinema business through this new partnership with 4DX.

“We are very happy for KITAG Cinemas to join forces with 4DX so that Swiss moviegoers can enjoy a cinematic experience that draws them into the movie further than ever before through environmental and motion effects,” said Grégoire Schnegg, Head of Real Estate at KITAG Cinemas.

The new partnership comes on the heels of rapid growth for CJ 4DPLEX, the immersive cinema technology format behind 4DX, in Europe. 4DX has opened 15 new 4DX screens in Europe, increasing the number of seats on the continent by 32.6%. In 2017 so far, new theaters have opened in Hungary, Norway, France, Turkey, UK, Austria, Romania, the Czech Republic, and Poland.

As of November 2017, more than 8,000 4DX seats have been installed at 62 screens in 17 European countries, with the capacity to accommodate nearly 14.7 million moviegoers per year throughout the continent. The European 4DX footprint accounts for 14.5 percent of the 426 4DX screens worldwide.

4DX has a passionate following in Europe, which can be seen by recent strong showings from tentpole blockbuster films in comparison to 4DX screens worldwide. The top five movies releases in Europe in 4DX generated an occupancy rate of four percent higher than the global average occupancy (37%) for 4DX during the first opening week. This is especially interesting as the average numbers of seats in a 4DX auditorium in Europe is 130, while the global average is only 122.

As an example of the success seen across the region, two sites that opened in 2017, one with Les Cinémas Gaumont Pathé in Paris, France and the other with Nordisk Film Cinemas in Oslo, Norway, have hit an average occupancy rate of over 60% from the time of its opening in March until now. Les Cinémas Gaumont Pathé will open 30 4DX theatres in France, the Netherlands, Switzerland, and Belgium by 2020. The exhibitor will also bring nine additional screens to Denmark, Norway, and Sweden by the end of 2021.

Additional expansion news from 2017 so far includes the August debut of 4DX in Vienna, Austria with Hollywood Multiplex and the September announcement of Kinepolis to bring four 4DX theatres to multiple countries including, Antwerp and Brussels (Belgium), Lomme (France) and Madrid (Spain).

About CJ 4DPLEX
CJ 4DPLEX is the world’s first 4D cinema company, headquartered in Seoul with international offices in Los Angeles and Beijing. The company created 4DX, the first and leading 4D cinema technology for feature films, providing moviegoers with an immersive cinematic experience that utilizes all five senses, allowing the audience to connect with movies through motion, vibration, water, wind, snow, lightning, scents, and other special effects that enhance the visuals on-screen. CJ 4DPLEX brings 4DX auditoriums to exhibition partners along with 4DX codes for both major Hollywood blockbusters and local titles. Each auditorium incorporates motion-based seating synchronized with more than 20 different effects and optimized by a team of skilled editors, maximizing the feeling of immersion within the movie, beyond the limits of audio and video. Since 2009, more than 460 Hollywood and local titles have been screened in 4DX. As of November 2017, more than 52,000 4DX seats operate in 426 auditoriums spanning 50 countries. CJ 4DPLEX was named a Most Innovative Company of 2017 in Live Events by Fast Company. For more information, please visit www.cj4dplex.com