4DX is Coming to Azerbaijan Through a Deal With Cinema Plus 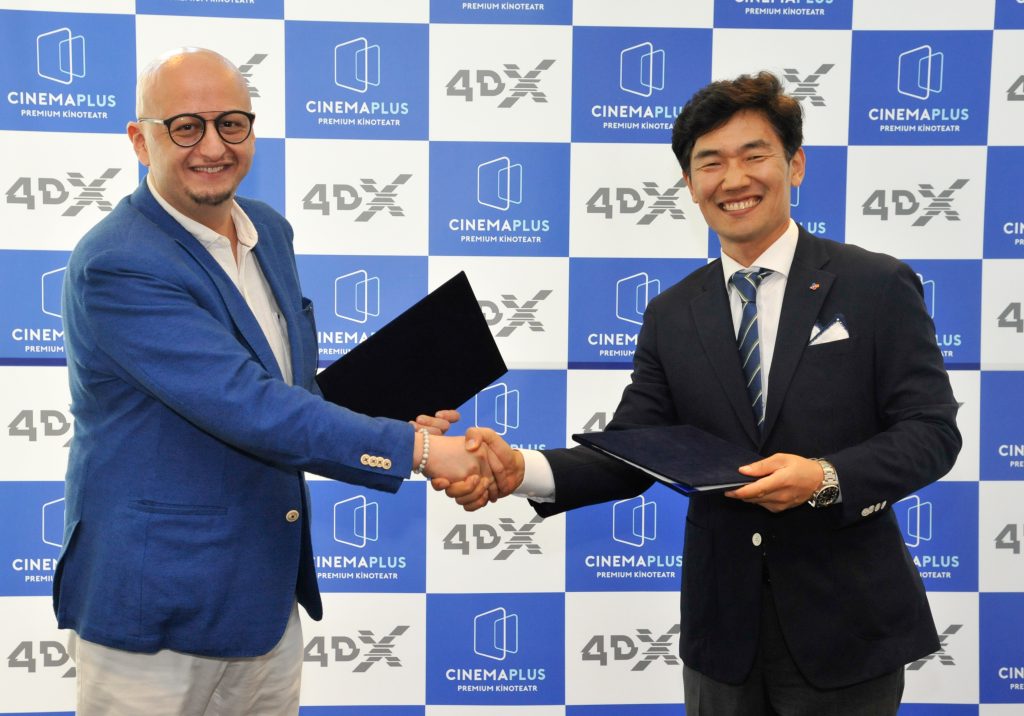 Innovative cinema technology will come to the brand new Daniz Mall, marking the entry as the 65th country for 4DX.

CJ 4DPLEX (http://www.cj4dx.com), the world’s leading cinema technology company, announced today that it has signed a new deal with Cinema Plus, the leading cinema chain of Azerbaijan, to bring the multi-sensory 4DX format to Daniz Mall, Azerbaijan the 65th country globally for 4DX and the 4th country from CIS following Russia, Ukraine and Belarus.

Daniz Mall is located in the capital city Baku, alongside the Caspian Sea, featuring leading retail, restaurant, and entertainment stores and scheduled to open by the end of 2019. The unique design of the mall, which is inspired by the eight-pointed star on Azerbaijan’s national emblem, is developed by London based Chapman Taylor. The 4DX auditorium will open inside the Cinema Plus theatre, which will accommodate 11 screens and 1,165 seats.

4DX innovative theater technology enhances the on-screen visuals of action-packed blockbusters and haunting horror films, transcending the traditional cinema experience through special effects including motion-synchronized seats, wind, fog, rain, lightning, snow, bubbles, vibrations, and scents. The result is one of the most immersive cinema formats in the industry, drawing fans into the action on the big screen.

“We are very pleased to be signing a new deal with Cinema Plus in expanding 4DX into Azerbaijan,” said JongRyul Kim, CEO of CJ 4DPLEX. “We are incredibly happy to be working with such a great new partner in revolutionizing the cinematic landscape and we look forward to developing a long-lasting partnership with them in the years to come.”

“We have tremendous purpose and dream for well-being, entertainment and joy of people. We hope and believe that with the support of friends, and empowering of our corporation we can brighten each coming day.” said Jafar Akhundzadeh, CEO of Cinema Plus.

The representative from Cinema Plus also added: “In general, as it is with other countries, new innovations, technological enhancements, and new type of entertainment is received with much enthusiasm by the local audience. As our surveys reveal, with the launching of 4DX, viewers will attend cinemas with more excitement and make memories worth sharing, as it is common desire to want to be a part of a movie. From the perspective of the cinema chain, launching of 4DX will increase interest in the field, which will lead to increase in revenue as well.”