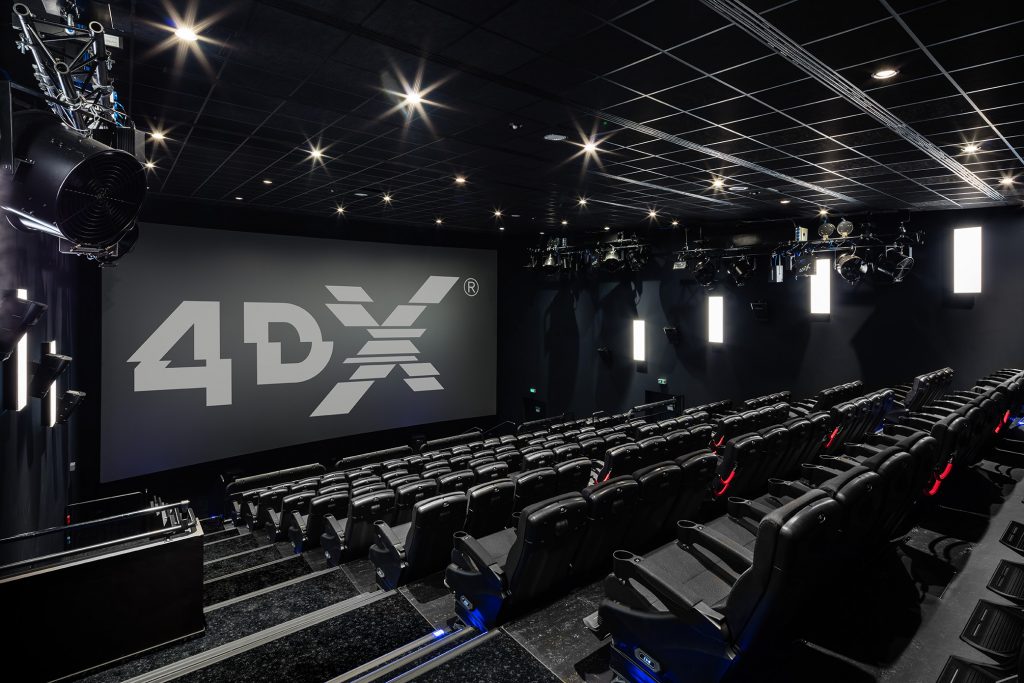 CJ 4DPLEX, the world’s number one 4D cinema company, has today announced that its industry-leading 4DX technology is now available in 400 theatres around the world. The opening of its 400th location makes 4DX the fastest-growing premium cinema format, having reached this milestone in seven-and-a-half years following its debut in 2009.

The 400th 4DX location is officially launching today at Wanda Cinemas in Tiantongyuan, Beijing, China, with the screening of “Spider-Man: Homecoming” – an ideal showcase for an innovative film technology that features motion seats and environmental effects such as rain, fog and various scents.

With this opening, more than 49,000 4DX seats have been installed in theatre auditoriums across 49 countries, with the capacity to accommodate more than 89 million worldwide moviegoers per year. This impressive number is due in part to an accelerated growth rate that has led to more than ten new 4DX sites opening per month for the past ten months, with the number of worldwide locations growing from 300 to 400 in record time, topping the 12 months it previously took to grow from 200 to 300.

“Launching our 400th location has significant meaning for us, and is a testament to being the fastest-growing premium cinema format. We plan to build on this momentum and continue to thrive worldwide, with the goal to be the leading premium cinema brand in the global cinema industry in the coming years,” said Byung-Hwan Choi, CEO of CJ 4DPLEX. “We look forward to seeing sustainable growth in the global market as we build solid partnerships and maintain reliable relationships with our exhibitor partners.”

CJ 4DPLEX holds 67 patents around the world and the innovative and state-of-the-art 4DX technology is at the core of the format’s global expansion and popularity. Considered to be one of the most significant innovations in cinematic technology, 4DX is a next-generation movie theatre format. The company’s exclusive, self-patented 4DX Software allows its 4DX Studio team to design multisensory seat motions and environmental effects that provide a completely immersive experience for moviegoers. The sophisticated 4DX process provides the largest number of signature effects industry-wide, released only after strict selection procedures, field tests and quality control with major studios. Today, 20 different kinds of effects have been created, with CJ 4DPLEX continuously improving existing effects and inventing new ones. This includes the new Sway & Twist motions developed to bring realistic, dynamic movements to the 4D industry for the first time.

About CJ 4DPLEX
CJ 4DPLEX is the world’s first 4D cinema company, headquartered in Seoul with international offices in Los Angeles and Beijing.  The company created 4DX, the first and leading 4D cinema technology for feature films, providing moviegoers with an immersive cinematic experience that utilizes all five senses, allowing the audience to connect with movies through motion, vibration, water, wind, snow, lightning, scents, and other special effects that enhance the visuals on-screen. CJ 4DPLEX brings 4DX auditoriums to exhibition partners along with 4DX codes for both major Hollywood blockbusters and local titles. Each auditorium incorporates motion-based seating synchronized with more than 20 different effects and optimized by a team of skilled editors, maximizing the feeling of immersion within the movie, beyond the limits of audio and video. Since 2009, more than 450 Hollywood and local titles have been screened in 4DX. As of August 2017, more than 48,000 4DX seats operate in 395 auditoriums spanning 49 countries. CJ 4DPLEX was named a Most Innovative Company of 2017 in Live Events by Fast Company. For more information, please visit http://www.cj4dplex.com