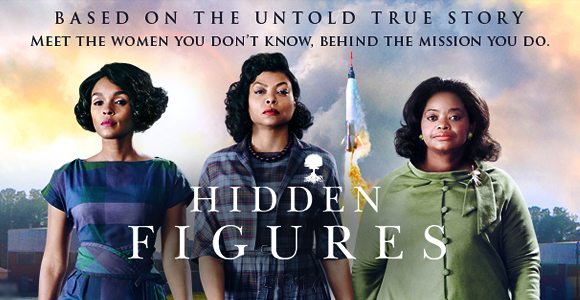 Community groups invited to apply for additional screenings in their towns

“Hidden Figures” continues to inspire audiences across the country, having already crossed $144 million in box office receipts. The free screenings, which will be held at AMC Theatres on February 18th in fourteen US cities, are intended to build broader awareness of the true story on which the film is based.

In addition to the screenings taking place on February 18th, 21st Century Fox and AMC Theatres invite school and community groups and non-profit organizations to apply for additional special screenings to be held in their towns. Groups can apply at http://21.cf/HiddenFigures for consideration. The application deadline is February 28, 2017 and winners will be notified in March 2017.

“As we celebrate Black History Month and look ahead to Women’s History Month in March, this story of empowerment and perseverance is more relevant than ever. We at 21CF were inspired by the grassroots movement to bring this film to audiences that wouldn’t otherwise be able to see it – audiences that might include future innovators and barrier-breakers – and we wanted to support and extend that movement,” said Liba Rubenstein, 21st Century Fox’s Senior Vice President of Social Impact.

“The storytelling and message that ‘Hidden Figures’ carries is endearing and inspiring, and based on the remarkable community support this movie has received, we have witnessed first-hand the powerful impact it is having on audiences,” said Elizabeth Frank, EVP and Chief Content & Programming Officer, AMC. “We’re honored to partner with Fox to help further the reach of this message to moviegoers across the country.”

21st Century Fox also recently completed “The Search for Hidden Figures” contest to uncover the next generation of female leaders in science, technology, engineering and math (STEM). More than $200,000 in scholarships and awards were distributed. More information on the contest is available at www.searchforhiddenfigures.com.

“Hidden Figures,” A New Motion Picture From 20th Century Fox
“Hidden Figures,” directed by Theodore Melfi, is the incredible untold story of Katherine G. Johnson (Taraji P. Henson), Dorothy Vaughan (Octavia Spencer) and Mary Jackson (Janelle Monáe)—brilliant African-American women working at NASA, who served as the brains behind one of the greatest operations in history: the launch of astronaut John Glenn into orbit, a stunning achievement that restored the nation’s confidence, turned around the Space Race, and galvanized the world. The visionary trio crossed all gender and race lines to inspire generations to dream big. The film was written by Allison Schroeder and Melfi and is based on the book by Margot Lee Shetterly.

About AMC Theatres:
AMC is the largest movie exhibition company in the U.S., Europe and the world with approximately 900 theatres and more than 10,000 screens across the globe. AMC has propelled innovation in the exhibition industry by deploying more plush power-recliner seats, delivering enhanced food and beverage choices, generating greater guest engagement through its loyalty program, web site and smart phone apps, offering premium large format experiences and playing a wide variety of content including independent programming. AMC operates among the most productive theatres in the United States’ top markets, having the #1 or #2 market share positions in 22 of the 25 largest metropolitan areas of the United States, including the top three markets (NY, LA, Chicago). Through its Odeon subsidiary, AMC operates in seven European countries and is the #1 theatre chain in the UK & Ireland, Italy and Spain. For more information, go to www.amctheatres.com.