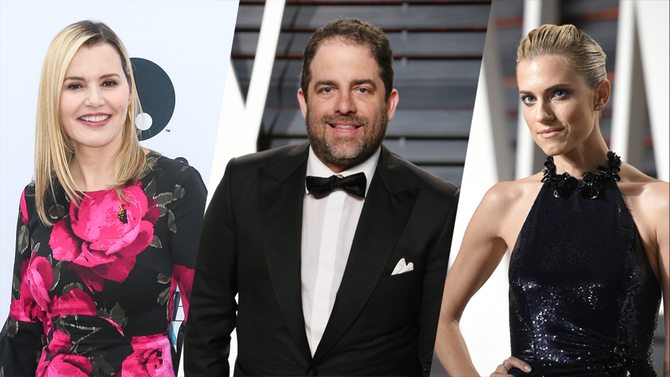 Academy Award winning actor Geena Davis will receive the Vision Award on Saturday, March 18 and is this year’s honoree and guest speaker at the Grande Dame Brunch. One of Hollywood’s most respected actors, Davis’s film credits include “The Accidental Tourist”, “Thelma and Louise”, “Beetlejuice” and “A League of Their Own” as well as the upcoming “Marjorie Prime” with Tim Robbins and Jon Hamm. Besides founding the Geena Davis Institute on Gender in Media, she started the Bentonville Film Festival in support of women and diversity in the entertainment industry.

Brett Ratner will receive Nat Geo WILD’s Pioneer Award on Friday, March 17, and be part of the Festival’s Coffee Talk Series with producer and President of MGM’s Film division, Jonathan Glickman. Besides enjoying critical acclaim as a producer including “The Revenant” and “Before the Flood”, Ratner is known for directing the films “Rush Hour” trilogy, “X-Men: The Last Stand”, “Family Man”, and “Red Dragon”.

Allison Williams will receive the Festival’s inaugural Rising Star Award on Thursday, March 16, as well as participate in a Coffee Talk discussion. Williams makes her feature film debut in number one box office hit “Get Out”, written and directed by Jordan Peele. She is currently starring in the final season of HBO’s Emmy and Golden Globe-winning television series, “Girls”.

Brothers Peter and Bobby Farrelly join the Festival this year for the Coffee Talks Series- the Festival’s most loved event. Coffee Talks are an opportunity for award-winning filmmakers and industry insiders to share their war stories in an intimate and accessible environment. The writer/producer team responsible for classic comedies such as “Dumb and Dumber”, “Me, Myself and Irene”, “Shallow Hal”, “There’s Something about Mary”, and “The Heartbreak Kid” will take the stage Sunday, March 19th for a discussion of comedy filmmaking.

Nat Geo WILD is back this year with Salon Talks, held daily in Festival HQ. Salon Talks provide a chance for Festival guests to get up close and personal with acclaimed filmmakers. Wildlife cinematographer Bob Poole, TV writer and producer Kenneth Biller, and directors Suzi Yoonessi, and Michelle Morgan will all be featured.

About the 2017 Sun Valley Film Festival
The Sixth Annual Sun Valley Film Festival, presented by Zions Bank, will run March 15-19, 2017, and will feature a curated slate of more than 60 cutting-edge films and TV premieres, engaging Talks with top industry insiders,, fabulous parties and panels, a Screenwriters Lab led by award-winning writers – host Charles Randolph and judge Chris Moore – and the spectacular SVFF/Tito’s Handmade Vodka Awards Bash. The combination of cutting-edge programming and intimate insider access in a fun, relaxed atmosphere is bringing Sun Valley Film Festival to the forefront of boutique festivals. This coming spring, filmmakers from around the world will bring their vision to the Sun Valley Film Festival, and movie lovers are invited to watch it come into focus.