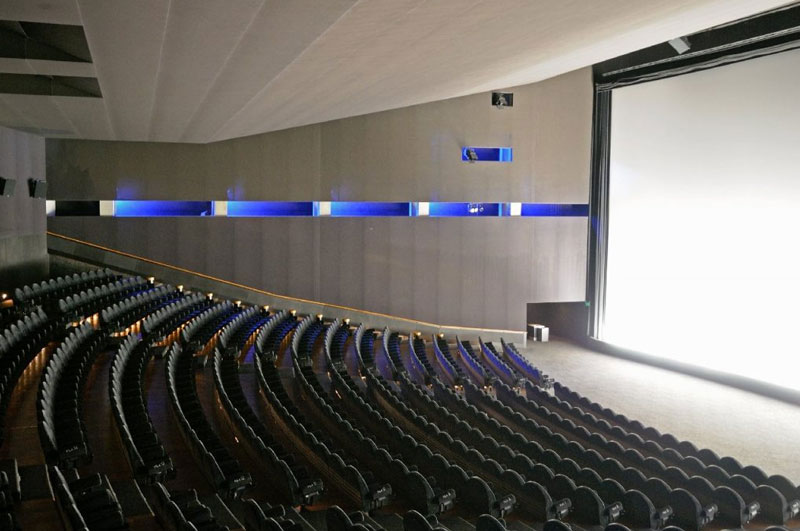 ARCADIA Cinema in Melzo is proud to introduce to moviegoers a further upgrade in the projection quality of PLF ENERGIA Screen. Upon the much awaited release of “Avatar: The Way of Water” on December 14th, ARCADIA has decided to further enhance the best projection experience by boosting an existing RGB laser system to a dual projection system, reaching the value of 100.000 lumens on a 30 meters wide screen.

This record has been achieved thanks to the addition of the second RGB Laser source LUX2 from Cinemeccanica to the existing Christie CP4230 dual projectors configuration that makes the image viewing extraordinary brilliant and uniform for both 2D and 3D shows.

Since 2016 upon the installation of the first Cinemeccanica LUX2 providing 50.000 lumens and the introduction of Dolby Atmos immersive sound on the biggest configuration of Meyer Sound audio system, PLF ENERGIA Screen has been luring patrons coming from all of Italy for the best cinema experience ever on a 30 meters wide screen. ARCADIA’s recent investment efforts are a further step forward in the goal to constantly improve the theatrical presentation offered to moviegoers at the same time fully respecting the greatest filmmakers’ intent.

About Cinemeccanica Spa
One of the world’s pioneers in the production of Cinema equipment. In the last years the company invested in technological research, developing LUX, a 6P laser light source adaptable to DLP projector. It offers several benefits compare to than the xenon lamps: improved brightness, improved light distribution on the screen (95% center to side), constant light level over time, crisper and more vivid colors: color gamut much wider, amazing 3D experience thanks to a brighter 3D projection, up to 50% less power consumption, reduced environmental impact meaning no lamp recycling. More information on https://www.cinemeccanica.eu