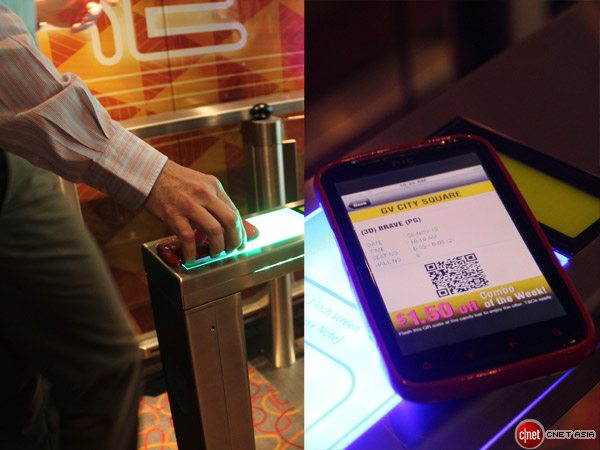 There are many nice things about garden leave, as I have found since leaving Odeon/UCI last year.

One is having the time to think and reflect on lessons learned. Another is reconnecting with friends in other industries, which apart from being fun is also a great opportunity to draw comparisons and parallels.

Cinema ‘exhibition’ (as much as I dislike that descriptor) is an incredible industry. Having worked in a range of consumer businesses I have rarely come across an industry as warm, welcoming and professional as cinema. For all the pain of negotiations about terms, windows and everything else there is a spirit to the film distribution and cinema community which is rare and precious.

Just like many consumer industries, however, the cinema business is feeling the challenge of change. We live in a different world now to the world of even 20 years ago.

Technology has changed, of course, but that’s not the real issue. The fact is that we, as consumers, have also been changed by technology. The way we communicate with each other; the amount of information we have at our fingertips; the way we decide how to spend our time and invest our money. All have changed beyond recognition in the new economy.

I call that the New Normal – the world is just a different place for brands now.

Remember having to guess whether a restaurant was good by the quality of the paintwork on the outside or the elegance of the menu? I’ll bet you wouldn’t dream of trying a new place now without checking Tripadvisor or Yelp.

What about the days when price comparison shopping meant actually driving from one store to another and taking notes? Many retailers now observe that a good proportion of the traffic to their website not only comes from mobile phones, but comes from mobile phones that are being used in their own stores, as customers stand in front of a product and browse the reviews (and of course, check rival’s prices).

This relatively sudden transformation in the lives of consumers creates all sorts of challenges for long established industries. If you think that’s tough for cinema 120 years in, imagine what it’s like for retail and restaurant businesses which have business models that stretch back far longer.

I remember chatting to the CEO of an up-scale retailer of luxury goods a decade or so ago. When the conversation turned to the emergence of the internet, his answer was simple – “if any of my suppliers sell on the internet at all, I’ll just de-list them”. Needless to say, that was not a successful strategy, for the simple reason that it flew in the face of what his customers wanted.

Sadly, the retail sector is filled with businesses that have been killed off by responding too slowly to the New Normal and who have been left behind by changing customer needs.

A bookshop was once the only place to buy books – that was its purpose. Today, in a post-Amazon world a bookshop must do much more – it has to be a fun place to be, an enticing place to discover new books and brilliant at building relationships with its local customer base. The survivors in that industry are those who worked that out fast and executed boldly.

So how does this New Normal impact the cinema industry?

Well here’s the thing. If consumers in the New Normal want something, they will probably get it. The only real question is whether they’ll get it from you or someone else. If there is a market for an ‘eat as much as you like’ subscription service and cinema businesses (or their film distribution partners) fail to deliver it then someone else will spring up to solve the problem. If consumers want a broader choice of films, or to crowd-source viewings of older films, or to book seats much further in advance, or to do any one of a million other things then sooner or later they will.

Inevitably, in any industry there always seem to be reasons not to change. Over the years I’ve heard that new pricing strategies will drive consumers away (which is true if you do it badly). I’ve heard that consumers don’t want subscription options to see as many films as they like. I’ve heard arguments justifying the continued charging of ridiculous online booking fees (if theatres can do it why can’t we?). I’ve heard arguments explaining why films can’t be programmed more than a week or 2 in advance, why crowd-sourced programming won’t work and more.

In the end, though, most of those arguments boil down to “it’s too difficult”. That’s often true, of course. In a complex industry which involves companies working together in partnership, it can be incredibly challenging to build a consensus for change. But that is no longer good enough. Not every innovation works, but somewhere in the mix of new ideas is the right future for cinema – building on its historic strengths and the huge affection the public holds for the dark room with the flickering pictures on the wall, but also innovating to survive and thrive in the new economy.

So if I have a message to my friends in and around the cinema and film distribution sector, it is about innovation. Those retailers who have survived and thrived in the New Normal despite the arrival of online competitors have done so because they have embraced change. They have installed new systems, built new ways of doing business, changed how they build relationships with their customers and often changed their business models altogether.

There is a direct analogy with your business. All around the world the smartest cinema groups are trying new things. They are changing how they communicate with their audiences and build excitement about content. They are changing pricing models and creating new ways for consumers to decide what they want to see and when. They are investing in the experience we have when we go to the cinema, upgrading facilities, providing new food and drink options and training and motivating staff to host a fun evening. Just like the best retailers, they are succeeding in the New Normal by recognising that they are, at heart, in the business of delivering great customer experiences.

I am confident in the future of the cinema industry, largely because I believe in the terrific people who work in it. But that future will be secured by innovation, collaboration and partnership. If in doubt about a new idea – try it. It just might be the key to the next 120 years.