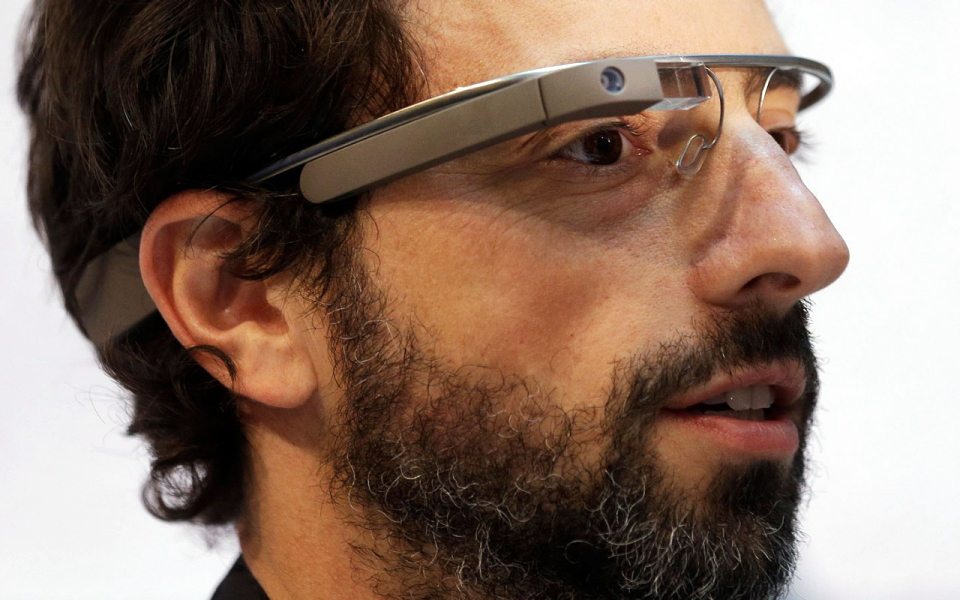 In his classic 1835 treatise on American society, Democracy In America, french historian Alexis de Tocqueville wrote “Laws are always unstable unless they are founded on the manners of a nation; and manners are the only durable and resisting power in a people.”

This passage sprang to mind as I read the anti-theft policy update issued jointly on October 29th by the Motion Picture Association of America (MPAA) and the National Association of Theatre Owners (NATO). The new policy focuses on wearable devices like smart watches and Google Glass, the latter being an optical head-mounted display (OHMD) that attaches to prescription or custom eyewear. Many of these devices are equipped with a camera and thus the reason the MPAA and NATO felt obliged to revise the policy. Their statement read as follows:

The National Association of Theatre Owners (NATO) and the Motion Picture Association of America (MPAA) have a long history of welcoming technological advances and recognize the strong consumer interest in smart phones and wearable “intelligent” devices. As part of our continued efforts to ensure movies are not recorded in theaters, however, we maintain a zero-tolerance policy toward using any recording device while movies are being shown. As has been our long-standing policy, all phones must be silenced and other recording devices, including wearable devices, must be turned off and put away at show time. Individuals who fail or refuse to put the recording devices away may be asked to leave. If theater managers have indications that illegal recording activity is taking place, they will alert law enforcement authorities when appropriate, who will determine what further action should be taken.

The two organizations already had a standing policy against the use of mobile phones in theatres. It is simply being extended now to encompass wearable devices. You might even say the decision was a “no-brainer” accept for the confusion that might occur in reference to the cinema patron who decides to use “no brain” by wearing such a device into an auditorium in the first place.

Unfortunately people do indeed wear electronic devices into cinemas as was demonstrated in January when a moviegoer in Columbus, Ohio was detained by federal authorities for wearing Google Glass during a showing of “Jack Ryan: Shadow Recruit”. The incident occurred when alert theatre personnel at the AMC Easton 30 noticed a patron wearing the “recording device” during the screening and contacted the MPAA, who in turn notified the Department of Homeland Security, which oversees movie theft.

Much in the way there were recently fuzzy policies and procedures on how to treat Ebola patients in the United States, there were no guidelines back in January for cinema operators on how to handle patrons with wearable devices such as Google Glass. It took the trade organizations a notably long time to update their anti-theft policy afterwards, however this may have more to do with the MPAA’s working relationship with Google and their desire to maintain it.

To recap, back in 2012 Google finally agreed to ongoing lobbying from the MPAA and the Recording Industry Association of America (RIAA) to move websites receiving a high level of valid copyright removal notices lower in their search results. Since the most prominent wearable device with recording capability on the market today is Google Glass, any policy addressing such technology could be construed as being aimed directly at Google. In fact, most of the headlines covering the amended policy referred to Google Glass being banned in movie theatres.

At the time it was nice to know that AMC personnel were aware of the Take Action program being run by the MPAA and NATO. The program provides a $500 reward to theatre employees who identify moviegoers illegally recording a film. Maybe there’s hope then that movie theatre employees will actually recognize devices like Google Glass when they first start appearing more frequently in cinemas.

It will take some education though. I conducted an informal survey of 20 employees at various cinemas around Los Angeles over the past three weeks. Nine were actually aware of Google Glass (though some just vaguely) and only one had ever seen the device “in the wild” (as techies like to say). When shown a picture of Google Glass eleven employees, all of whom seemed quite young, were unsure what they were looking at. Only one of the 20 employees had heard of the new anti-theft policy regarding wearables. Even though this was a truly non-scientific poll I was shocked that someone still hadn’t heard about Google Glass given what to me seems like a saturation of media coverage on the device.

This is not to find fault with the MPAA or NATO, but rather to highlight how nascent wearable technology is. Even though he Alamo Drafthouse has already banned its use in their theatres, Google Glass hasn’t even been officially launched as a finished product. It presently costs USD $1,500 and can only be purchased in the United States. Until earlier this year, one couldn’t even purchase Google Glass without a special invitation. Maybe then I shouldn’t be so surprised cinema personnel aren’t entirely up-to-speed on the device.

It should be noted, all 20 employees were familiar with GoPro cameras which can just as easily be worn on a person’s body, albeit awkwardly. These devices are far cheaper and thus more prevalent. They represent a much greater threat to film piracy in my opinion since they are a higher resolution camera, can store far more video and have a battery that lasts more than two hours. The Google Glass battery has been known to drain in as little as 30 minutes when shooting continuous video.

To be sure the MPAA and NATO’s new wearables policy may suffer from being slightly ahead of its time and as such could be less effective due to a lack of awareness, however in today’s technology forward society it is sadly necessary. If the increasing number of cinema patrons who find it necessary to whip out a smart phone in the middle of a movie is a harbinger of what we’ll see with wearables then modifying this behavior early and often is necessary. Enforcement of the new guidelines will play a crucial role in creating a strong social stigma to prevent such conduct from becoming an acceptable norm.

After all, as the American abolitionist Wendell Phillips warned in 1859:

“Law is nothing unless close behind it stands a warm living public opinion. Let that die or grow indifferent, and statutes are waste paper lacking all executive force. You may frame them strong as language can make, but once change public feeling, and through them or over them rides the real wish of the people. The good sense of the masses are our only title-deeds and police force.”

Here’s hoping future cinema patrons will exhibit proper manners and good judgement when it comes to wearables, rendering the new MPAA and NATO policy an irrelevant prophylactic. If it helps stop piracy along the way, all the better.