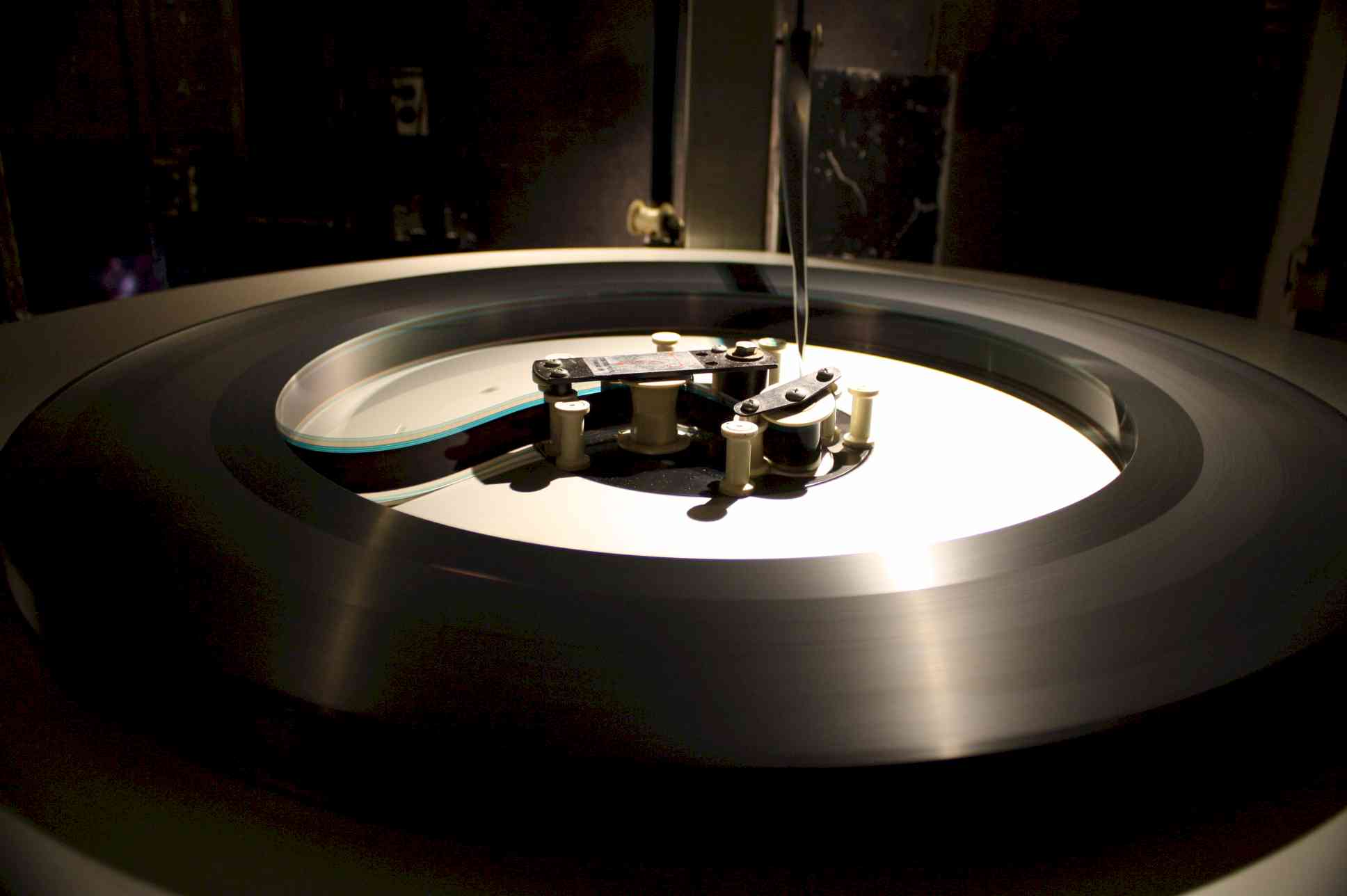 Well, it may finally have happened. Everyone working in any capacity of the motion picture industry knew the day would come when Hollywood studios would stop distributing their releases on 35-millimeter film prints. If Saturday’s story in the Los Angeles Times is to be believed, that day may finally have come.

More precisely, it came and went. According to the Times, who relied on anonymous sources identified as “theater industry executives”, Paramount Picture’s Oscar-nominated release “The Wolf of Wall Street” was distributed in North America solely in digital format, i.e. without the use of 35mm film prints.

That should finally answer the longstanding question which arises at every industry standards meeting or trade conference; Has any studio released a title in digital-only and, if not, what will be the first title for which no 35mm prints are distributed? That the answer should be “Wolf of Wall Street” is an irony likely not to be overlooked by many.

The movie is helmed by Martin Scorsese, a director who has been a longstanding advocate for the preservation of film. Arguably a poster child for film historians, Scorsese is often credited with having an encyclopedic knowledge of the medium. His 2011 film, “Hugo”, was an ode to F. W. Murnau and the early days of cinema.

Paramount’s move toward all-digital wide releases seems to have only affected the distribution of titles in the North American market. According to the Times, the studio will still be sending out film prints in international territories such as Europe and Latin America, where the conversion rates for digital cinema are not as high.

The National Association of Theatre Owners (NATO) estimates that over 90% of the 40,000+ screens in the United States have converted to digital. This is especially true of the big exhibition chains which were able to finance large scale, expensive digital cinema deployments over the last five to ten years.

The exact number of cinemas in the U.S. which have not rolled out digital technology is unknown, though is believed to be between 3,000 and 4,000 screens owned mostly by independent exhibitors. Unfortunately, many of these venues are in rural areas where they are barely squeaking by financially as the only cinema for a hundred or more miles. Purchasing digital cinema equipment is either challenging or unfeasible for them. The disappearance of 35mm prints will only give them less content to offer patrons and possibly hasten their death.

In part, fear of being viewed as forcing exhibitors out of business has kept most studios from taking the final step of turning 35mm film prints off entirely. Disney and Twentieth Century Fox caused a stir beginning in 2011 when they sent letters to theatre owners informing them they would eventually be ending their support of 35mm, however no official date was giving for a switchover. Now that Paramount has taken the bold step of becoming the first studio to cut off completely, don’t be surprised when others quickly follow suit if there isn’t huge industry outcry.

On the other hand, it shouldn’t shock anyone that Paramount is an early adopter of going all-digital for their releases. Mark Christiansen, Paramount’s Executive Vice President of Operations, has often warned exhibitors that at some point studios would have no choice but to give up distributing film prints. On more than one occasion, at events such as CinemaCon, Christiansen stated that if a theatre owner chose not to convert to digital, they were making the decision to go out of business. This reality is all too imminent now that most manufacturers of film stock have ceased production.

Paramount has also long been progressive regarding its digital cinema efforts, being one of the first studios to participate in virtual print fees (VPF) supplementing the cost of equipment for cinemas. They even went so far as to offer a direct-to-exhbitor VPF back in 2009.