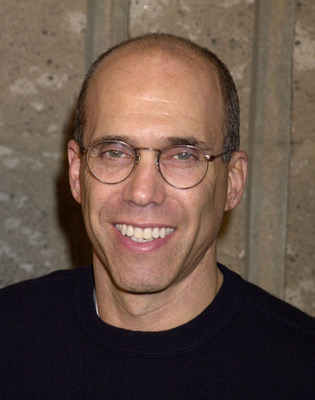 There has been no greater champion of 3D than Dreamworks Animation head Jeffrey Katzenberg. Except maybe filmmaker James Cameron, there have been few, if any, industry cheerleaders as vocal about 3D than Katzenberg. As far back as 2007, Katzenberg could be heard at trade shows and in the press hailing digital 3D as “the single most revolutionary change since color pictures”.

To paraphrase an old cliché, Katzenberg should be careful what he wishes for, he just might get it. Four years after he began touting the new motion picture format digital 3D films have flooded the market in search of incremental box office from ticket surcharges. Though as a string of movies featuring poor 3D conversions hit theaters during a global economic downturn, a majority of moviegoers are choosing the 2D version of recent releases such as Dreamworks’ “Kung Fu Panda 2”.

Now Katzenberg is lamenting the “decline of 3D”, calling it “heartbreaking” in an interview published earlier today by The Hollywood Reporter. Katzenberg stated:

“I think 3D is right smack in the middle of its terrible twos. We have disappointed our audience multiple times now, and because of that I think there is genuine distrust — whereas a year and a half ago, there was genuine excitement, enthusiasm and reward for the first group of 3D films that actually delivered a quality experience. Now that’s been seriously undermined. It’s not in any fashion, shape or form the demise of 3D, but until there are 3D experiences that exceed people’s expectations, it’s going to stay challenged. It’s really heartbreaking to see what has been the single greatest opportunity that has happened to the film business in over a decade being harmed. The audience has spoken, and they have spoken really loudly.”

According to Katzenberg, the higher cost of 3D movie tickets is not the reason audiences are opting for 2D versions:

“We are giving our audience a choice. We didn’t take a plane and convert it to all first class. To people who say there is price pressure, or price sensitivity, even in the family market, I say, ‘OK, that’s why we have continued to support a 2D format and made sure that the 2D movie we’re delivering today is better than the movie we delivered two years or three years ago.’ Quite frankly, there’s no industry in the world that doesn’t attempt to move up the customer to a premium experience. I don’t care whether you make shoes or wine or iced tea or cars, everybody tries to create multiple price points. So why shouldn’t we be in the same business of offering our customers a premium experience at a premium price — as long as we deliver them a premium value? If we cheat them, which is what has happened now too many times, then they’ll walk away from it.”

Katzenberg had a lot more to say on the subject of 3D and the complete interview over at THR is definitely worth a read. I’m not so sure I agree with him though that higher ticket prices aren’t a factor when moviegoers are opting out of 3D, specifically those who are bringing the entire family to one of Dreamworks Animation’s latest features.

What do you think of what Katzenberg had to say on the state of 3D? Let us know in the comments section below.