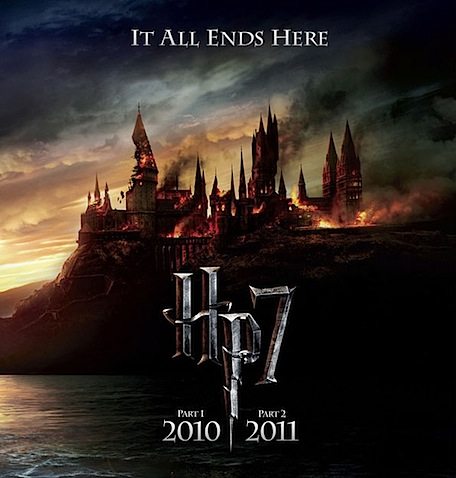 After being heavily criticized for the poor 3D conversion on “Clash of the Titans” earlier this year, it seems Warner Bros. is being more cautious about making the same mistake on future blockbusters.  The Los Angeles Times reported on Friday that the studio has scrapped plans to convert the next “Harry Potter” film into 3D.

“Harry Potter and the Deathly Hallows – Part 1” will still be released on November 19th, but will not have a 3D version as previously planned.  The studio released the following statement explaining the decision:

“Despite everyone’s best efforts, we were unable to convert the film in its entirety and meet the highest standards of quality.  We do not want to disappoint fans who have long-anticipated the conclusion of this extraordinary journey.”

After the success of James Cameron’s 3D opus “Avatar” Warner Bros. raced to convert “Clash of the Titans” in under eight weeks.  Maybe the studio has learned its lesson when it comes to performing such work under tight time constraints.  I’m not certain when or if the “Harry Potter” conversion began, but the film opens in just over a month.

Anne Thompson of IndieWire applauded Warner Bros. for what she called a smart decision not to release “Harry Potter and the Deathly Hallows – Part 1” in 3D:

Warners doesn’t need to do it, and after looking at some of the converted footage, they realize that 3-D could actually hurt the film’s quality. They’re not even putting the film out with a few 3-D scenes, as they did on the last one. The ‘Harry Potter’ films are among the most expensive and lavishly produced in Hollywood. Why muck them up with 3-D, especially if they weren’t shot that way?

Surely, one thing that could kill the recent 3D boom is for studios to release movies with bad 3D, as many industry insiders have already warned. As well, the decision not to go ahead with a 3D release for the “Potter” will allow Dreamworks Animation’s Megamind to stay on some 3D screens at least a week longer until Disney’s “Tangled” opens on November 24th.

Warner Bros. still intends on releasing the second part of the “Deathly Hollows” on July 15, 2011 in both 2D and 3D.