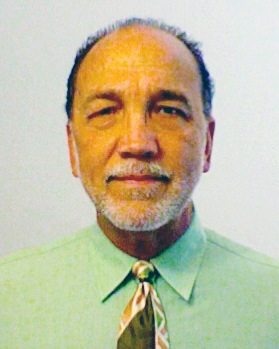 We continue our series of posts featuring the comments of leading industry members about last month’s Cinema Expo with a robust entry from C.J. Flynn of DCinemaTools.com.

Theatre owners thinking about converting to digital cinema (or even those who already have) should swing by Flynn’s website for detailed information about long-term operation and maintenance of d-cinema equipment.

In the meantime, here’s what Flynn had to say about Cinema Expo:

As usual, the most interesting parts for me at this year’s Cinema Expo were the the sporadic 15 minutes of hanging out with people of similar ilk, trying to stretch nuance and rumors thin enough to see a bit of truth through them. Reviewing them in my head, they seem to mostly to have centered on big-company finance and politics.

From a helicopter view, projectors and servers continue their momentum into being commodity items. This leaves some breathing room for other portions of the infrastructure. Audio systems have made inroads into the “Enhanced Experience” cinemas, which is a good sign, and hopefully one that will continue.

Unfortunately, it isn’t a “Build It and They Will Come” issue for the new Audio Processor offerings of QSC, Datasat and DMS Cinema. But it is good to see that they are incorporating fresh ideas like the Trinnov (DMS), Dirac (Datasat) and the systemic approach of QSC (plus Meyer, though their system is post AP.) I guess the common theme is getting feedback from the speakers to the processor… good feedback, that is, bringing quality assurance to those who care.

Dolby, to their credit, was casually elegant about the whole matter; they presented their 12.1 system with a work-in-process/got-any-ideas-for-us motif, letting the 7.1 take on the luster of a future standard-in-the-making that only costs $300 if you upgrade now (and politely reminding about the $700 amplifier that might need to be added to the system).

Personally, I didn’t get any emphasis from the pitch that their new 7.1 will play with all APs, or really that it gives special advantage to the larger rooms which don’t get the fill from the 5.1 array. But it did sound very good in the small room.

Doremi showed the Qalif, a traveling case filled with a complete package of tools — a great step forward for set-up personnel who have to do all the projector setup steps after laying the projector on the pedestal. But Doremi must market this smartly or else they will get killed before getting out of the box. The standards are very clear that a qualified system is set up using a spectroradiometer. If one looks at their offering, it appears to be an anodized box barely larger than the prominent Canon lens. One immediately (and mistakenly) thinks that they have stripped the consumer stuff from an EOS and put in measurement specific, hot-rod firmware like the Magic Lantern group does.

In fact, it is a completely different set of kit, an astrological-science based chip, a great lens, and firmware that has nothing to do with moving pictures, or pictures of any kind, really. Very clever. They have had some other feedback from the show that they say will be translated into other time-saving steps for a projector set-up. If they are really, really clever, they will figure out how to use multiple positions to divine a method for calibrating auditoriums with silver screens, and especially for 3D setups.

The price was a little surprising at 15K, but I suppose they realize that most of their sales will be to distributors who will be getting the discount anyway.

The Panavision demo, at least from where I sat, was horrid. They set up in the big auditorium, at 3:30PM on Thursday. They blocked off the under-the balcony seats with white cloth strips that, if anything, did a poor job of blocking any exit door lights from the rear, and reflected any light from the front. I was sitting 5 rows from the rear, and the reflection in the glasses was painful, especially because the interior of the glass lens is highly reflective, and not only ambient light reflecting to a viewer’s eyes, but that extraneous light then bounces back from skin surfaces into the lens. A complete mess that makes all sorts of odd spots looking through the glasses. By holding a magazine behind my head, I was able to block some of this problem light out.

I wasted a lot of time before the show smoothing out the mold line of the glasses plastic that cut into the ear. If I had kept them on my ear I would have appreciated my work, but I found that lifting the earpieces gave me a much better picture, even better than the magazine technique. But not good enough to actually use ‘good’ in the same sentence. It was miserable. Four bits of black, whites that were a greenish-yellow, and everything was dark. Even the bright cartoon characters were muted.

Both film and digital suffered. During the film and digital changeover, John Galt gave a presentation that was markedly like a poorly done version of the professionally done Dolby presentation that Dave Schnuelle gave a few years ago at NAB/SMPTE Digital Days. How they can continue to give such a bad presentation and say that the system is unique I don’t know. Maybe it was better from the center seats, but the reaction after was very muted.

Did I mention that RealD had little presence at the show. As usual, they didn’t have a booth, but they only had one mention of being used at the first day’s screening. After that, it was all MasterImage and Dolby. It doesn’t look like they sponsored anything. This might be because they have to be careful during the quiet period before their pending IPO.

All in all, it was great talking to actual design engineers, who were there in force. I even enjoyed learning how the LED sign makers channel the light so smoothly. So, from a geek perspective it was great.