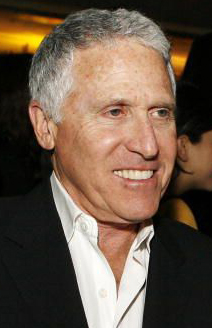 Even before the ink was dry on last Thursday’s Los Angeles Times article about the struggle Hollywood studios face in finding enough digitally equipped screens to distribute 3-D movies, The Hollywood Reporter published a story that had key industry executives debating who is to blame for the slow rollout of digital cinema. Representing distributors was Dan Fellman, Warner Bros.’ president of domestic distribution, while exhibitors were repped by John Fithian, the president of the National Association of Theatre Owner. The article has the two exchanging verbal barbs, each blaming the other side for the lack of digital cinema installations.

The Reporter makes it seem as if Fithian was responding to statements Fellman made at a public forum, however they don’t say whether Fellman’s quotes come from any specific event or speech or simply an interview they conducted. It was the pending release of Warner Bros.’ 3-D flick “Journey to the Center of the Earth” that brought the issue to a head, which is why the distribution exec opened with:

“3-D is the future, so why is exhibition dragging its feet? I’m pleased ‘Journey’ will be the biggest digital 3-D release to date. But it is disconcerting that since November, the 3-D screen count has only gone up. . .”

Fellman’s quote is abruptly cut off by The Reporter – presumably a typo. Fithian was quick to answer however, in saying:

“It is particularly ironic and frustrating that a senior executive from Warner Bros. would accuse exhibition of ‘dragging its feet’ on 3-D when Warners has been the absolutely slowest of all major studios to come to the table with support for the d-cinema rollout. If Warners believes there are an insufficient number of 3-D screens in the marketplace today, they have no one to blame but themselves and they know it.”

What Fithian is referring to is Warner Bros. reluctance to enter into virtual print fee (VPF) agreements that provide an exhibitor a subsidy for the installation of digital cinema equipment. In essence, the studio will pay a fee for every screen one of their movies play on and that fee will go toward the purchase of D-cinema equipment. System integrators such as Digital Cinema Integration Partners and Access Integrated Technologies have been trying for some time to negotiate a VPF deal with studios and Warner has proven one of the few holdouts. The studio has only signed one agreement with XDC for rollouts in Europe. Because that deal pegs the VPF at USD $850, many in the industry have argued that Warners was simply trying to remove doubt they were serious about digital cinema by signing the cheapest contract they could find.

Whatever Warner Bros. reasoning for shying away from VPF deals, Fellman believes the studio has firmly supported D-cinema:

“Warner Bros. has released more films digitally than any other studio, without question. Our discussion is with exhibition, circuit by circuit, and John has never attended one business session at which any Warner exec was present. . . We are continuing to serve every digital theater that request a (digital) print. We stand by our record.”

“Exhibition stands ready to provide our patrons in the U.S. and around the world with wider access to exciting 3-D technologies as soon as all of our partners in distribution come to agreement on the level of support they will provide for the underlying digital cinema infrastructure. You cannot have 3-D without D-cinema. And we cannot have digital cinema by ‘negotiating’ through the media.”

Negotiating?! Seems more like they are arguing to me. Though that could well pass for negotiating in Hollywood.