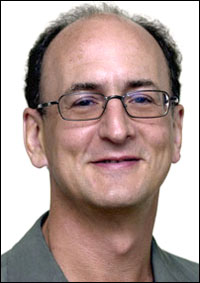 There has been a lot of hoopla in the media of late about the success various opera companies have had beaming high definition simulcasts of their performances into cinemas. New York’s Metropolitan Opera can be credited with starting this trend in alternative content back in 2006 when they teamed up with National Cinemedia to launch the Met’s “Live in HD” series. When the 30 odd theaters broadcasting the operas live began to host sell out crowds, the exhibition industry sat up and took notice.

The concept proved so successful for the Met that opera houses around the world began to team up with alternative content companies to distribute their own performances to movie theatres throughout North America, Europe and parts of Asia. In December of 2007, the San Francisco Opera announced that they had reached an agreement with The Bigger Picture to distribute four productions from their current season to cinemas.

“Live in HD” was such a financial hit for the Met that they expanded the number of productions being simulcast from six to eight and the number of screens they appear in from 60 to 230. And if the Met’s general manager, Peter Gelb, had his way the simulcasts would reach an even wider audience on pay-per-view television. Last November Gelb announced the opera had reached a deal with In Demand Networks to offer the performances through on-deamand cable television 30 days after they are simulcast to theatres. For the Met, which under Gelb has been attempting to broaden its audience base through such opportunities, it seemed like a good idea at the time. Unfortunately, exhibitors didn’t agree.

Instead, theatre owners pitched such a fit that the Met had to cancel its plans to offer the performances on pay-per-view shortly before the broadcast of Gounod’s “Roméo et Juliette” on January 16th. In a small New York Times article published on January 24th, Gelb said:

“There was this real outcry from the movie theaters. We were not aware they were going to feel this way until we announced we were doing this.”

This seems a bit odd given the ongoing debate between the exhibition and distribution industries over the shrinking theatrical window; the time between the release of a motion picture in theatres and its subsequent release on DVD. Just last year at ShoWest, a theatre industry trade show , John Fithian, the head of the National Assn. of Theater Owners expressed some dismay over the fact that, according to Variety, the theatrical window had shrunk in 2006 to just over four months:

“We are concerned that there was a 10-day shortening overall – that’s more than we have seen in recent years. They [theatrical windows] are getting short enough it’s starting to get dangerous.”

It just goes to show that even with the success the Met had achieved with their simulcasts, it in no way made them experts in the exhibition space. It is probably safe to say that with this little misstep they have learned a valuable lesson about distributing content to movie theatres.