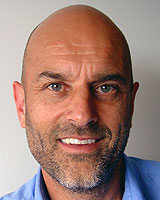 An article on the differences between E-Cinema and D-Cinema that appeared in the New Zealand Herald back on November 19th has slowly been making its way around the Internet being referenced mostly be bloggers. In the piece, Anthony Doesburg, a technology writer based in Auckland, goes on a bit of a rant about the poor quality of “electronic screenings” before turning his attention to detailing the differences.

Near the start of his article Doesburg writes:

“Anyone with misgivings can be pretty confident that they won’t have to put up with the poor quality of some of today’s E-Cinema screenings for long, as high-quality digital – or D-Cinema – spreads.”

He goes on to call E-Cinema the low-rent end of digital cinema before skimming the surface on what the differences are between E and D-Cinema. What is more interesting than Doesburg’s explanations of what the Digital Cinema Initiative is or why the conversion to digital cinema will take a long time (it’s the expense – big shock) is an October 2nd article in the Herald which details cinema patrons frustrations with the poor quality of certain cinema’s screenings.

Apparently the newspaper began receiving complaints about the quality of the picture and sound of films being shown at the Rialto Newmarket, an arthouse cinema in Auckland. Specifically, patrons had issues with the poor quality of “digital format movies” being screened at the theater. According to Matthew Liebman, the general manager of the theatre, films such as ‘Breach‘ were being shown on “electronic files” though not the DVDs that the newspaper initially reported. That particular film was later replaced with a 35mm print, however independent films such as ‘Conversations With My Gardner‘ from France continue to be screened using E-Cinema technology.

One patron was so upset they took their complaint to the Commerce Commission, though to no avail. A written response was sent back by Dave Annals, the Commission’s adviser, that read:

By the end of October the newspaper had enough reader responses to publish an entire story highlighting them. There was such an uproar that John Davies, part-owner of the independent Academy Cinemas, had to post an explanation of films being projected via DVD on the theatre’s website. Academy Cinemas projects films from a DVD source in their 16 seat auditorium. (Sixteen seats, isn’t that a living room more than an auditorium?!)

“The cost of converting to digital means 35mm film is likely to be around for a while yet.”

Have truer words ever been spoken?