The new year may have begun earlier this week, though many exhibitors, if not the entire world, may be feeling as if they are frozen in time. We are entering the third calendar year of the pandemic and much like this time last year, 2022 has begun with COVID infection rates throughout the world skyrocketing to their highest levels ever. This has inevitably led to cinemas operating with restrictions, or as you’ll see in the news items below, not operating at all. It has even canceled the in-person portion of the this year’s Sundance Film Festival.

A spike in COVID being bad for movie theatres and distributors is rather obvious. You don’t need us to tell you that. Instead, we should focus on an issue that is beginning to affect the experience moviegoers have when they go to the cinema. The exhibitors I’ve spoken with over the past two weeks have all had two major complaints; staffing and supplies.

No matter where they are located, theatre owners are having trouble hiring anyone, let alone someone they believe to be a good fit. Often, those they hire, or even veteran employees, simply don’t show up to work when they are scheduled to do so. Sure, sometimes that’s because the employee is in isolation with COVID, but more often than not, it’s simply an AWOL employee… or a soon to be former-employee.

Here in the United States countless exhibitors have reported not being able to get the minimum number of staff members in the door to run their theatres. Some operators said paying double time or bonuses for actually showing up hasn’t worked either.

When you think about it, that behavior kind of makes sense to some degree. Back in March of 2020 theatre staff, many of whom are paid low wages, were the first personnel to be laid off by exhibitors when cinemas were forced to close. Some of these employees found higher paying jobs and never returned. Some have figured there is no point in showing loyalty to an employer that was so quick to cut them loose. All know that most retailers, big box stores, national and international chains, etc. are paying significantly more for half-way decent employees, especially those with previous work experience.

And if understaffing isn’t costing exhibitors food and beverage sales, then their inability to get menu items most certainly is. When sales to cinema operators dried up for more than a year, a number of candy confectioners reduced production levels and dedicated their output to alternative distribution channels such as convenience stores, grocers and filling (petrol) stations. While theatres have been reopened for many months now, many concession suppliers are preferentially servicing their commitments to these other retailer channels. Whether it’s candy bars or more traditional restaurant fare, no food and beverage product is immune from being caught up in the current global supply chain crunch.

This is the situation exhibitors were facing over the holidays as they set post-pandemic attendance records thanks to the release of “Spider-Man: No Way Home.” When these audiences showed up at cinemas, some of them for the first time in two years, what kind of experience did they have? Did the experience meet or exceed their expectations? Most importantly, was the experience worth turning off Netflix and getting off the couch to go to the movies theatre?

Just a few questions to ponder as we enter 2022. On a lighter note… happy new year. 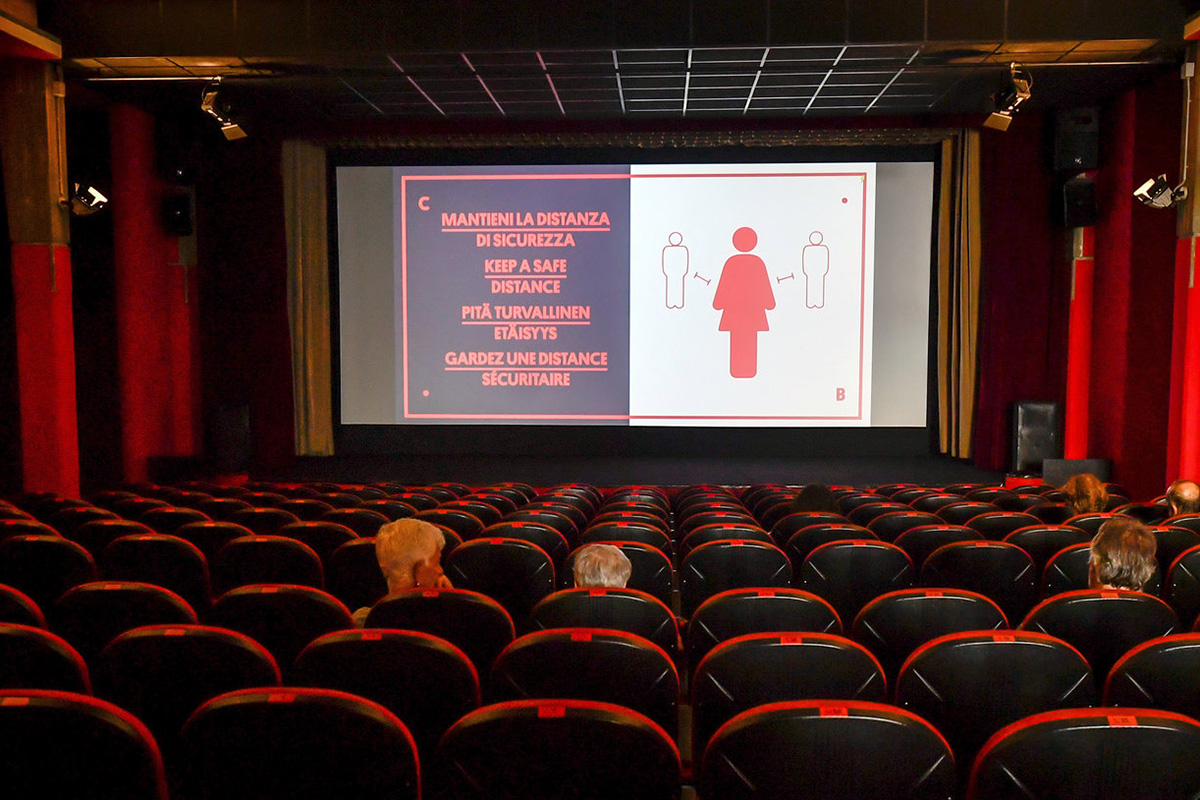 Cinemas Around the World Squeezed By Holiday COVID Spike

As the Omicron variant of COVID causes worldwide infections rates to record breaking levels, government authorities in various territories continue to close or restrict the operation of movie theatres.

The European Union is looking anything but united given its patchwork of country-based health regulations. While Belgian cinema operators were able to push back hard enough to remain open after Christmas, those in Denmark and The Netherlands were not so lucky. Those countries are in the midst of what has been dubbed a “Christmas lockdown” closing theatres until at least the second week of January. Restaurants were allowed to remain open in Denmark, though can not serve food or beverages past 10 p.m., unlike in The Netherlands, where all non-essential businesses have been shuttered.

France, on the other hand, is an example of the restrictions cinemas are contending with to operate in territories such as Italy, Russia, Spain and the United Kingdom. For the first three weeks of January movie theatres in France are not allowed to sell popcorn, candy or concessions to patrons. So, government authorities took half of any exhibitors business off the table, making it impossible to profitably operate, but theatres are technically allowed to remain open. France already requires a vaccine passport to enter cinemas and many other public venues, such as restaurants, which remain open.

Cinemas in Hong Kong are also locking their doors for at least two weeks, though restaurants remain open until 6 p.m. Keeping track of cinema closures in India has become a full-time job. Meanwhile, in Canada movie theatres in the provinces of Ontario and Quebec have been closed, causing the country’s largest cinema chain, Cineplex, to temporarily lay off 5,000 staff members. Theatres closed on 5 January with no date set for reopening.

The year end holidays is one of those slow news times that allows entertainment industry journalists to look back over the trends that emerged over the past 12 months and provide some analysis and perspective. Suffice to say, the trend that most box office pundits picked up on in 2021 – besides China being the number one movie market for the second year in a row – was the day-and-date distribution experiment undertaken by most of the major Hollywood studios.

One piece that generated spin-off news stories and blog posts far and wide was written by Anthony D’Alessandro of Deadline. Under the extraordinarily long headline, “With Tentpoles Bound To Surge The 2022 Box Office, The Great Theatrical-Streaming Day & Date Experiment Goes Out Like A Dud In 2021.” The item that got the fingers of industry pundits flapping across their laptop keyboards was the following about day-and-date titles:

Adding to the further erosion of box office for any theatrical-day-and-date release on streaming is the fact that these movies are pirated promptly, with clean 4K copies in several languages spread around the world. By the end of August, sources in the know informed us that “Black Widow” had been pirated more than 20M times. That’s close to a $600M estimated loss on “Black Widow” in Disney+ PVOD revenue alone.

There is no argument that day-and-date releases are being pirated. Just ask Torrent Freak who is reporting that this week’s top pirated movie, worldwide, is “The Matrix Resurrections” released in theatres and on HBO Max on 22 December of last year.

The problem, as some pointed out, is that equating a pirated download of a movie to revenue the studio would have otherwise earned had the viewer paid for a movie ticket never pencils. A lot of piracy happens in territories where incomes are lower, theatres may be scarce and tickets cost less. The theory is that some downloaders are simply sampling a film they would otherwise never had any intention of seeing in a cinema.

Perhaps, but it’s still considered copyright infringement, is wrong, and overall corrosive to the industry in which we all work. That’s why we were glad to hear the once popular piracy app Popcorn Time was permanently shut down last week.

D’Alessandro’s piece is worth a read.

The Austin-based EVO Entertainment Group captured headlines during the COVID pandemic by making the best out of a bad situation. The operator turned the parking lots of their family entertainment centers into popular drive-in movie theatres and concert venues. The exhibitor even offered up its San Antonio, Texas locations to high schools for drive-in graduation ceremonies in May of 2020.

We even covered their phased approach to reopening in April of that year, back when we all naive enough to think the pandemic would be over by August. Who knew we had to clarify August of which year.

The founders of both circuits are related to Lee Roy Mitchell, founder and Executive Chairman of Cinemark; Kevin Mitchell of ShowBiz Cinemas is his son and Mitch Roberts of EVO is his grandson. This has led to some speculation that the all-cash deal was a way for Mr. Mitchell to shift money around or pay himself. Though such thinking might seem logical and be very tempting, some or all of the financing came from the venture firm Marbella Interests.

Remember that time in 1999 when George Lucas was premiering “Star Wars: Episode I – The Phantom Menace” on some new fangled innovation called digital cinema? The technology promised to lower the cost of distributing and projecting movies. It would democratize film distribution by allowing smaller distributors to release their titles in cinemas and to a much wider audience, all while giving exhibitors the operational freedom to program a diverse slate of content on their newly upgraded screens.

That was the sales pitch anyway. The devil, of course ,was hidden in the details. Or in the case of digital cinema, the high price tag of the technology that enabled digital projection.

Well, good things come to those who wait a decade or two. It may have taken over twenty years but the promise of lower costs for distributing feature films, live and event content to movie theatres is finally coming true. At least for exhibitors and content providers working with the Digital Cinema Distribution Coalition (DCDC) in North America. The satellite delivery network is lowering its prices in the new year. 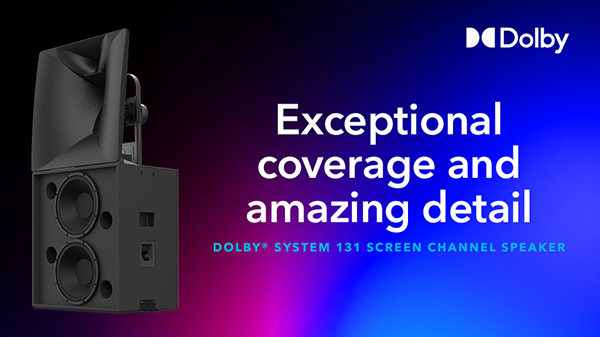 When Warner Bros. showed the trailer for the film adaptation of Lin Manuel Miranda’s Broadway musical “In the Heights” at Cinemacon in 2019, it caused quite a stir among the exhibitors in attendance. Unfortunately, the COVID pandemic delated the release of “In the Heights” by a year, but it is finally coming to theatres in June. Chu explains the benefits of using Atmos.

Celluloid Junkie is the leading online resource dedicated to the global film and cinema business. Join a growing community of film and cinema industry professionals from around the world who rely on CJ to provide the latest news, insights, analysis, interviews, and research on the motion picture industry.