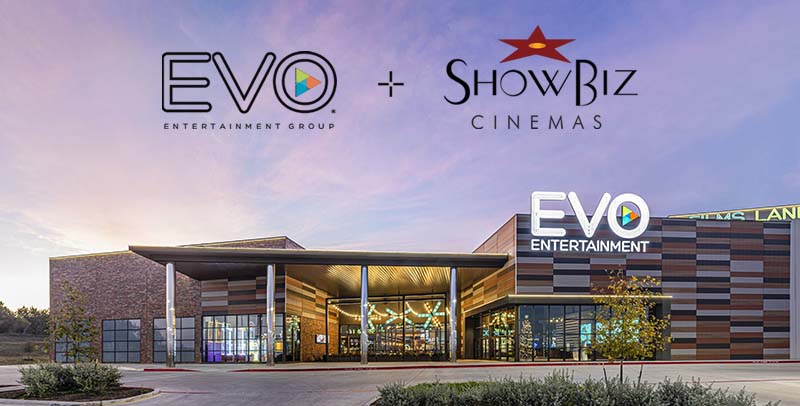 The Austin-based EVO Entertainment Group captured headlines during the COVID pandemic by making the best out of a bad situation. The operator turned the parking lots of their family entertainment centers into popular drive-in movie theatres and concert venues. The exhibitor even offered up its San Antonio, Texas locations to high schools for drive-in graduation ceremonies in May of 2020.

We even covered their phased approach to reopening in April of that year, back when we all naive enough to think the pandemic would be over by August. Who knew we had to clarify August of which year.

The founders of both circuits are related to Lee Roy Mitchell, founder and Executive Chairman of Cinemark; Kevin Mitchell of ShowBiz Cinemas is his son and Mitch Roberts of EVO is his grandson. This has led to some speculation that the all-cash deal was a way for Mr. Mitchell to shift money around or pay himself. Though such thinking might seem logical and be very tempting, some or all of the financing came from the venture firm Marbella Interests.