Two films, which between them probably earned less in total in cinemas than “Top Gun Maverick” did in a single weekend in an IMAX screen, have nevertheless outperformed Tom Cruise’s career best film when it comes to newspaper headlines in the United Kingdom this past week. “Lady of Heaven” and “DASHCAM” were pulled by the big UK cinema chains and promptly ensured major media controversy (see story below).

So-called “muslim groups” – though more accurately characterised by others as intolerant islamists with an agenda – objected to the portrayal of the Prophet Muhammed’s daughter in “The Lady of Heaven.” Sunni muslims tend to object to any depiction of the Prophet and his family, while Shia muslims take a more relaxed approach. Hence why Iranan epic “Muhammad: The Messenger of God” (2015) was a hit in its native territory but led to a fatwa declared on the film’s director Majid Majidi and music composer A.R. Rahman – though not the cinematographer Vittorio Storaro.

Cineworld did not wish to get into the finer cine-theological differences between Sunni and Shia attitudes towards celluloid religious epics, but pulled the film, as did Showcase and some Vue cinemas. The same week Vue had to defend itself against accusations of ‘cancelling’ the low budget horror film “DASHCAM.” In both cases it could be argued that there was little commercial incentive for playing the films in the first place, even if it meant upsetting enraged fanatics (and that’s just the rabbid horror fans!).

Cineworld and other UK cinemas were absolutely right to pull “Lady of Heaven” and we applaud them for putting the safety of their staff and patrons above all. It is true that the UK does not have a blasphemy law, so it was only delicate sensibilities that were violated. UK has been and remains a generally tolerant nation when it comes to big screen treatment of religions, their gods and followers.

“I started off by saying that this is such a tenth-rate film that I don’t believe that it would disturb anybody’s faith,” noted Christian Malcolm Muggeridge said in a BBC TV discussion about blasphemy with Python’s John Cleese and Michael Palin in 1979. Also weighing in against “Life of Brian” was the Bishop of Southwark. In the end the film was only banned in Norway and New Zealand. Since “The Last Temptation of Christ,” protestants and catholics have been united in their general lack of interest in banning films on the big screen, or even putting up much of an objection to films such as “Benedetta.”

Yet the fear of cancel culture hangs over the discussion and Vue is still smarting from the controversy of pulling “Blue Story” in 2020, though that too was the right call, given that hooligans with weapons were coming to screenings. But next time it might not be religious or race grounds for inflaming a thin skinned group’s sensibilities by simply programming a film in your local cinema. 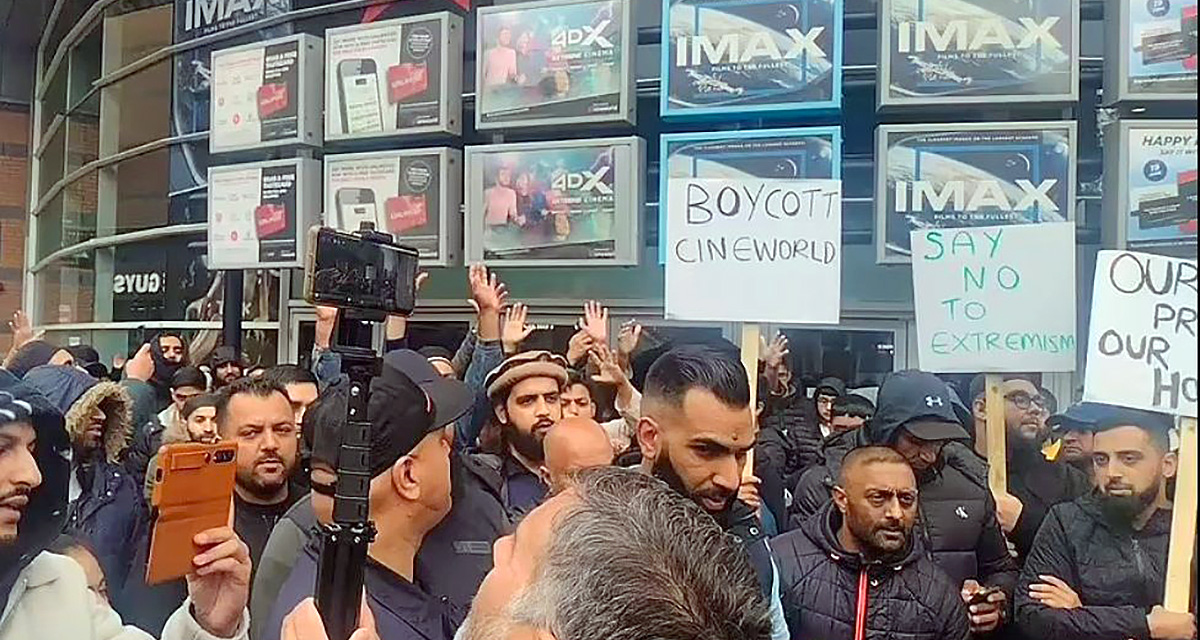 A number of movie theatre chains throughout the United Kingdom have pulled the new indie film “The Lady of Heaven,” which tells the story of Fatima, the daughter of the prophet Muhammad. It was released in the UK on 3 June.

Two days later the film was yanked from Cineworld screens and also withdrawn from Showcase Cinemas and some (but not all) Vue cinemas. The chains had bowed to pressure from people accusing the film of “blasphemy.” The Muslim Council of Britain, the UK’s largest Muslim umbrella organisation, has described the film as “divisive”. Naturally, the sudden decision to withdraw the film has met with cries of censorship from free-speech campaigners and politicians.

Vue meanwhile has had to weather its own storm earlier this month when it denied cancelling screening of found-footage horror “DASHCAM.” According to a Vue spokesperson the decision was made “purely by the commercial conditions not being viable.” Translation; nobody wanted to see a movie shot on an iPhone that received really bad reviews.

Disney will not be releasing its major animated title “Strange Worlds” in French cinemas. The decision is a direct result of new French regulation relating to theatrical release windows, which stipulates that cinema releases can be shown on premium video on demand (PVoD) four months after opening in cinemas, but not until 17 months after the cinema premiere on subscription video on demand (SVoD) platforms such as Disney+. The move has stunned the French cinema industry, which is still struggling to recover after the COVID pandemic.

Commenting on the decision, Disney said in a statement that “new, cumbersome media chronology is anti-consumer, ignoring how behavior has evolved over the last several years and putting us at increased risk for piracy.” It went on to explain that it “will continue to make decisions on a film-by-film basis and according to each market’s unique conditions.” Given that the Hollywood major is keen to grow its Disney+ platform in Europe further, it may forgo future titles from the cinema as well. “Strange Worlds” was set to release in cinemas on 23 November.

“If Disney decides to offer three or four films per year directly on its platform and is followed by other streamers, notably Warner or Paramount, theaters could miss out on 15 to 20 million admissions per year, and that would represent a loss of EUR €17 million or EUR €18 million that the [French audio-visual body] CNC wouldn’t be able to collect to fund the local industry,” said Comscore France analyst Eric Marti. France and Portugal are the only two countries in Europe where the length of release windows are decided by the government.

Statistics point to a strong recovery for cinemas in Mexico, though not for local content. The Statistical Summary of Mexican Cinema 2021 published last Wednesday (11 May) provides an overview of all key metrics for the largest cinema market in terms of attendance for all of Latin America.

Italy is currently the cinema market struggling the most to recover from the pandemic; not only compared to other countries in Europe but also outside. The box office decrease fluctuates between -55% and -65% with lows of -80% compared to 2019. Unfortunately, summertime in Italy is traditionally a slow box office season and Italy will need more than just blockbusters to reverse the trend.

The absence of older audiences, and the disparity of changing health restrictions in general, and mandatory use of masks specifically, are only two of the causes for depressed theatrical attendance in Italy. A lack of local productions and a steady flow of high profile releases have also been obstacles. Meanwhile, Italian exhibitors are also demanding that the exclusive theatrical release window be longer than 90 days.

Universal Pictures and Amblin Entertainment are trying to make summer 2022 even bigger at the domestic box office, and on screen, by adding two additional blockbusters to the release schedule, both on IMAX. Granted, the movies are four decades old, but they are also some of the biggest movies of all time; “E.T. The Extra-Terrestrial” and “Jaws.”

The trailer for the new IMAX release of “E.T.” will premiere exclusively on screenings of “Jurassic World Dominion” on 10 June, almost 40 years to the day since “E.T.” originally debuted in theaters on 11 June 1982. 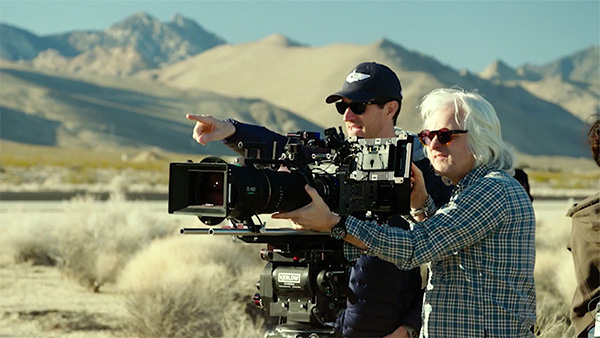 Hear director Joseph Kosinski talk about his experience with the Top Gun universe and how working with Dolby Vision and Dolby Atmos gave him the creative flexibility to tell this action-packed story.