This week was the Thanksgiving Holiday in the United States and US cinema operators are giving particular thanks to Netflix for having gifted them a sequel to a blockbuster with an all-star cast and, most importantly, a full one-month window before it streams. Call it a turkey holiday with a large helping of “Glass Onion” on the side, as Rian Johnson’s follow-up to his 2019 hit “Knives Out” that grossed USD $311 million around the world with a new whodunnit hits the big screen.

It will be the first time that major cinema chains such as AMC and Cineworld-owned Regal show the film, though the third largest chain Cinemark had previously released Netflix films such as “Red Notice” on a small number of screens with a brief window. Across the Atlantic exhibitors are thankull without a holiday to go with it, as AMC’s Odeon, Cineworld and Vue play the film across screens in Europe and selected European markets. Smaller operators such as Everyman and Curzon that previously played Netflix are not left out as they too program it widely.

The early reviews indicate that the film looks set to be a hit both critically and commercially. “Another fun, and scathing, Knives Out mystery,” says The Washington Post, while the Irish Independent gushes that “Rian Johnson’s punchy sequel is a whodunnit laced with humour.”

It would seem that the Benoit Blanc Cinematic Universe is facing a brighter future than the Agatha Christie Cinematic Universe, at least based on the underwhelming performance of the “Murder on the Nile,” even as Sir Kenneth Branagh is racing to complete the third film in that series.

Family get-togethers at Thanksgiving are known for sometimes being tense affairs, where old conflicts come to the surface. But with Bob Iger reinstalled at the top of Disney and Warner Bros. Discovery head David Zaslav stating in no uncertain terms that his studio believes in the theatrical window, even new arrival Netflix at the cinema table should mean no drunken shouting matches about streaming and windows. Especially with reports that Amazon is exploring a theatrical-first strategy with its own film titles.  Netflix reportedly paid a staggering USD $450 million for two “Knives Out” sequels, so surely cinemas couldn’t ask for a bigger gift this US holiday to fill the gap between “Black Panther: Wakanda Forever” and “Avatar: The Way of Water.”

And yet, there is a yet, because Netflix is ultimately about driving people to subscribe and stay with Netflix, rather than going to the cinemas. This “sneak preview” will only see the film play for a one-week window, before we all have to settle back and wait for the Christmas holiday before we can enjoy it in our homes, with hopefully no spoilers or high quality pirate versions to spoil the fun in the interim.

It would be a holiday miracle if “Glass Onion” outgrossed the first film, given that it is only in theatres for a week in hundreds of screens rather than thousands. Of course, we’ll never know, since Netflix isn’t reporting grosses for the film.  Netflix will be watching and analysing the box office figures closely, but ultimately it will be Wall Street that decides if the Netflix strategy of releasing films in cinemas and seeing ancillary (pre-cillary?) revenue from this platform will reverse the slide in its share price this year.

The Cinema Foundation’s study with The Quorum released this week shows that television shows topped the interest of what cinema goers would like to see on the big screen. If “Glass Onion” is a big enough cinema and streaming success, maybe we won’t just see “Knives Out 3” released for longer than just a week, but “sneak peaks” of the next seasons of “The Crown” and “Stranger Things” in cinemas. Surely that would make the whole family happy. 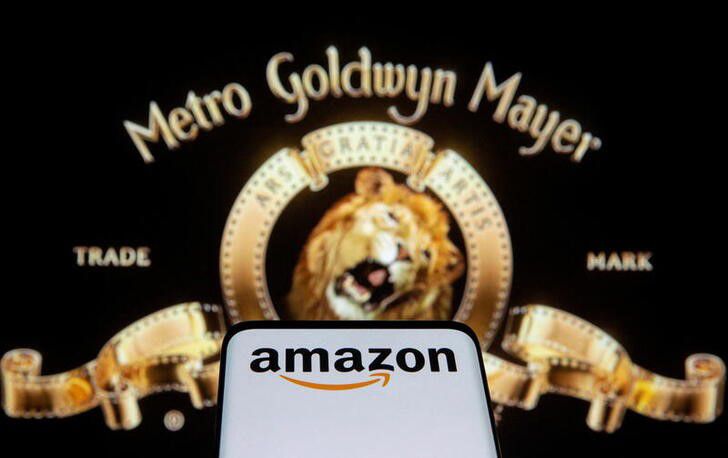 Amazon to Spend $1 Billion Per Year on Theatrical Films

Amazon is reportedly planning to spend up to USD $1 billion per year on 12-15 feature films that will have a theatrical release. The news comes at a time when there is a shift away from exclusive or simultaneous release of big budget films on streaming platforms, in favour of a traditional theatrical window of exclusivity. Amazon would thus be joining both streamers such as Netflix and traditional studios such as Disney and Warner Bros in affirming the financial importance of a theatrical exclusivity window.

According to Bloomberg, which first reported the plans, Amazon will initially release a handful of films in cinemas next year and grow the number of theatrical films over time. The move would eventually put Amazon on par with legacy Hollywood studios such as Paramount and Disney. Shares of cinema companies rose by between two and seven percent on the news of the move. Amazon previously spent USD $8.5 billion to acquire MGM and its library of titles that included the James Bond, Pink Panther and Rocky films. With around 24 film releases per year, Amazon is still far behind Netflix, which puts out around 100 films per year globally on its streaming service.

The news comes just as Netflix is releasing “Glass Onion: a Knives Out Mystery” for a one week “sneak preview” in multiplexes belonging to all the major cinema operators in the United States and Europe, a full month ahead of the film’s streaming release. With new CEOs in charge of both Disney and Warner Bros., the two studios that had pushed day-and-date releases for their respective streaming platforms Disney+ and HBO Max are now re-evaluating and even re-affirming the importance of the theatrical release window in terms of generating lifetime value for their largest feature films.

French startup Ozzak wants French people to go to the cinema more often, by launching a scheme for cheaper off-peak tickets targeting casual cinema-goers. France is one of the last major territories with a significant domestic film industry to see a return of cinema attendance close to pre-pandemic levels. While the French cinema industry is notoriously conservative, the scheme has been tested successfully and now embraced by several cinema operators in Paris.

After several months of relatively low cinema attendance, French cinemas saw 14.26 million admissions in October this year, matching the number of October 2021, partly thanks to several well-performing local releases. However, these numbers are still -24% below the average for October in the period 2017-2019. This has led to a lot of soul searching by the French cultural establishment and a fierce debate about whether high ticket prices (or a perception of them as expensive) is keeping French audiences away from cinemas. Into this steps Ozzak, with a mission of working with cinemas to increase attendance of non-frequent cinema-goers, says co-founder Sylvain Mante:

“We are inspired in part by yield management [which varies the price according to demand], which is widely used in trains, airplanes and hotels, except that we only offer prices that are equal to or lower than the discounted prices or the prices offered by subscription packages.”

The company says it has deals with 23 cinemas, including  Le Grand Rex and L’Epée de Bois, in Paris, independent or small circuits in the Pays de la Loire, Aquitaine and Rhône-Alpes regions. However, the company has no deal with any of the four major French cinema operators UGC, Pathé, CGR or MK2. The company tested its proposition at a cinema in Nantes for nine months before rolling it out more widely. The price of the tickets vary, ranging from EUR €3.50 to €8 (for Le Grand Rex), but below that of the cheapest tickets the cinemas offer. Ozzak gets a commission on each ticket sold and hopes to be profitable within three years.

Cinionic, a leader in laser-powered cinema solutions, is returning toCineAsia 2022 for the convention’s inaugural year in Thailand. With over 100,000 projectors installed around the world, Cinionic is focused on enabling a sustainable future for cinema with innovative solutions. Cinionic’s exhibition space, dubbed Cinionic World, will showcase the company’s award-winning all-laser portfolio of cinema solutions and live demos. Cinionic World has been to CinemaCon and CineEurope and will make its CineAsia debut this year at the show’s new home at the True Icon Hall in Bangkok, December 5-8, 2022.

“We are proud to return back to CineAsia in a new era of innovation and advancement in cinema,” said Wim Buyens, CEO, Cinionic. “Sustainability is key for businesses today, including exhibition. Through technology like laser projection, we are increasing efficiency, reducing waste, and lowering energy consumption for a greener way to experience cinema.”

On Wednesday, 7 December, the company will present “2022 Cinionic Innovator Award” at the conference to TOHO Cinemas for their work to deliver elevated cinematic experiences to moviegoers throughout Japan with laser projection. The 2020 winner, Event Cinemas of Australia, will also be recognized after their award was postponed when the convention went on hiatus during the pandemic. The Cinionic Innovator Award honors the exhibitor in the APAC region who has shown a true commitment to wowing audiences with the latest in visual presentation technology while also contributing to a greener future for our planet.

As well Cinionic’s laser portfolio of cinema services and solutions will be on display at Cinionic World, in the VIP Cinema Lounge #1 in Major Cineplex’s Icon Cineconic Theatre throughout the show. 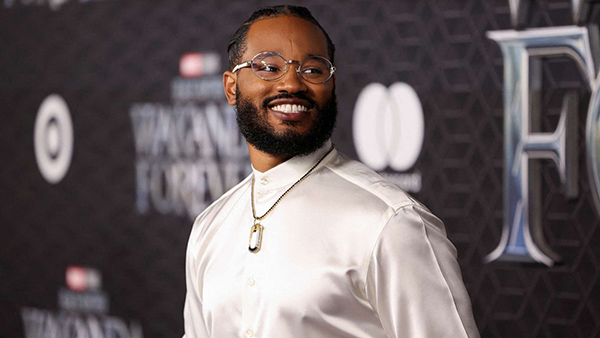 Feel the impact of Wakanda Forever

Director Ryan Coogler and composer Ludwig Göransson use Dolby Vision and Dolby Atmos to convey a thrilling and meaningful story that blends on- and off-screen tragedies.